SILVER SPRING, Md. (AP) — RadioShack, a fixture at the mall for decades, has been pulled from brink of death, again. It’s the most prized name in the basket of brands that entrepreneur investors Alex Mehr and Tai Lopez have scooped up since the coronavirus pandemic bowled over the U.S. […]

SILVER SPRING, Md. (AP) — RadioShack, a fixture at the mall for decades, has been pulled from brink of death, again.

It’s the most prized name in the basket of brands that entrepreneur investors Alex Mehr and Tai Lopez have scooped up since the coronavirus pandemic bowled over the U.S. retail sector and sent a number of chains into bankruptcy protection. Those brands so far include Pier1, Dressbarn and Modell’s.

Mehr and Lopez plan to make RadioShack competitive again, this time online, rather than on street corners or in malls. However, unlike RadioShack’s glory years, it’s Amazon’s
AMZN,

The big question is this: How much value does the RadioShack brand have when the prized target audience of millennials or Gen Z have likely never owned a radio, let alone stepped inside a store?

“It’s a very thin line between being iconic and being dead,” said Robert Passikoff, founder and president of Brand Keys Inc., a marketing and research consultancy. “Being iconic a lot of the time just means people have a memory of it. I’m not sure that just remembering something is leverageable enough to be able to convert something into success.”

“
After store redesigns and other changes failed to draw customers, the Fort Worth, Texas, retail chain filed for Chapter 11 bankruptcy protection in 2015 — and then again two years later.
”

Success is something that’s been in RadioShack’s rear-view mirror for quite some time. The company, which would celebrate its 100th birthday in 2021, appeared to be on top of the tech world in the pre-personal computer days of the late 1970s and early 1980s, the place kids and hobbyist would go to buy radios, walkie-talkies and all the parts to fix them, or even build them themselves.

Somewhere along the way, “The Shack” got lost. Unable to capitalize on the PC boom that began in the mid-eighties, it also found itself largely on the outside of the portable device revolution of the aughts and drifting toward irrelevancy. It booked its last profit in 2011. After store redesigns and other changes failed to draw customers, the Fort Worth, Texas, company filed for Chapter 11 bankruptcy protection in 2015 and then again two years later.

Mehr and Lopez have no designs on rebuilding the brick-and-mortar RadioShack empire. But they say there is a path back to profitability, and it all starts with the name.

Mehr said REV’s formula for measuring public opinion of a brand differs significantly from the way other experts value such things, including their own polling and analysis of how the company might work in a specific “ecosystem.”

The plan, in short, is to build a vast online marketplace on top of the RadioShack brand. Trust in that name will get consumers to the site, where the quality and variety of merchandise will dictate whether or not shoppers click the “Buy” button, they say.

Since it was founded in 2019, REV has been in the hunt for other names that could once be described as “household.” It’s turned Pier1, Dressbarn and Modell’s into online-first businesses.

Other bankrupt retailers have found a second life online. The overhead is low and there are people who remain loyal to the brand, even after the store lights go out. But they are typically much reduced affairs. American Apparel, which went bankrupt and closed all its stores a few years ago, now sells hoodies and sweatpants online. Toys R Us, which closed its doors two years ago, opened a couple of small stores and it has a website.

However, the Toys R Us site redirects those who want toys to Amazon.com.

REV says that its much leaner RadioShack will sell from its own website and an Amazon storefront. RadioShack was the place to go for batteries, phone chargers and headphones. Those are products that Amazon sells under its own brand name in vast quantities.

have been able to slow Amazon’s encroachment, but Amazon is the ultimate disrupter. It has upended industries from tech and grocery, to global shipping.

If Amazon is the biggest threat to some of America’s largest corporations, what are the prospects for a relic from the 1980s?

“Amazon is the Death Star,” said Allen Adamson, co-founder of the marketing strategy firm Metaforce. “They have everything and it’s easy and fast. There’s no need to go to your corner RadioShack to find something, or even to RadioShack online.”

Yet Mehr doesn’t look at Amazon as a competitor. Rather, he said, it’s another channel where RadioShack can sell its products.

“It’s like a big mall with a lot of traffic,” Mehr said. “So I think of Amazon as a partner, and I’ve done that in other brands, too. So this is yet another distribution channel for us.”

REV bought RadioShack from General Wireless Operations Inc. for an undisclosed amount this year. The former owners have retained a minority stake, betting on the social media marketing expertise of Mehr and Lopez.

The new owners say they hope to have RadioShack.com open for business by the end of the month. About 400 RadioShack locations remain open, but operate independently from the REV-owned parent company.

Tue Nov 24 , 2020
You can get Xbox Live by signing up for a Microsoft account through the Xbox website or your Xbox One console. Xbox Live’s free subscription tier lets you download games and apps, stream videos and movies, and make a “Gamertag” — your online username. Xbox Live is free to join, […] 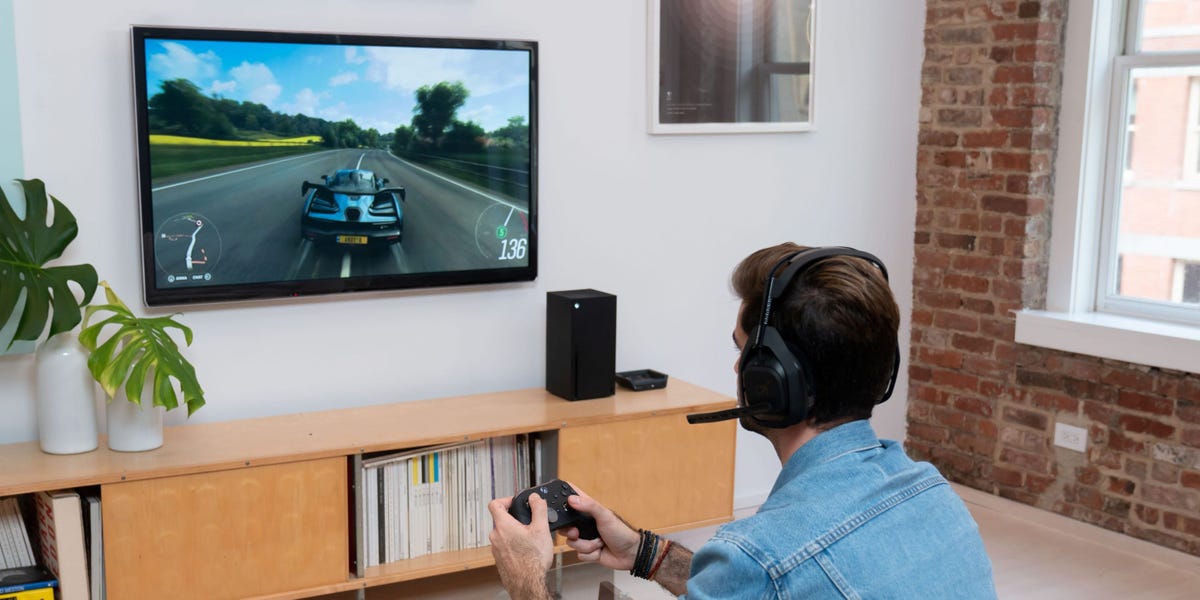