Aurich Lawson / Getty Images Streaming platform Twitch this week surprised many of its users when it sent out a huge batch of copyright takedown emails. These messages not only didn’t tell streamers what supposedly infringing content they posted, but it also said that Twitch had simply deleted content outright […]

Streaming platform Twitch this week surprised many of its users when it sent out a huge batch of copyright takedown emails. These messages not only didn’t tell streamers what supposedly infringing content they posted, but it also said that Twitch had simply deleted content outright without giving users a chance to appeal.

Many Twitch “partners”—the folks who make actual money from their Twitch participation—received emails on Tuesday warning that some of their archival content was about to be deleted for violating copyright law.

“We are writing to inform you that your channel was subject to one or more of these DMCA takedown notifications and that the content identified has been deleted,” a screenshot of the email posted to Twitter by streamer Devin Nash reads. The email then goes on to recommend that users familiarize themselves with Twitch’s guide to copyright law before “normal processing” of DMCA notifications resumes on Friday (October 23).

The Digital Millennium Copyright Act (DMCA), which has governed online copyright matters in the United States since 1998, has what’s known as a safe harbor provision in it. Sites that host content, such as Twitch, can’t be sued for hosting infringing materials if they respond quickly to notices from copyright holders informing them of the violation—thus, the takedown notice. A content owner, or a bot like YouTube’s Content ID system, flags content, and the platform then removes it as quickly as possible, notifying the person who shared it.

However, under the DMCA, users are also supposed to be able to appeal those rulings with a counter-notification, and Twitch does indeed have a counterclaim process. In order to file a counter-notification, affected users have to submit a written notice that includes, among other things, an identification of what material was removed or had access disabled, with a link; full name, address, and signature; and a statement, sworn under penalty of perjury, that the material “was removed or disabled as a result of mistake or misidentification.”

This time around, though, users aren’t getting that option. Twitch not only didn’t actually tell users what infringing content was connected to their account—it just went ahead and deleted everything permanently anyway, according to the emails:

We recognize that by deleting this content, we are not giving you the option to file a counter-notification or seek a retraction from the rights holder. In consideration of this, we have processed these notifications and are issuing you a one-time warning to give you the chance to learn about copyright law and the tools available to manage the content on your channel.

The deletions and notifications are apparently related to a “sudden influx of DMCA takedown requests for clips with background music from 2017-19” that Twitch said in June it had received. Those, in turn, apparently stemmed from a sudden increase in action by the RIAA at the time. According to an August CNN report, the RIAA sent more than 1,800 copyright infringement notices to Twitch in June alone, whereas it had previously sent only about 700 total across the previous three years.

Part of keeping your safe harbor liability protection is dealing with notices as quickly as possible. Sitting on a massive pile of notifications, to deal with one at a time over the course of months, doesn’t really qualify as “quick” by any measure, so Twitch found a way to act in bulk. A representative for Twitch confirmed to Kotaku that the company went for a mass action because it was dealing with “thousands” of backlogged infringement notifications from the holders of music rights.

Once Twitch is caught up, it plans to handle future infringements on a “normal” basis. In June, the company said it was expanding its use of automated technology to scan archived clips for copyrighted music and added that it would automatically delete clips it found to be violating copyright, rather than penalizing streamers for them. The company reiterated that position yesterday, and that procedure goes into effect on Friday.

In the meantime, however, Twitch’s advice to streamers is unhelpful, to say the least. Not only do users have no way to know which of their clips were flagged, but Twitch’s best advice seems to be “delete everything.”

“To avoid receiving a DMCA takedown notification for the recorded content that remains on your channel, we recommend you take the following actions,” Twitch wrote in the emails. “Review your Clips, VODs, and any other content in your Creator Dashboard and delete anything that includes unlicensed copyrighted material. If you are unsure about the contents of your archive, you can delete all of it.”

Twitch did not provide users with a tool to mass-delete or mass-archive their content, although Justin Ignacio, one of Twitch’s founders (who left the company in 2018) shared a third-party tool for doing so on Twitter.

How Joe Biden’s Tax Plan Could Affect You

Thu Oct 22 , 2020
WASHINGTON—In the closing weeks of the campaign, President Trump is increasingly focusing attention on rival Joe Biden’s tax proposals. Mr. Trump said in a tweet that “BIDEN is going to raise your taxes at a level never seen before.” Here are some common questions. How big is Biden’s proposed tax […] 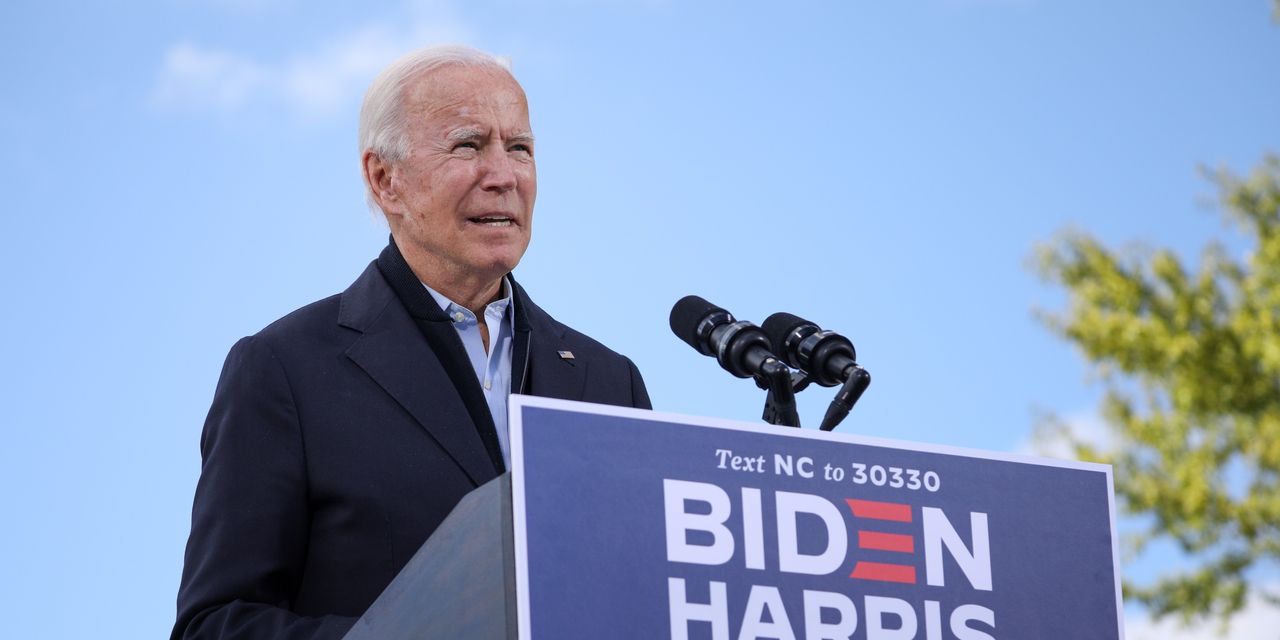