Sign up to our Brexit Bulletin, follow us @Brexit and subscribe to our podcast. Britain’s businesses had a clear response to U.K. Prime Minister Boris Johnson after he told them to get ready for a no-deal Brexit: Don’t do this in the middle of a pandemic. The premier issued his threat on Friday, saying […]

Britain’s businesses had a clear response to U.K. Prime Minister Boris Johnson after he told them to get ready for a no-deal Brexit: Don’t do this in the middle of a pandemic.

The premier issued his threat on Friday, saying the European Union was refusing to “negotiate seriously.” Johnson’s remarks were quickly followed by warnings from the nation’s trade groups of the cost and disruption that would be triggered by a departure from the bloc without a trade agreement.

“After four years of negotiations and so many hurdles crossed, this is no time to give up,” Carolyn Fairbairn, director-general of the Confederation of British Industry, the nation’s biggest business lobby, said in a statement. “A deal is the only outcome that protects Covid-hit livelihoods at a time when every job in every country counts.”

The Institute of Directors said a poll of its 26,000 members found that 54% thought that ending the Brexit transition period on Dec. 31 without a trade agreement would exacerbate the impact on their businesses of Covid.

The nation’s smaller companies had a similar view. They still don’t know what trading relationship they will face with the bloc as time runs out, and many don’t have the resources to prepare, according to Mike Cherry, national chairman of the Federation of Small Businesses.

“They’re being told to both prepare and simultaneously manage a fresh set of Covid restrictions,” he said in a statement. “Many simply don’t have the time or money to make adjustments, even if they want and need to.”

Johnson had previously said Oct. 15 would be the deadline for assessing whether there was a clear path to a trade deal. If not, that would be the time to walk away from talks, he had said.

His announcement that business must prepare for the resumption of trade tariffs and quotas with Britain’s biggest trading parter came just as his government tightened restrictions in a number of U.K. regions to contain the spread of the virus.

London and Paris Steel for Curbs to Check Spreading Virus

The capital is among those facing stricter rules. Catherine McGuinness, policy chair of the City of London Corporation, highlighted the strains caused to the financial industry from the push to get more people to work from home, as she urged that government efforts are “redoubled” to reach a Brexit deal.

While any deal now would be “very light on detail,” it would be “much better if we leave on a harmonious basis than have a no-deal exit,” she said in an interview. “My biggest fear is an acrimonious exit.”

Britain’s retail and food and drink industries, which together employ well over five million people, have reacted with dismay to the prospect of a return of tariffs and snarls at key entry points. Shops are already struggling to cope with the closures and distancing required by virus containment measures, as well as the surge in online shopping.

John Allan, chairman of Britain’s largest supermarket chain, Tesco Plc, told Bloomberg Television on Friday there could be short-term shortages of some fresh food if there was “dislocation” at U.K. entry ports.

“There is nothing retailers can do to insulate consumers from the impact of 3 billion pounds ($4 billion) of new tariffs on food in our supermarkets,” said Helen Dickinson, chief executive officer of the British Retail Consortium, in a statement. “Moreover, new checks and red tape that will apply from 1st January will create additional disruption in the supply of many goods that come from or through the EU.”

Automakers, whose just-in-time factories depend on an uninterrupted flow of goods through ports, share the concerns about queues of trucks stuck at the border.

“Businesses have been battling coronavirus at the same time as investing heavily in decarbonisation, all while preparing as best they can for a seismic change in trading conditions come year end,” Mike Hawes, chief executive of the Society of Motor Manufacturers and Traders, said in a statement. “But to avoid permanent damage, we urge both sides to keep talking, to remain calm but work with renewed vigour on a deal.”

Sat Oct 17 , 2020
In , Mashable explores online life through 2007 — back before social media and the smartphone changed everything. When’s the last time you used Yahoo for…anything at all? Your answer might just depend on a simple question: Do you play fantasy football? That’s because even as Yahoo has faded toward […] 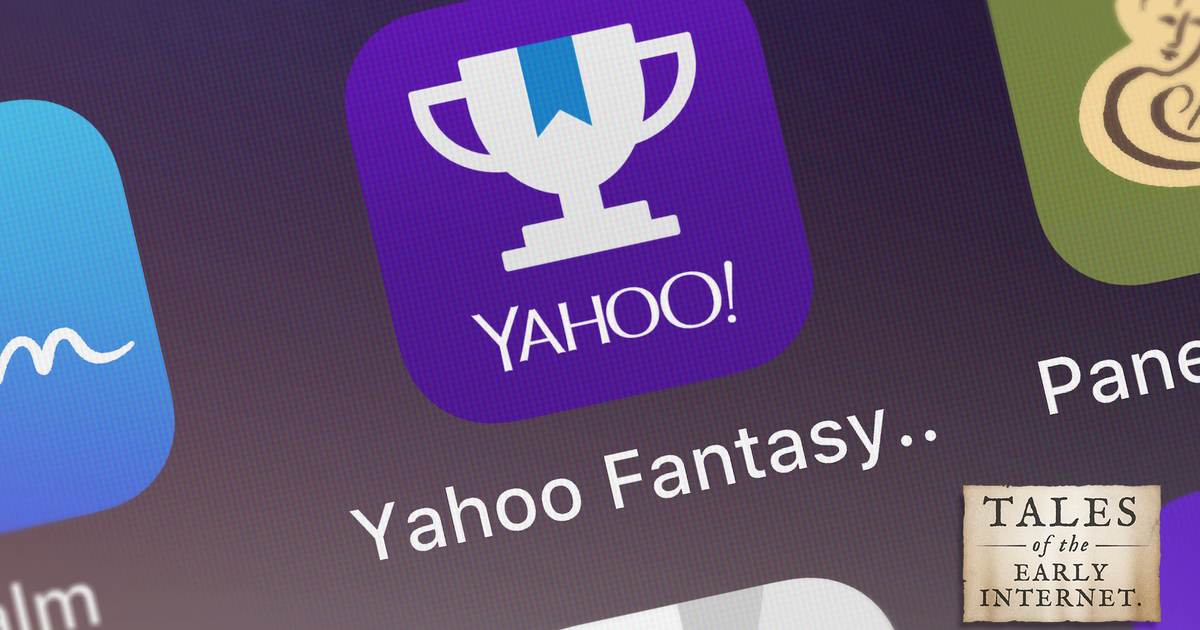