The U.S. reported the most COVID-19-related deaths in one day since May but California was showing signs of improvement Thursday. A Labor Department report on new unemployment claims due out today is expected to reflect the mixed bag of national virus data, with over 1 million Americans expected to file. […]

The U.S. reported the most COVID-19-related deaths in one day since May but California was showing signs of improvement Thursday.

A Labor Department report on new unemployment claims due out today is expected to reflect the mixed bag of national virus data, with over 1 million Americans expected to file.

The latest daily U.S. death toll was 1,499, pushing the nation’s death toll above 166,000, the Johns Hopkins data dashboard reported Thursday. The U.S. was closing in on 5.2 million confirmed cases. Iowa reported its 50,000th case and Illinois was on the verge of its 200,000 cases.

California is seeing a decline in confirmed infections of COVID-19 and hospitalizations rates. Gov. Gavin Newsom said the state is “turning the corner on this pandemic” as it reported a significantly lower number of daily cases Wednesday.

College football continues to make news. The Big 12 Conference announced Wednesday that it will move ahead with its fall college football season. Its championship game has been scheduled for Dec. 5. The announcement comes a day after the Big Ten and Pac-12 conferences postponed their seasons until spring.

📈 Today’s numbers: Worldwide, there have been almost 750,000 deaths and more than 20.6 million cases, according to John Hopkins University data.

📰 What we’re reading: The coronavirus pandemic will affect back to school shopping season this year as some schools across the country are still deciding whether to begin the year in person or online-only.

Basic hand-washing at schools around the world a struggle

The United Nations estimates that 43% of schools around the world don’t have access to water and soap for basic hand-washing. The new report comes as countries wrestle with when and how to safely open schools amid the COVID-19 pandemic. The report by the World Health Organization and UNICEF says more than one-third of the 818 million children around the globe who lacked basic hand-washing facilities at their schools last year are in sub-Saharan Africa.

“We must prioritize children’s learning,” said UNICEF executive director Henrietta Fore. “This means making sure that schools are safe to reopen – including with access to hand hygiene, clean drinking water and safe sanitation.”

California is seeing a decrease in COVID-19 confirmed cases and hospitalizations as the state begins to clear backlogged cases caused by a technical glitch, Gov. Gavin Newsom said Wednesday. Hospitalization rates are down 21% with ICU admissions down 15% over the past two weeks, according to Newsom.

The state reported 5,433 new infections Wednesday, which Newsom referred to as “another indication that we’re turning the corner on this pandemic.” Last month the state reached a record number of 12,807 new daily cases amid the pandemic.

Report: Arizona has highest number of COVID-19 infections among children

Arizona is leading the country with its rate of COVID-19 infection among children, a national report says, though there are some limitations to the data. The report, from the American Academy of Pediatrics and the Children’s Hospital Association, is updated weekly, with the most recent update published on Aug. 6. In both its July 30 and Aug. 6 rankings, Arizona led the nation in COVID-19 infections in children.

Arizona’s pediatric rate is reflective of its overall COVID-19 infection rate, which remains one of the highest in the country when all age groups are included. The state’s rate of cases in children and young adults ages 19 and younger is 1,206.4 per 100,000 people in that age group, and it’s the only non-Southern state in the top five. The states with the top rates in order are Arizona, South Carolina, Tennessee, Louisiana and Mississippi.

The number of Americans filing new unemployment claims may continue to seesaw, creeping up, then slightly falling, but the level will likely remain high as economic uncertainty lingers amid surges in coronavirus cases. About 1.25 million Americans filed initial applications for unemployment insurance last week, economists estimate.

That would be a slight increase over the previous week and comes as out-of-work Americans make do without the extra $600 federal weekly benefit that began during the pandemic but ended in July.

Unemployment fell to 10.2% in July, down from 11.1% in June. But the fledgling economic rebound has been uneven, with rehiring increasing in certain industries while stalling in others.

Disney World cast members to get COVID-19 testing after dispute

Florida will begin providing coronavirus testing for Disney World cast members this week, ending a nearly two-month dispute with a union that represents stage actors at the park. According to Disney, the testing site will be run by the Florida Division of Emergency Management, and will be located on Disney property, though not in the park. Testing will be available to Disney employees and visitors, as well as Florida residents.

Disney officials said in a notice to its workers that there would be a dedicated testing lane for its workers and their families, and that reservations could be made for testing starting Thursday. “As a reminder, testing is voluntary and cast members will not be paid for testing time,” the notice said.

According to Kate Shindle, president of the Actors’ Equity Association, the union has signed a memorandum of understanding with Disney for hundreds of actors to return to work. The union began pushing Disney World to offer testing for its members in late June, before the park’s July reopening.

Americans across the political spectrum support temporary immigration restrictions to prevent the spread of COVID-19, but the nation remains divided when it comes to immigration enforcement, including President Donald Trump’s push to expand the southern border wall, according to a national survey released Thursday.

As the coronavirus continues to spread throughout the U.S., a large majority of Republicans (81%), a plurality of Democrats (49%) and a majority of independents (62%) said the U.S. government has done right by temporarily enacting immigration restrictionsin an effort to slow the spread of the pandemic. The national survey was conducted in May, after the president issued travel restrictions against China, Europe, Mexico and Canada.

After a unanimous vote Wednesday from the Seattle School Board, the state’s largest school district will begin the academic year remotely, The Seattle Times reported.

The school board, however, has directed the superintendent to explore the creation of outdoor classes. And the plan does little to explain what fall learning would look like for the system’s 50,000 children.

Most of those details will be negotiated between the teachers’ union and the district, such as parameters for how teachers spend their time, and support for students.

A recent survey serves as a small snapshot of a national problem that some fear may be exacerbated in the fall as children return to school for in-person instruction.

The national survey, released Wednesday and conducted by Orlando Health, found the vast majority of parents believe vaccines are the best way to protect their children from infectious diseases, but two-thirds are still nervous to take their kids to their pediatrician’s office due to COVID-19.

While it’s not certain if the new school year will bring about a new outbreak, doctors say it’s not out the realm of possibilities. Experts urge parents who have missed their child’s scheduled vaccinations to call their doctor and set up a plan to catch up.

Thu Aug 13 , 2020
By Aradhana Aravindan and Anshuman Daga SINGAPORE (Reuters) – In the early weeks of the coronavirus outbreak, Anthony Tan, the CEO of Southeast Asia’s biggest ride-hailing firm, recalls how he mistook the infection to be a China-only problem, similar to the Severe Acute Respiratory Syndrome in 2003. As COVID-19 turned into […] 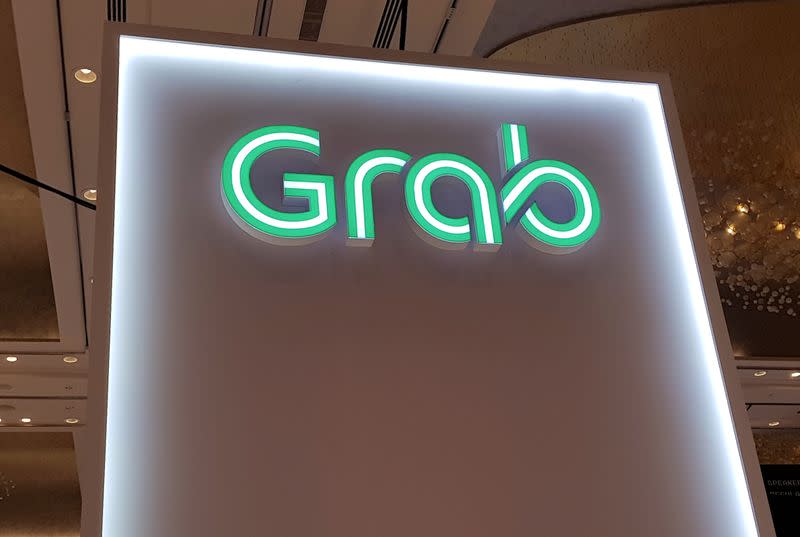