The two ride-hailing giants, along with DoorDash, Instacart, and Uber-owned Postmates, spent more than $200 million to pass Proposition 22 or Prop 22 in California — a reaction to a state labor law, Assembly Bill 5 or AB-5, that went into effect on January 1 and codifies an “ABC” test […]

The two ride-hailing giants, along with DoorDash, Instacart, and Uber-owned Postmates, spent more than $200 million to pass Proposition 22 or Prop 22 in California — a reaction to a state labor law, Assembly Bill 5 or AB-5, that went into effect on January 1 and codifies an “ABC” test to determine if workers are employees who are entitled to labor protections and benefits.
Classifying on-demand workers as employees has long been viewed as a potential existential threat to the business model popularized by Uber (UBER) and Lyft (LYFT). The companies scaled their businesses with massive fleets of workers who are treated as independent contractors, shirking the responsibility of costly benefits entitled to employees, such as a minimum wage, overtime, paid sick leave and unemployment insurance.

After their Election Day victory, the companies were quick to signal they would pursue models similar to Prop 22 outside the state, underscoring how their business models remain on unsteady ground.

Uber CEO Dara Khosrowshahi said on the company’s November 5 earnings call that, “you’ll see us more loudly advocating for new laws like Prop 22,” calling it an “IC+ model,” short for independent contractor plus some benefits. He added “we want to have a dialogue” with governments in other states. Lyft CEO Logan Green echoed that sentiment days later on its earnings call, saying it is “continuing to engage with policymakers across the country.”

Jenny Montoya Tansey, policy director at the Public Rights Project, a public interest legal nonprofit that has been involved with AB-5 enforcement efforts in California told CNN Business that it is “not surprising to me to hear that Uber and Lyft are now saying they want to take the fight to other states — because they’re going to need to.”

Many other states have some form of ABC test for unemployment insurance eligibility, with several states determining that Uber and Lyft drivers are owed such coverage. Massachusetts, which has a law similar to California’s AB-5, is currently challenging Uber and Lyft over how they classify workers, which the companies have indicated they intend to fight.

Montoya Tansey said that the attention that the AB-5 law, and the ensuing enforcement action, received “shone an even sharper light for other states and cities around the country to start thinking about pursuing these companies on worker rights.”

“They had a good month,” she added. “But I don’t think that necessarily means things are always going to be good for them in the future.”

Shannon Liss-Riordan, a Boston-based lawyer who has been challenging Uber and Lyft over worker classification through various lawsuits for seven years, told CNN Business that it is clear the gig economy companies have been “emboldened from what they were able to pull off in California.”

Californians were bombarded with the Yes on Prop 22 messaging, as the companies waged an aggressive campaign of television ads, in-app messages, and confusing mailers.

“It really was information warfare — and, given the war chest the gig economy companies had and the access to so many people, they were able to win that information war,” added Liss-Riordan, who secured a $20 million settlement from Uber in 2019 in a class action lawsuit over alleged misclassification of some California and Massachusetts drivers.
(In a statement at the time, a spokesperson said the company “has changed a lot since 2013,” citing improvements in the app for drivers, and that it would “continue working hard to improve the quality, security and dignity of independent work.”)
Even with the passage of Prop 22, Uber and Lyft still have to answer to a lawsuit brought by the California Attorney General and a coalition of city attorneys over driver classification, for which they may be held responsible for violations of the AB-5 law up until Prop 22 takes effect; they’re also facing a suit from the California Labor Commissioner, which the companies have pushed back on.

President-elect Joe Biden and Vice President-elect Kamala Harris called for “no” votes on Prop 22, with Biden saying the gig economy companies “are trying to gut” the AB-5 law and calling it “unacceptable.” Harris similarly took issue with the companies trying to “exempt themselves from providing essential protections and benefits.”
How gig workers should be classified is still up for debate at the federal level. But, the Trump administration’s Department of Labor proposed a rule in September under the Fair Labor Standards Act, or FLSA, that would make it easier for the companies to classify drivers as independent contractors. The FLSA establishes baseline standards like minimum wage and overtime for employees, and the proposed rule “would make it easier for corporations to cheat their workers and avoid minimum wage and overtime protections,” according to the National Employment Law Project.

William Gould IV, a Stanford University law professor and former National Labor Relations Board chairman, told CNN Business that while “it’s early days,” the companies are “likely to face some kind of pushback at the national level. We’ll see some tip-off when we see who is appointed Secretary of Labor.”

Biden has also endorsed the Protecting the Right to Organize Act or Pro Act, which provides new protections to workers around the right to organize. It expands who has the right to unionize by using an “ABC” test to determine if workers are employees. He has pledged to appoint members to the NLRB “who will protect, rather than sabotage, worker organizing, collective bargaining, and workers’ rights to engage in concerted activity whether or not they belong to a union.”

Meanwhile, the companies will continue to push for a “third way,” something in between independent contractors and employees. That approach includes a portable benefits fund that workers can put towards health insurance or paid time off. Notably, among those who have advocated for a “third way” is Seth Harris, who is part of Biden’s transition Labor team and was acting Secretary of Labor during part of the Obama administration.

Vanessa Bain, a California-based gig worker and founder of a non-profit Gig Workers Collective, said she doesn’t expect the fight for proper benefits and protections to get much easier.

“It is not as simple as ‘Biden is President.’ It is still going to be an uphill battle,” she told CNN Business, while adding that the national fight is what’s next. “We’re in a situation where, excluding legal remedies to Prop 22, we really need to go above its head and go to the federal level.”

Bain said her organization is talking to allies to strategize on what’s next.

“We absolutely took a major L – it doesn’t feel good but I do feel more committed than ever to the work of ensuring gig workers are properly classified,” added Bain.

A deal with labor?

Lyft cofounder and president John Zimmer told the Los Angeles Times after Prop 22’s passage that he’s open to striking a deal with labor unions in California, something that could help bolster the positioning of the companies when pushing a Prop 22-like model in other states.

“I’d rather stand in the same room talking across the table than not talking to each other,” Zimmer said in an interview on CNN International’s First Move with Julia Chatterley last week, adding that the company has spoken with unions in recent years but never reached a deal. “I’m hopeful we can continue those conversations.”

In the past, companies have expressed interest in sectoral bargaining — which would allow drivers to organize on an industry-wide basis — while remaining independent contractors.

Rome Aloise, International Vice President of Teamsters, told CNN Business said it talked with Uber and Lyft for several years but never got close to a deal. The sticking point has been employee status and striking something good for drivers, that would also protect “our traditional companies from being sucked into this big abyss.” Teamsters represents hundreds of thousands of UPS workers, for example.

“We stand, and will continue to stand, with rideshare drivers in their fight to improve working conditions, pay and win a voice at work,” said Mary Kay Henry, the president of the Service Employees International Union, in a statement.

Teamster’s Aloise said there’s interest in talking — “you can’t find a solution if you’re not talking” — but not to expect anything imminent.

“I don’t want to give the impression there’s something out there that could be easily done, I don’t think we’re any place close at this point,” Aloise said. “We haven’t had any discussions since Prop 22 passed, I can tell you that.”

Sun Nov 15 , 2020
RALEIGH, N.C. (WNCN) – As COVID19 continues to spread, health officials are encouraging people to skip the traditional Black Friday shopping frenzy, and shop online this year. However, the Better Business Bureau has a warning before clicking add to cart, saying online shopping scams have spiked since the start of the […] 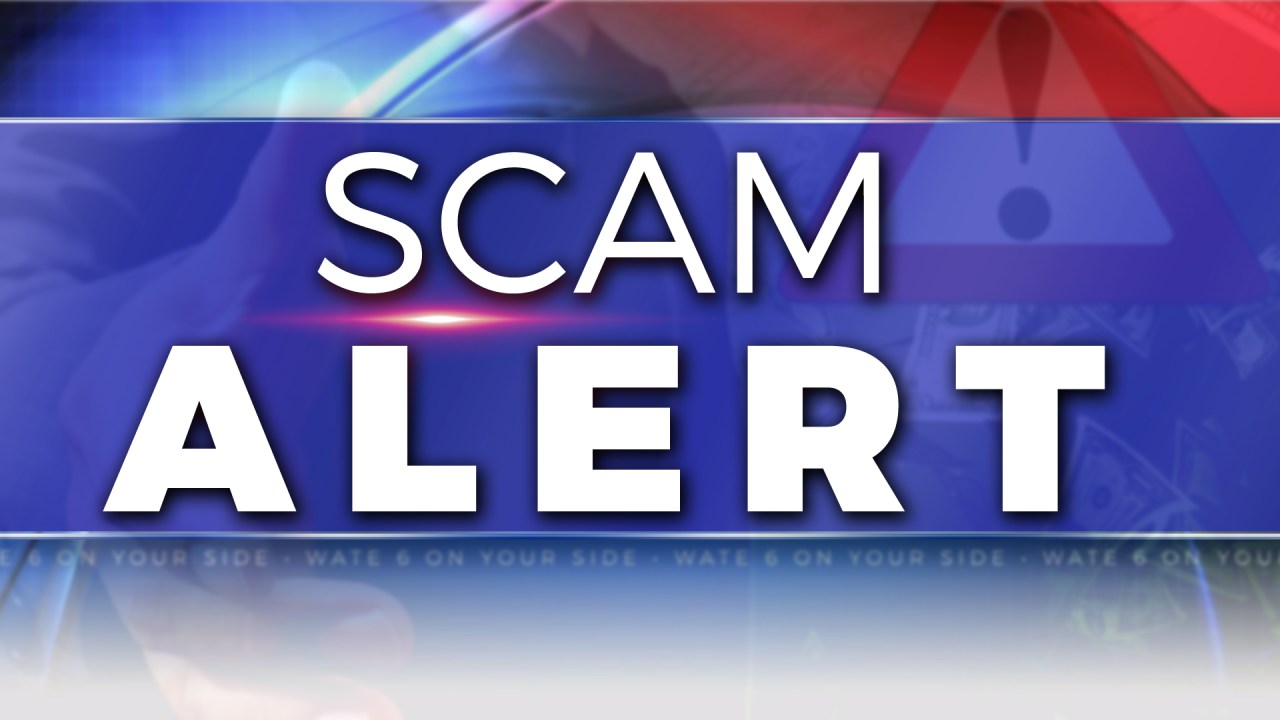