Need help with housework, an extra pair of hands during a move or some one-off development for your small business? University of Delaware sophomores Sean Gupta and Shahroze Ali have the answer — an online platform they created called Backyard Gig. Gupta, a computer science major, explained that the idea […]

Need help with housework, an extra pair of hands during a move or some one-off development for your small business? University of Delaware sophomores Sean Gupta and Shahroze Ali have the answer — an online platform they created called Backyard Gig.

Gupta, a computer science major, explained that the idea for Backyard Gig came to him last fall. During his first semester at UD, he took an entrepreneurship class in which the professor encouraged students to keep a notebook handy and write down social problems they observed around them.

“Students needed a way to make money that fits in seamlessly with their school schedules,” Gupta said. “Residents – they’re always looking for someone to do work for them.”

He tossed the idea around in his head for a while before bringing on Ali, an earth sciences major and friend from high school, in January. The pair entered a number of funding competitions, coming in third place in UD’s Pitch Party competition. They also participated in Summer Founders, a 12-week program which helps rising entrepreneurs develop their business strategies.

Ali said consumer interviews with more than 100 students and Newark residents showed a need for a platform that brings the two groups together.

“We’ve learned a lot,” Ali said. “The two sides want to interact with each other, but there’s no bridge for that interaction.”

With the online platform still in its early stages, Gupta said it can help Newark homeowners and business owners build a rapport with students. Locals can create a profile and list projects for which they need help. Students create their own profiles, and can browse the listings to find projects that match their skills.

Backyard Gig is still in its beta form, meaning Gupta, Ali and their friends are the ones completing tasks around Newark. Gupta could not give firm data on the number of users who have used the site to date.

He explained that tapping into the talent pool at UD can help local homeowners and business owners get things done on tighter budgets.

“If someone needs a website designed for a local business, but they don’t want to spend $5,000 to go with a professional, there are tons of students at the university that have experience with web design,” Gupta said. “The student is able to make some money without having to struggle balancing a part-time job and school, and the small business is able to get their website done without having to pay an arm and a leg.”

Ultimately, they hope the site will have expanded functionality, including scheduling and payment processing. They also could use an algorithm to promote users who had good reviews from completing tasks.

They’re also eyeing expansion into other college towns, likely starting with Dover or Philadelphia. Gupta said he thinks Newark residents trust college students to do a good job, which distinguishes the platform from other sites where anyone can advertise for needed work.

The site also keeps things local, which Gupta said helps create a sense that users are supporting their community. While they started with Newark, they hope this translates across the country.

“People like the idea of giving back to the community. They understand that college can be tough, and a lot of kids go into debt,” he said. “Our end goal would be to have this platform available to people in every college town in America.”

While they have considered plans for expansion, they plan to keep their focus on developing the platform in Newark for at least the next few months. Ali explained that they don’t want to rush.

“We want to take it piece by piece,” he said. “Especially with the limited resources we have, we want to experiment with this area and see how it goes.”

For Ali, his first foray into entrepreneurship has taught him to be his own boss.

“At the end of the day, you’re the one deciding what you’re going to do,” he said. “When you go into entrepreneurship, you’ve got to realize that you’re in control, and the decisions you make are going to be really impactful.”

Gupta said he wants to keep the idea moving forward as they work through the beta stage. Staying in touch with consumers and being responsive to their needs, he added, is a key part of making sure Backyard Gig is useful and sustainable.

“An entrepreneur’s job is to create a scalable and repeatable business model,” he said. “It’s important that you create something that has value for the people that you’re trying to get involved with.”

Thu Oct 15 , 2020
(Bloomberg) — K-pop agency Big Hit Entertainment Co. soared on its debut trading Thursday, boosting the fortunes of its billionaire founder and seven multimillionaire members of the world’s best-known boy band, BTS. The management company, which makes almost all of its revenue from the pop sensation, opened at 270,000 won […] 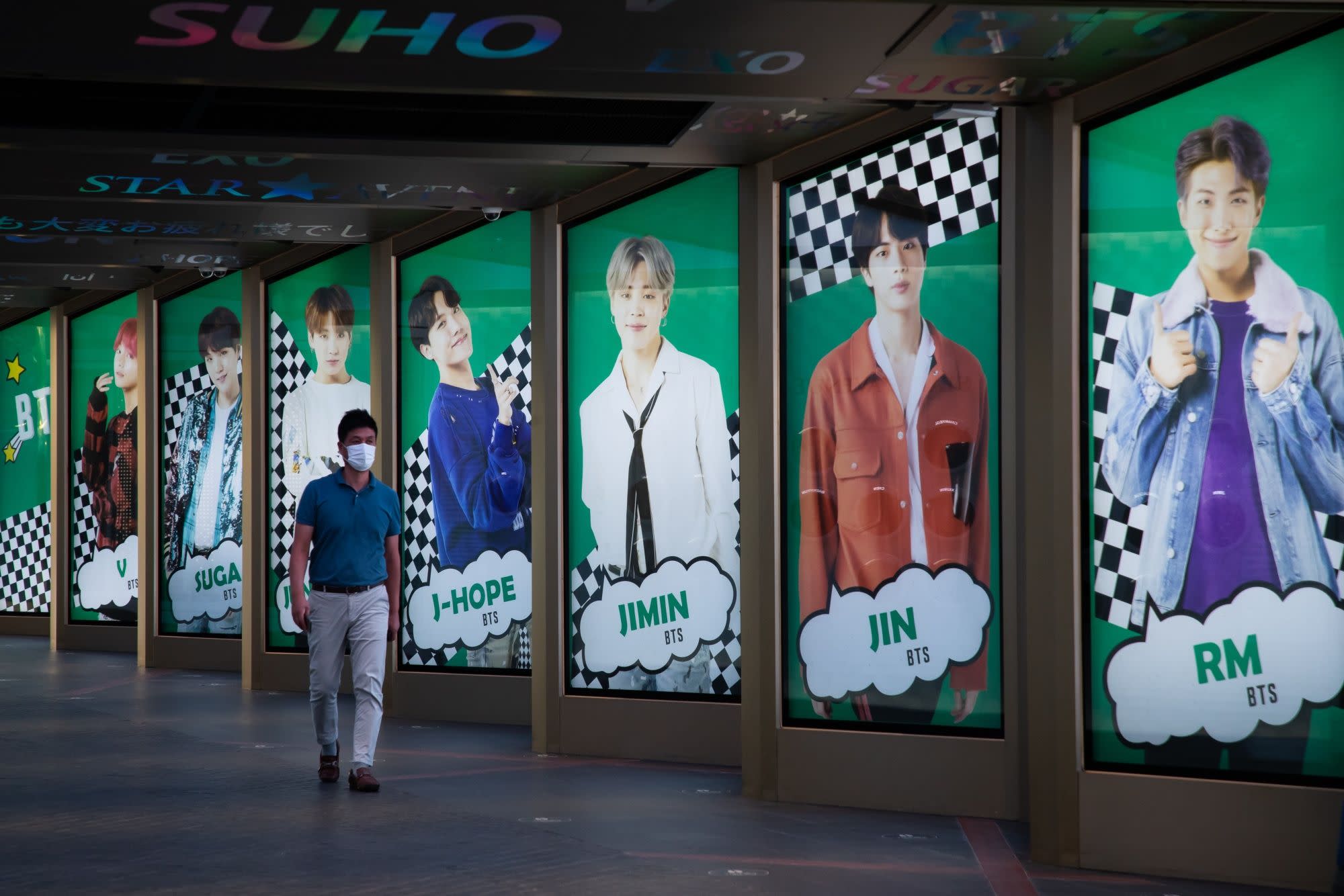