A white University of New Hampshire chemistry professor is accused of posing as an immigrant woman of color on Twitter to make racist and sexist comments and attack users who supported racial justice and other progressive causes. The university has not named the professor whom it said was being investigated […]

A white University of New Hampshire chemistry professor is accused of posing as an immigrant woman of color on Twitter to make racist and sexist comments and attack users who supported racial justice and other progressive causes.

The university has not named the professor whom it said was being investigated related to allegations on social media. A spokesperson said that the person “is on leave and not in the classroom.”

“We are deeply troubled by what we’ve learned so far and immediately launched an investigation,” University spokeswoman Erika Mantz said.

The chair of the university’s Chemistry Department, Glen Miller, refused to discuss the case.

But in an email to the department that was shared with The Associated Press by a department source who did not want to be identified for fear of retaliation, Miller acknowledged the professor had set up a fake Twitter account and posted tweets that ranged from “unfortunate to hurtful to deeply offensive.”

Several people who have reviewed the account before it was taken down last week said it routinely posted racist, sexist and transphobic comments and images over the past year.

Toby Santamaria, a graduate student studying plant biology at Michigan State who identifies with the gender-neutral term Latinx, was attacked online by followers of the Twitter account.

The person behind the account also detailed how they had fought efforts from their unnamed department to speak out on racial injustice following the death of George Floyd. They also routinely brought up their fake background to criticize users who were pushing for greater diversity in science, mathematics, engineering and technology or STEM fields.

“It just wanted to silent dissent,” said Santamaria, recalling how the user would often suggest trans people didn’t exist and that sexism and racism in STEM was not an issue.

“Every time people would criticize the account and say that we do know racism exists in STEM and we do know sexism is a problem, it would say I am a woman of color so there, it’s not an issue.”

Susanna Harris, who runs a company that supports graduate students and clashed with the person behind the account, agreed the goal of posting as a person of color was to discredit diversity efforts.

“It gives validity to the thoughts of people, in my opinion, that are pushing this racist narrative that these efforts aren’t needed,” she said.

More troubling, Santamaria and Harris said, was the account user’s habit of attacking mostly women of color who disagreed with him and encouraging his followers to do the same. Both women came under attack after calling for the account to be ignored or coming to the defense of those who had been attacked.

The account accused Harris of trying to prevent debate because she was white. In the days that followed, the person also blamed Harris for the suicide of a North Carolina professor, who had recently retired after a backlash over comments he made on social media.

“It was scary,” Harris said of the exchange. “Sometimes, the internet crosses into real life. A lot of work I do is through social media and science communication. Defaming my character online affects my ability to do those things but also there is the very real threat that people could find my personal location.”

The case comes at a sensitive time for the university. It has been working for several years to address racism on campus and diversify the student body. Last week, it held a virtual town hall on racism, diversity, equity and inclusion.

For that reason, many familiar with the case argue the university has to take a tough line against the professor. Some have called for him to be removed while others argued he should be put on extended leave and be required to take extensive racial sensitivity training.

Miller, in his email, said that he was “deeply offended” by the professor’s “words and tactics, but I am not giving up on” him. “I wish to give him an opportunity to repair the damage and move forward, difficult as that may be,” he added.

Tue Oct 6 , 2020
By: Paul Sullivan October 6, 2020 Today’s instruction apps strive to create an intimate learning experience in the digital space through a variety of tiered subscription models. The request was simple enough: Ask a buddy to record my swing using my phone and upload the file to an online lesson […] 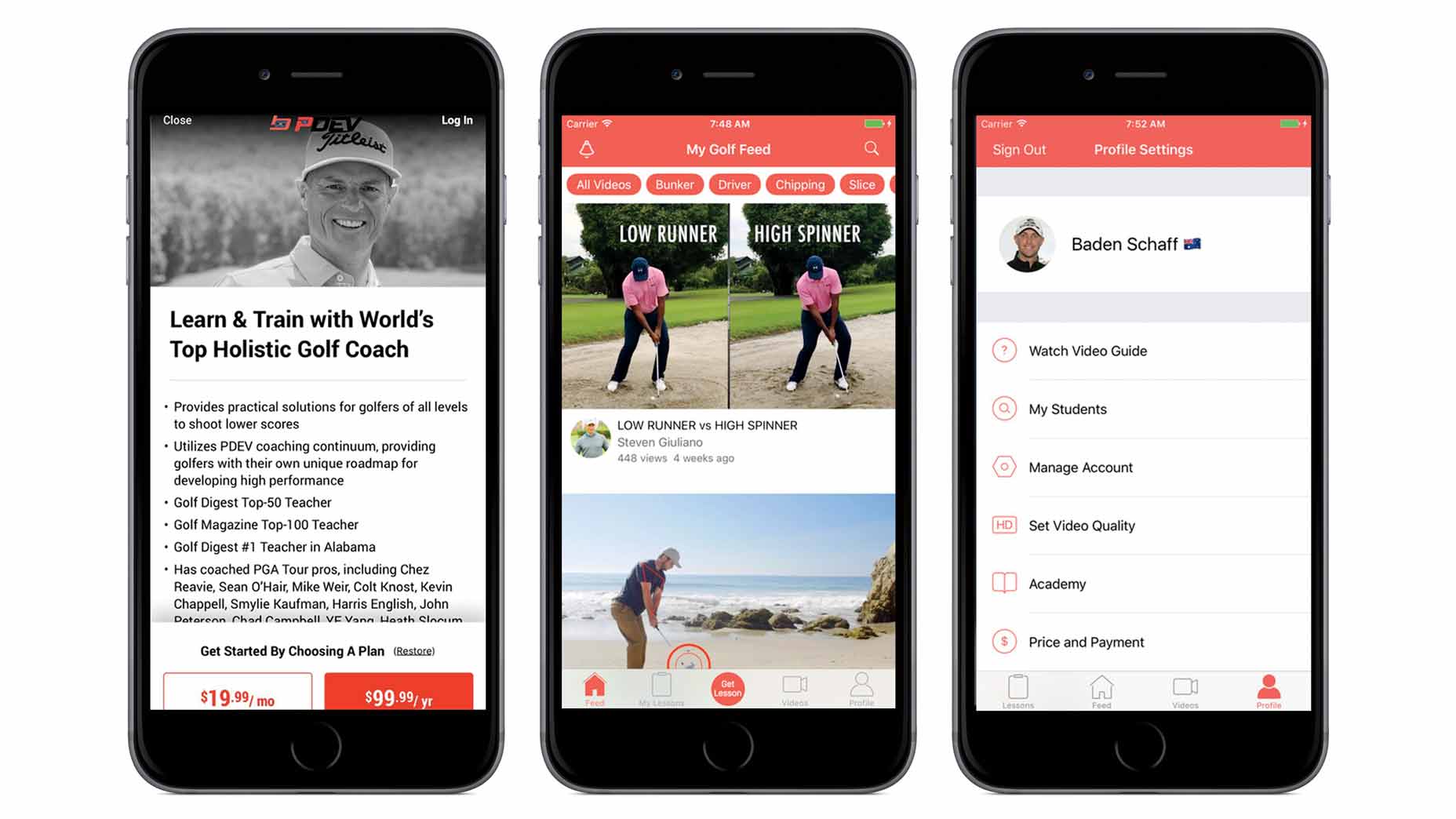