California’s three public university systems are fighting federal immigration orders that could force international students at UCLA, above, and other campuses to leave the country. (Glenn Koenig/Los Angeles Times) With an urgent deadline approaching Wednesday, the collective force of California’s three public systems of higher education, which educate nearly 3 […]

With an urgent deadline approaching Wednesday, the collective force of California’s three public systems of higher education, which educate nearly 3 million students, have joined the legal fight to stop federal immigration authorities from banning international students from the U.S. if they take only online courses this fall.

Two separate lawsuits by the University of California and state Atty. Gen. Xavier Becerra with California State University and California Community Colleges have put the nation’s premier public research university and the two largest public higher education systems behind the effort to stop the federal order.

U.S. Immigration and Customs Enforcement issued a July 6 directive that requires international students taking only online classes to leave the country and bans visas from being issued to new students with similar all-online course schedules.

Under the new policy, campuses that are planning fully online instruction this fall must submit a revised plan for in-person courses for their international students by Wednesday. Those planning a mix of online and in-person classes must do so by Aug. 4. The three California systems, whose campuses are variously planning fall courses to be all or mostly online, say the deadlines are nearly impossible to meet.

Other lawsuits have been filed by MIT and Harvard University, with 180 colleges and universities joining an amicus brief, and by seven international graduate students at USC, UC Irvine and UCLA.

The University of California filed its federal lawsuit late Friday in the Northern District of California arguing that the federal directive would devastate the roughly 37,500 international students who study at UC campuses. The directive also would jeopardize UC research and hinder instruction, since the majority of teaching assistants are graduate students, many of them from other countries, the lawsuit alleged.

“ICE’s decision displays a callous disregard for students, who would be forced to return to crowded classrooms, and faculty — particularly older faculty to whom COVID-19 poses a greater risk — consigned to the same fate,” the lawsuit says. “And to force such a reopening when neither the students nor the universities have sufficient time to react to or address the additional risks to the health and safety of their communities creates chaos and only increases the risk of spreading the COVID-19 virus.”

In addition, the loss of thousands of international students, who pay full tuition, would greatly harm university finances and the ability to use the revenue for financial aid for Californians, the lawsuit argues.

The second lawsuit, filed by Becerra in the Northern District on Thursday, noted that the federal directive would bring “immediate and irreparable” injury to the state and its educational institutions. The 115-campus state community college system hosts 21,754 international students and the 23-campus Cal State system had anticipated a fall enrollment of 10,300 students from outside the country.

ICE officials could not be reached for comment over the weekend but have generally declined to speak about ongoing litigation.

Both lawsuits argue that the ICE directive was “arbitrary and capricious” in violation of the Administrative Procedures Act. They allege that officials issued the order abruptly with no specific warning or opportunity for public comment and failed to provide a reasoned explanation for it or consider the havoc it would create.

Immigration rules generally require that international students can take no more than one class, or three credits, online in order to qualify for visas. ICE lifted that rule March 13, when President Trump declared the coronavirus outbreak a national emergency, and allowed students to stay even if their classes went fully online. But immigration authorities changed course with the new order.

The UC lawsuit notes that international students may not be able to continue their education from their home countries because of time zone differences, internet access and other barriers.

UC students from Syria, Somalia and Yemen, for instance, would face civil war and ongoing humanitarian crises that would make internet access and study “all but impossible.” Those from Ethiopia would be hampered by a current government suspension of internet access. At least one student hails from North Korea, “a country notorious for its repression of its citizens and the suppression of the free flow of information” where pursuing education may expose them to personal danger, the lawsuit asserts.

“Under any circumstance, the manner and suddenness by which ICE announced and intends to implement its new policy would be shocking in a system that champions the rule of law and public input on agency rules before they are finalized,” the lawsuit argues. “That the about-face comes against the backdrop of a worsening public health crisis in this country makes it not only unlawful, but cruel and dangerous.”

Mon Jul 13 , 2020
A glimmer of hope. On Sunday, New York City — which was once considered to be the epicenter of the coronavirus outbreak in the United States — reported zero COVID-19 deaths for the first time since the pandemic struck in March, according to initial data collected from the N.Y.C. Department […] 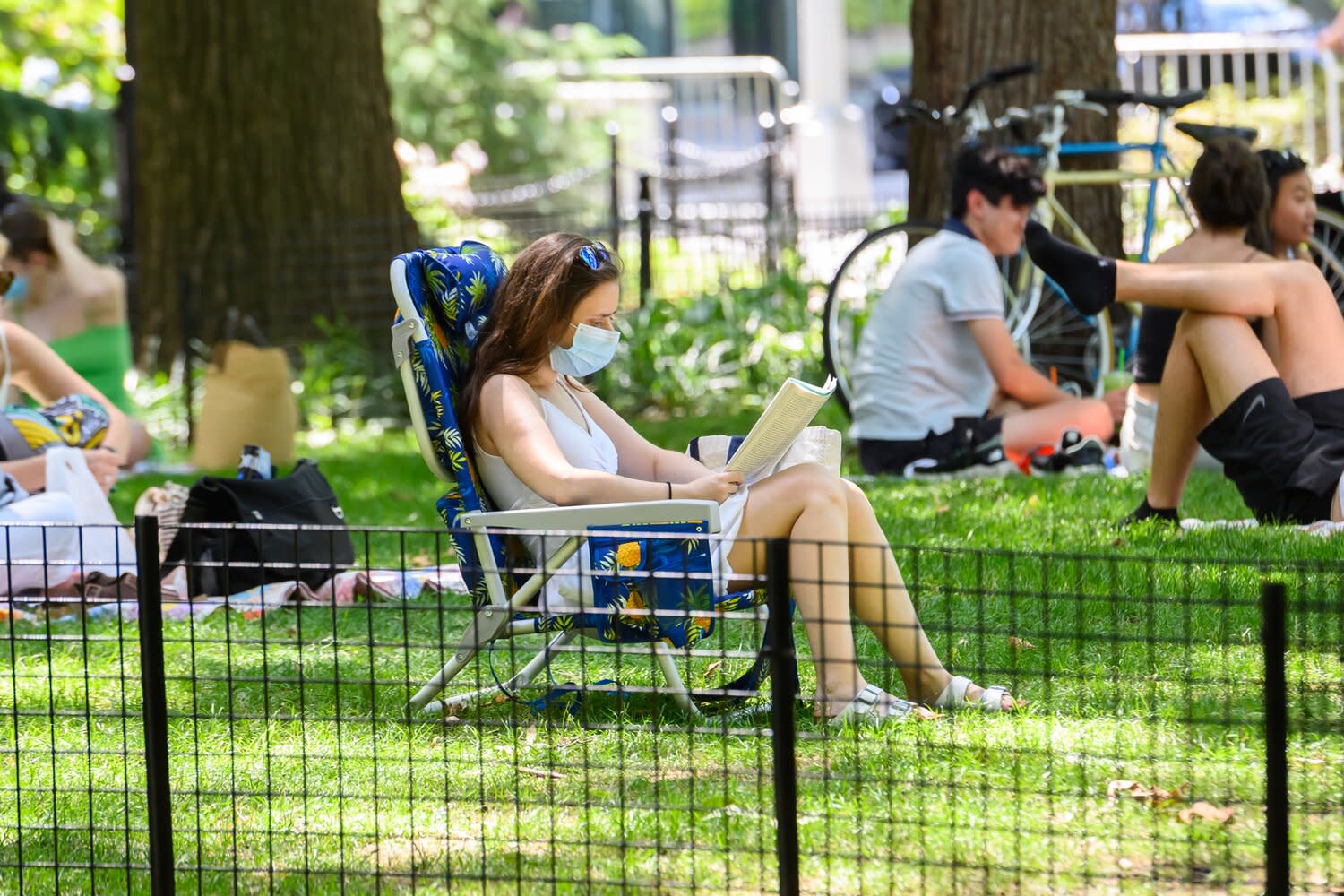