Photograph: Nacho Doce/Reuters In his 72 years, Brad Veloz has risked his job and overcome health issues to fight for LGBTQ+ and Latino rights. The coronavirus wasn’t going to stop his activism. A year ago, the self-described “in-your-face” activist had never even used Zoom online video conferencing, but it is […]

In his 72 years, Brad Veloz has risked his job and overcome health issues to fight for LGBTQ+ and Latino rights. The coronavirus wasn’t going to stop his activism.

A year ago, the self-described “in-your-face” activist had never even used Zoom online video conferencing, but it is now a constant presence in his life in lockdown to connect with fellow activists instead of taking to the streets.

Veloz’s newfound digital lifestyle reflects the demand on seniors to move their lives online because of the threat of Covid-19. The adults with the least exposure to the internet, people 65 and older, are also at higher risk to the illness from Covid-19, which has still not been controlled in the US.

Veloz’s virtual routine also includes online bill pay, grocery orders and restaurant deliveries. He is especially excited about being able to use shared Google documents to collaborate on group letters to city officials and other activist matters.

“It really took the pandemic, being homebound, to really wake us up to the real world,” Veloz told the Guardian in a video call from his home in San Antonio, Texas.

In a lucky coincidence, Veloz took a tech literacy course at the beginning of the year, leaving him more prepared for the pandemic. But roughly a third of internet users over 65 described themselves as only a little, or not at all confident in their ability to use computers, smartphones or other devices to do necessary online activities in a 2015 Pew Research Center survey. Of the group surveyed, just 26% said they were “very confident” using electronic devices to get online.

But once seniors get online, most make the internet a standard part of their daily routine, according to Pew.

“The ability to go online has been a lifesaver, emotionally and socially,” said Ronda Russick, 75. Russick is the president of the Academy of Senior Professionals at Eckerd College (Aspec), a group of more than 300 people aged 55 to 95 who attend courses and discussion groups at the St Petersburg, Florida, college.

Aspec successfully moved online after the campus shut in March. Last week, sessions included discussions about medical phone apps, the themes of the Mexican artist Diego Rivera’s work done in the US and Say Nothing, a non-fiction book on the historical conflict in Northern Ireland.

It really took the pandemic, being homebound, to really wake us up to the real world

“At the end of the day, I feel like I’ve been on campus because we’re doing so much Zooming and you’re able to see people,” Russick said.

Before the pandemic, some members would go to campus early to sip coffee and chat on a patio where fans circulated the Gulf coast breeze. Now, that group lives on in a 24/7 video chat channel called the Fan Club.

The weekly social hour has also moved online and separate social groups have sprung up, including a group of 17 women who gather in their own Zoom room to drink wine and talk about their lives.

Aspec had avoided doing online classes before the pandemic, except in special circumstances, but members now see new opportunities. In post-pandemic life, they hope to continue including speakers and members from outside Florida in discussions.

Ashok Kalro, 76, was instrumental in organizing courses to teach Aspec members how to get online and said while getting the group connected “didn’t happen overnight”, it was easier than expected. “One of the things we learned is people are scared of technology, but when it comes to something they are very interested in, they pick it up fairly quickly,” he said.

That has been a motivation at Oats, an organization which for 15 years has offered in-person tech classes for groups of about 12 to 14 seniors through its Senior Planet program. In the year leading up to the pandemic, the organization had been moving towards making these classes available online.

Kamber said participation had skyrocketed in the pandemic from 30,000 people taking in-person classes to 60,000 people in the virtual programs. This is in part because of the not-for-profits partnerships with groups such as the 38 million-member interest group for people older than 50, AARP.

“We went from 12 to 14 people in a classroom where you could literally see if the person had tape on their eyeglasses in the back row to doing a class together with AARP with 14,000 people on a Zoom call,” Kamber said.

At Senior Planet, too, social spaces are developing around virtual classes, such as the morning exercise program. People login early, and stay late, to chat with their friends.

Kamber, 53, is pleased to see the flood of support for their programming, but said it was a symptom of ageism that such classes hadn’t been backed more strongly before. “We are really horrified it took this kind of a tragedy for people to get aware of the priority of getting older people online and to commit the kind of resources they needed to,” Kamber said.

Despite seniors increased interest in getting online, the US digital divide has left millions without the services needed. The Federal Communications Commission (FCC) says 21 million Americans lack high-speed internet access but other studies have estimated the number at close to 42 million.

Already underserved populations are the least likely to have internet access, while seniors with a college degree and a household income of $75,000 or more are the most, according to Pew. Seniors who report that they have a disability are also less likely than those who do not to use the internet, smartphones or tablet computers.

Brad Veloz in San Antonio said he didn’t know how he and his husband would be getting by without the Senior Planet tech classes they took at the beginning of the year.

The couple decided to enroll in the classes in January when they offered by San Antonio’s Pride Center. The pair were weeks away from “graduation” when the pandemic hit and classes were shut down. Luckily, this was after they had their first introduction to Zoom.

Veloz said: “I would urge seniors to really look at technology and to learn how to navigate with technology because it can help us, it can connect us to our family, to our friends, conduct business and just connect us to the world.”

Miami-Dade’s first COVID budget passed without much pain. The problem: Next year 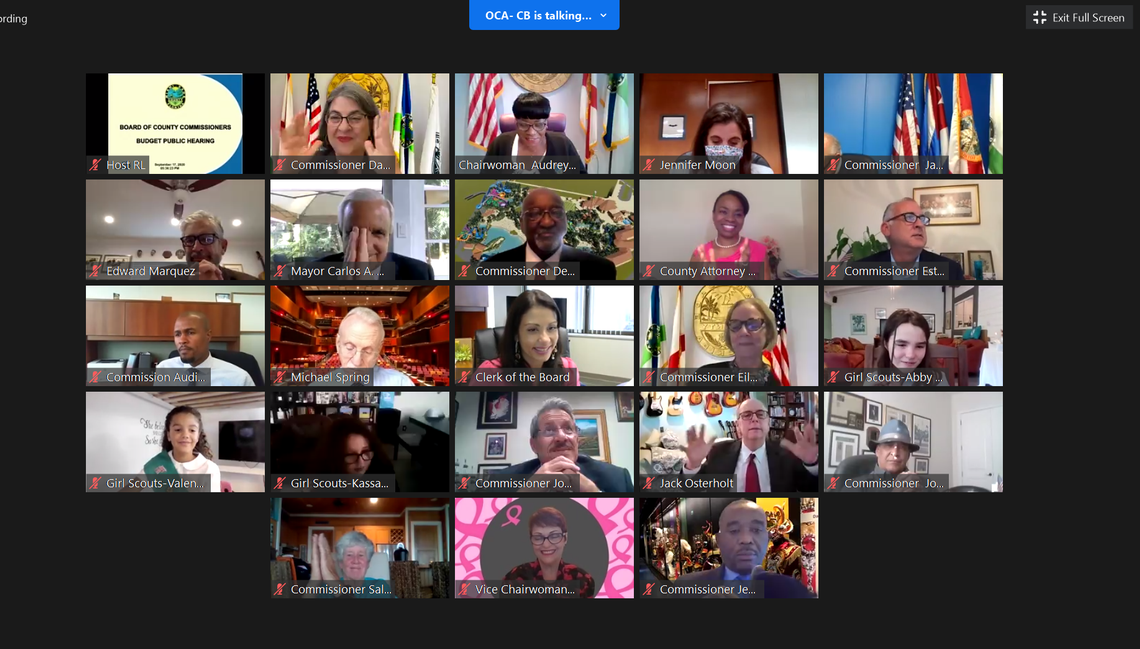