At the start of the novel coronavirus outbreak in the U.S., the automotive industry appeared to be on the verge of collapse. First, with very few people driving, the need for personal transportation diminished greatly. As well, the mass-scale transition to remote work made cars temporarily irrelevant. Thus, if you […]

At the start of the novel coronavirus outbreak in the U.S., the automotive industry appeared to be on the verge of collapse. First, with very few people driving, the need for personal transportation diminished greatly. As well, the mass-scale transition to remote work made cars temporarily irrelevant. Thus, if you had to guess, you might assume that Vroom (NASDAQ:VRM) and more specifically, Vroom stock, was headed toward disaster.

However, you would be wrong. Right at the time that the online car retailer had its initial public offering, key economic metrics began improving substantially. Primarily, the May jobs report saw the economy unexpectedly add 2.5 million jobs, quickly repudiating doom and gloom forecasts. Recently, the Commerce Department provided a positive shock to the financial system, revealing that May retail sales jumped nearly 18%.

Clearly, investors were in the mood for some technology-based risks. Vroom stock had an IPO price of $22. On the first day of trading, VRM more than doubled, with the company raising $495 million from its offering.

Moreover, on a broader level, Vroom stock demonstrated that the IPO market was back in full swing. Earlier, Warner Music Group (NASDAQ:WMG) exploded higher as sentiment on Wall Street took on a decisively bullish tone.

However, VRM stock has enjoyed a much bigger overall pop than WMG so far. Very likely, that has to do with the used car market’s surprisingly resilience. After falling to worrying levels in April, the Manheim Used Vehicle Value Index skyrocketed in mid-June. If the index holds for the rest of the month, it will reach an all-time high.

Thus, Vroom is entering the arena at the right time … or so it seems.

Awkward Timing Is a Question Mark for Vroom Stock

Principally, Vroom and rival Carvana (NYSE:CVNA) operate under the convenience and time-value narrative. Unlike shopping for cars the “analog” way, you can handle all the sometimes mountainous paperwork and processes from the comfort of your own home.

Best of all for non-confrontational millennials, they don’t have to deal with rejections and doing the rejecting. You have the ability to conform to the math that works for you without pressure from salespeople. If you think about it, Vroom is a win-win in this department: you don’t have to play the “I’ve got to talk to my wife/husband/partner” game, and the salesperson doesn’t have to keep talking to the Wizard of Oz.

But where Vroom stock might fall short is that the convenience narrative has fallen apart, at least for now. Again, Vroom and Carvana save you time, not just from paperwork but also the car buying process. In addition, they can deliver your purchased vehicle to you, minimizing your physical effort.

But in exchange for that convenience and for your time saved, VRM charges you a premium. Of course, that’s the potential profitability angle for Vroom stock. In the pre-pandemic era, this made sense. When you consider the collective time spent at work – i.e. commuting and the hours at the office – Americans are increasingly tethered to the cubicle for longer than before.

Thus, Vroom and Carvana makes sense, especially if you have a high hourly wage. But because of the transition to remote work, many white-collar workers have much more time on their hands. In this situation, it’s more economically palatable to go analog, haggle a little and get a much better deal.

Plus, some consumers aren’t comfortable making a big purchase online.

If you think I’m being negative on Vroom stock, I’m not. It’s an interesting concept and it represents the future of auto purchases. However, the timing again is awkward. Also, it must compete with Carvana, which has greater brand recognition due to its first-to-market advantage.

In addition, both Vroom and Carvana have profitability challenges. In this situation, VRM has a credibility issue to overcome. As you may know, selling a car is just one way for dealers to make their money. But through add-on services, particularly arranging car loans, dealers can significantly bolster their bottom line.

But neither Vroom nor Carvana force you to finance through them. That’s fine for now. But should the positive economic numbers turn out to be temporary affairs, online auto dealers may have to rethink their business.

As I said, Carvana’s brand advantage should give them an edge in this digitalized space. This isn’t to say that Vroom doesn’t have a chance. But to be fair, it has more obstacles in the way.

A former senior business analyst for Sony Electronics, Josh Enomoto has helped broker major contracts with Fortune Global 500 companies. Over the past several years, he has delivered unique, critical insights for the investment markets, as well as various other industries including legal, construction management, and healthcare. As of this writing, he did not hold a position in any of the aforementioned securities.

The post Vroom Is a Relevant Business Operating in an Awkward Time appeared first on InvestorPlace.

Sun Jun 21 , 2020
Since completing its acquisition of Sprint on April 1, T-Mobile (NASDAQ:TMUS) stock has been on fire. The Smart Money Is Ignoring the Bad News for TMUS Stock More Source: r.classen / Shutterstock.com That’s the way investment sites are spinning it. TMUS stock has broken out of its trading range and […] 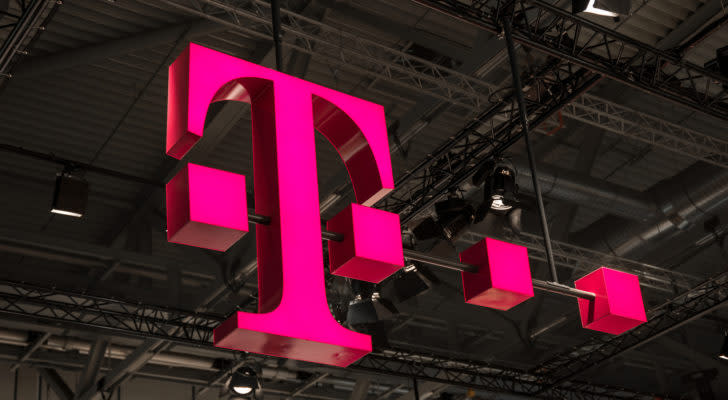