Michelle Obama wants people to get out and vote in November. Through her nonprofit organization When We All Vote, Mrs. Obama teamed up with The Roots during the 13th Annual Roots Picnic on Saturday to encourage people to register to vote for the upcoming 2020 presidential election. During the virtual […]

Michelle Obama wants people to get out and vote in November.

Through her nonprofit organization When We All Vote, Mrs. Obama teamed up with The Roots during the 13th Annual Roots Picnic on Saturday to encourage people to register to vote for the upcoming 2020 presidential election.

During the virtual event, the former first lady, 56, shared a passionate plea about voter registration.

“These past few months have been pretty heavy for just about everyone and the truth is, we still got our work cut out for us in the weeks and months ahead,” she said. “I want to remind everybody that we got an election coming up and it couldn’t be more important that everybody makes their voice heard this time around.”

“If you aren’t sure where to get started you can take the first step by making sure you are registered to vote,” the mother of two said, adding that people can text ROOTS to 56005, as well as head to WhenWeAllVote.org, for more information.

“You’ll get all the tools and resources you need to make sure everyone you know is registered and ready to vote in this upcoming election,” she shared. “That means your friends, your neighbors, your family. That means from your favorite auntie down to your baby cousin who can vote for the very first time.”

“We may not all sound like SZA or Kirk Franklin,” Mrs. Obama said, “but we all deserve to have our voices heard at the ballot box in November.”

RELATED: Michelle Obama on the Future: ‘History Is Made by the People Who Show Up for the Fight’

As the presidential election nears, the Becoming author has been vocal about the importance of voting — including in a recent interview with Shonda Rhimes for Harper’s Bazaar.

“Voting is so much bigger than one election, one party, or one candidate. It’s great to feel inspired by candidates and the visions they put forth, but it is by no means a prerequisite to casting a ballot,” she said. “Because at the end of the day, someone is going to be making the decisions about how much money your schools get and how tax money is distributed. Voting gives you a say in those matters.”

Since leaving the White House, Mrs. Obama has made voting access a major focus with her When We All Vote initiative — work that has increased relevance amid the coronavirus, she said.

In May, she also launched a new nonpartisan coalition made up of mayors from around the country who will work together to continue to push for safe voting policies, including online voter registration, early in-person voting and mail-in voting.

As she told Rhimes: “Nobody should have to choose between their health and making their voice heard.”

Sun Jun 28 , 2020
Marc Benioff sees an opportunity to build resiliency in the public education system, as the raging coronavirus pandemic calls into question whether schools can reopen in the fall. The COVID-19 pandemic resulted in mass school closures, with teachers and students relying heavily on remote learning. Benioff, the billionaire tech chief […] 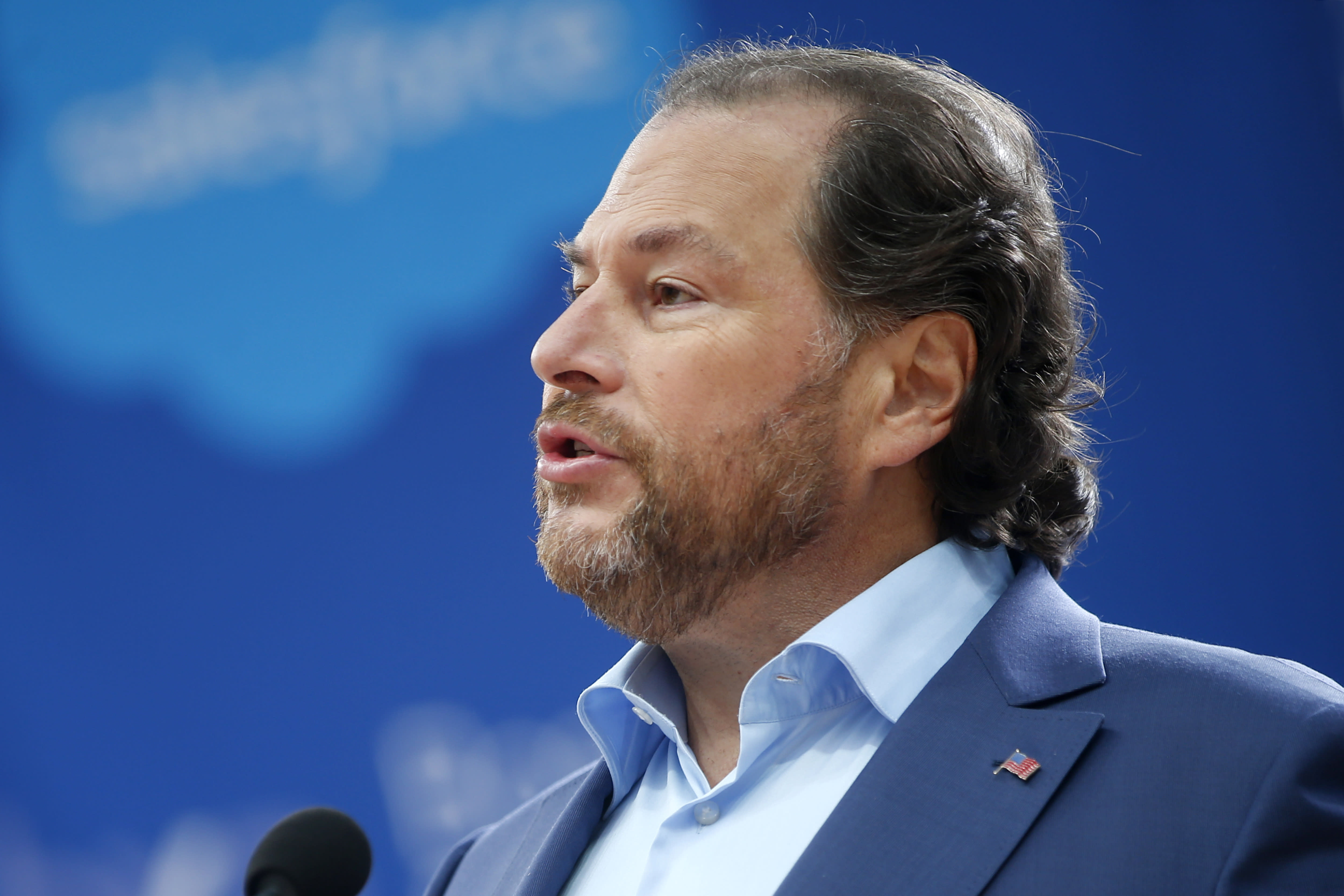