Young people across the UK have had their work, studies and lives upended because of the coronavirus pandemic. Many are working from home, while others have been furloughed or even made redundant. There could be more than one million young workers who are without a job, if the overall UK […]

Young people across the UK have had their work, studies and lives upended because of the coronavirus pandemic.

Many are working from home, while others have been furloughed or even made redundant.

There could be more than one million young workers who are without a job, if the overall UK level of unemployment goes up from the current 4% of workers to 10%, according to the Resolution Foundation think-tank.

On top of that, under-30s have been hardest hit by a fall in their income during lockdown as more of their money goes on essentials.

So is there anything the chancellor could announce in his speech on Wednesday to help them?

‘A grant for apprentices would be a start’

Emma-Jayne is an apprentice chef from Dorset, earning £5 per hour.

She is one of the many workers who were furloughed in the hospitality sector. The scheme was introduced by the government to minimise coronavirus-related job losses, and it pays 80% of staff salaries up to £2,500 a month.

Although restaurants in England have since been allowed to reopen, Emma-Jayne has only gone back to work on a part-time basis. All of the culinary courses she was due to go on have also been cancelled.

And while part of her level one apprenticeship is based on online coursework, she hasn’t been able to make the relevant recipes as her furlough payments “don’t go as far they need to.”

“Over the last few months, I’ve barely made my rent and managed to pay my bills.

“I can’t help but feel let down by the government because there’s a big difference between being able to survive and being able to live when it comes to your pay cheque.”

“I think a grant for apprentices would be a start to make up for the lack of support,” she says.

‘Carers should be recognised’

Nairn McDonald, 24, is a full-time carer for his mum and 21-year-old brother. He says that during lockdown they’ve been shielding in place.

“Now they can’t get out, my role has changed. I’m also picking up prescriptions, doing more errands – so it’s a bit more labour intensive.”

Nairn says that costs have also been adding up. He relies on universal credit, the benefit for working-age people in the UK, which he says doesn’t “really go a long way.”

Although the standard allowance in universal credit has been temporarily increased for 2020-21, Nairn points out that his carer’s allowance of about £67 per week is deducted from that. He describes the rise as “minimal”.

Nairn says he’d like to see additional financial aid for carers, as well as support for those transitioning back into education or work.

“Some sort of job guarantee – whether it’s an apprenticeship, an internship or an interview – would be really helpful for young people like me.”

‘Help should be given to renters too’

Razzia Gafur, 24, moved to London after finishing her university studies two years ago.

But when lockdown started, she decided to isolate with her partner and his family just outside of Leeds.

“I only packed a weekend bag, and I’ve been here for three to four months now!”

She left behind the two-bedroom flat she shares with a housemate.

Razzia has since asked her estate agent if she could exit the tenancy agreement, as she’s spending £700 per month on rent and bills on a property she hasn’t been living in.

“They would only let me out of my tenancy if I found a replacement tenant,” Razzia says, adding that it was difficult to find anyone to take on the flat during lockdown.

She wants more to be done for tenants in the private rented sector. She points out that mortgage holidays started in March, allowing home owners to defer payments without affecting their credit rating.

“Having to pay for somewhere I don’t live – it’s made me question why I’m paying for somebody else’s mortgage.

“It’s definitely solidified the thought that I should be looking to buy my own property, as renting has put me in a more difficult situation.”

Furlough scheme extension for the arts

Georgia Barks from Peterborough has also been furloughed. The theatre she works at has been closed since the pandemic took hold earlier this year.

While the government has announced a £1.57bn emergency support package to help protect the future of theatres, galleries and museums, “it should have been done sooner”, Georgia says.

“When we all looked for entertainment during lockdown, we turned to Netflix, we turned to TV, and to theatre live-streams – we all turned to the arts.”

Georgia believes that the chancellor should extend the furlough scheme, which is due to finish at the end of October., covering costs for theatres which have no confirmed reopening date as of yet.

“There are no shows for people to come see and there is a drop in future bookings because people are waiting to see if dates get moved again.

“It’s ridiculous to say they (theatres) must contribute when they have no income to do so,” she says.

Essential Benefits You Can Receive on Unemployment

Tue Jul 7 , 2020
The COVID-19 epidemic has taken a booming U.S. economy and ground it to a halt. Within just two weeks, 10 million Americans filed first-time claims for unemployment, dwarfing prior records and pulling the U.S. toward recession. While hopes remain high that the virus can be slowed or stopped and the […] 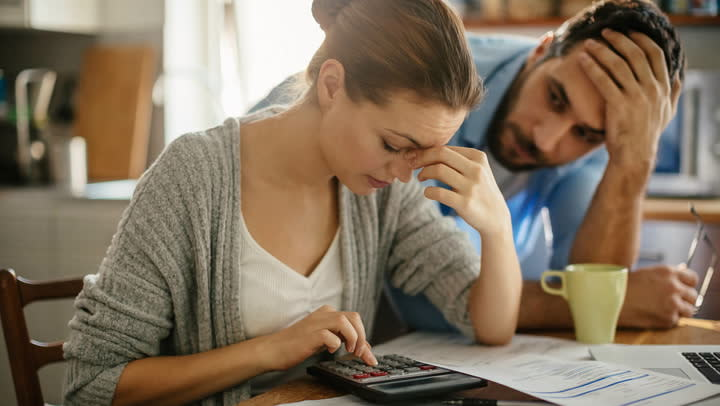