Heather Stone and her fiancé had originally planned an October wedding in wine country full of friends and family from New York. When the pandemic descended, little about that idea sounded feasible. Some of Stone’s New York family members worked on the front lines of the coronavirus response. Some didn’t […]

Heather Stone and her fiancé had originally planned an October wedding in wine country full of friends and family from New York. When the pandemic descended, little about that idea sounded feasible. Some of Stone’s New York family members worked on the front lines of the coronavirus response. Some didn’t feel safe boarding an airplane. And California banned large gatherings, anyway.

So Stone and her fiancé decided to elope.

“We just knew we wanted to become husband and wife this year,” Stone said.

They will get married in Yosemite this fall with just an officiant to bear witness. Stone bought “an eloping dress,” as she calls it, but she still plans to walk down the aisle in a fancier white gown in the future. The couple hopes to hold a party with all of their friends and family at their original venue next year.

As many couples delay weddings originally planned for this summer, venues predict a flurry of marriage celebrations in 2021. Some brides- and grooms-to-be are opting for “microweddings” with minimal guest lists or live streamed ceremonies that loved ones can watch from home. Still, the idea of throwing a big party to celebrate wedding vows holds continued appeal.

“I couldn’t imagine walking down the aisle in front of only half the people that mean so much to us,” Stone said. “I needed to have either no one or everyone.” She hopes she can have everyone present next year.

Wedding planner Amy Collins said many people who canceled spring weddings initially tried to reschedule for late summer. Now that July and August weddings are off the table in California, couples are pushing their wedding plans to the fall, or more commonly, to the summer of 2021.

“Next year is going to be absolutely bananas,” Collins said.

A rush on Saturday bookings

Venues are rapidly filling up in advance as couples push their weddings back a year. With Saturdays fully booked through 2021 at some locations, wedding planning websites suggest considering weekday nuptials next year. Weekends, however, remain the most desirable, those in the industry said.

KathE Frazer, general manager of the Gold Miner’s Inn in Grass Valley, said her hotel typically hosted three to four wedding groups per weekend before the pandemic, and many of those parties want to shift back exactly one year.

“For our wedding blocks that had to unfortunately postpone their weddings due to the virus, they are already planning for next year, if anything the same weekend,” Frazer said.

It’s far from the only wedding venue wrestling with logistics. The Old Sugar Mill in Clarksburg is a popular spot, with 14 winery tasting rooms and a sprawling campus of brick buildings for private events.

Rachelle Wiggins, the wedding director, said she’s been forced to juggle new dates and new service providers as dates change, and her clients are not happy.

“We’ve tried to protect our weekend days for people who are already clients, and new clients get what’s left available,” Kress said. She added that Miners Foundry begins working with couples 90 days before their weddings and is moving through the rescheduling process chronologically in an effort to keep some dates available next year.

Collins said the 2020 wedding upheaval may come with a silver lining given the increasingly elaborate, expensive weddings in recent years.

“It was getting out of control a little bit,” Collins said. “The expectations that brides had coming to us … they’re seeing stuff online and they want us to make magic happen.” Brides could easily become disappointed if their budgets couldn’t stretch to fit the weddings of their dreams, she said. Now many are enthusiastic about the prospect of celebrating with their friends and family at all.

Collins predicted that cost-saving celebrations like daytime weddings and appetizers in place of sit-down dinners will trend in 2021, as the pandemic induces lowered expectations and financial stress.

In some ways, we may see a return to wedding trends of the past — during various parts of the 20th century, American weddings were quicker, cheaper and typically on weekdays. Though weddings have occurred like clockwork for years, their form has varied immensely.

“As much as we joke that we are a recession-proof industry — there’s babies, there’s weddings and there’s deaths — well, when a pandemic happens, apparently we’re the ones that still get carved out,” Collins said.

But she predicted a busy next year all the same. Many couples may look for ways to save money on upcoming weddings, but they still want to get married. “We’re all joking, like, enjoy your summer off because next year you’re going every day!” Collins said. “Next year’s going to be the summer of love.”

Danielle Dana is ready for it. The Sacramento County resident was ready in March, when her San Francisco wedding was supposed to happen. Then came the stay-at-home orders. You could have gatherings with 50 people, then 25, then 10 people.

She postponed. And if the wedding is next summer, that’s OK in the grand scheme of things, she said. It’s better than trying to host a wedding during a pandemic.

“It was really difficult to make that change but I knew this was much bigger than myself or anyone else,” Dana said. “You don’t think about yourself anymore. … Just thinking about the people in my life I’d want to be there, it was easy to hit pause.”

Tue Aug 4 , 2020
Photo credit: Mari Llewellyn From Women’s Health My name is Mari Llewellyn (@marillewellyn), and I am 26 years old. I live in New York City, and I am an entrepreneur. I’ve lost 90 pounds over two years through finding my love for weightlifting and learning more about nutrition that works […] 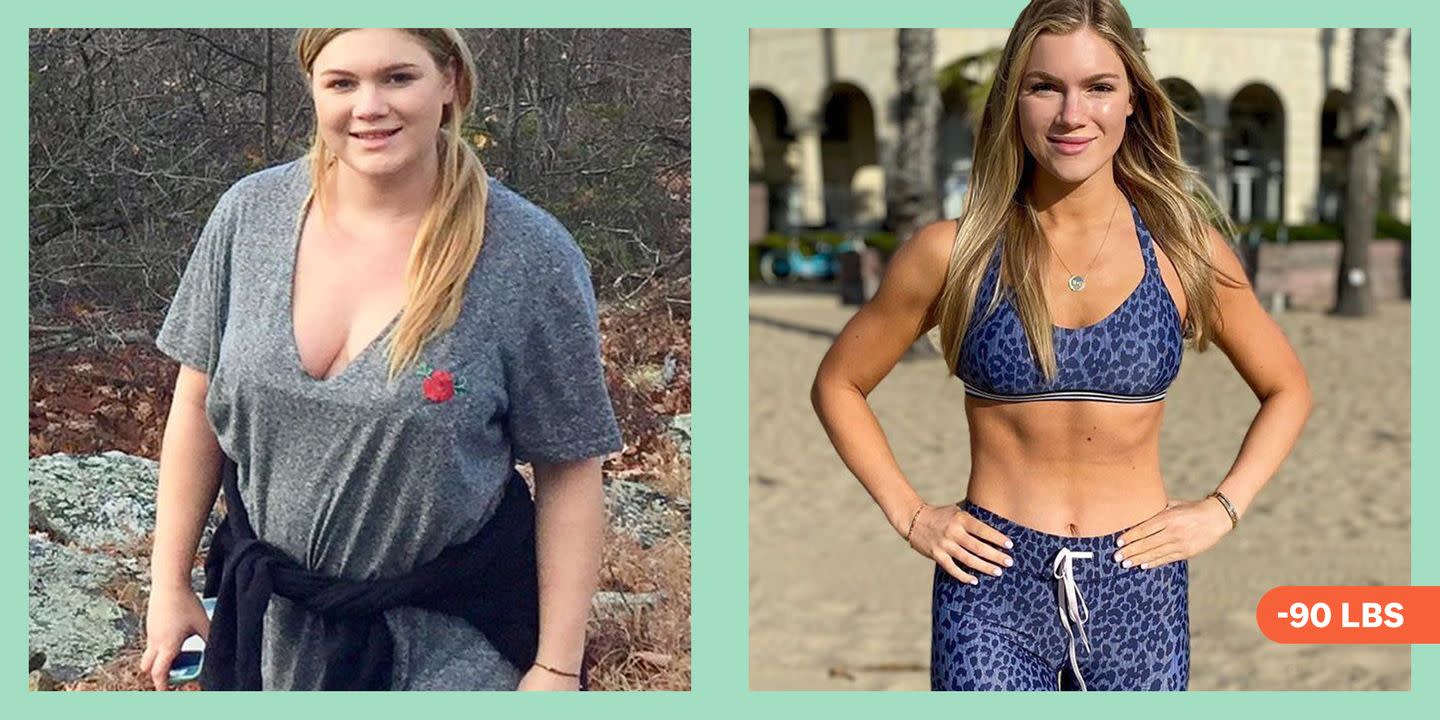