This story was published in partnership with The 19th, a nonprofit, nonpartisan newsroom reporting on gender, politics and policy.  It is no secret to the campaigns of Joe Biden and Donald Trump that the road to the White House runs through places like Michigan’s Macomb County. It is a swing county in […]

This story was published in partnership with The 19th, a nonprofit, nonpartisan newsroom reporting on gender, politics and policy.

It is no secret to the campaigns of Joe Biden and Donald Trump that the road to the White House runs through places like Michigan’s Macomb County.

It is a swing county in one of a trio of recently reliably Democratic states – Michigan, Pennsylvania, Wisconsin – that shocked Hillary Clinton’s 2016 campaign by breaking for Trump after backing Barack Obama in 2008 and 2012.

The county, a suburban and exurban area north of Detroit, is the state’s third-most populous. Eighty percent of its residents are white. Roughly a quarter of adults have college degrees. The median household income in 2018 was about $60,000. Voters there cast ballots at higher rates than the country overall. It is a bellwether that backed the candidate elected president all but three times in the past 50 years.

Simply put, Macomb County is chock-full of people whose demographic and political profiles make them highly sought-after by political strategists from both parties in Washington as potentially persuadable voters.

In the 2020 White House race, top polls show that Biden is widening his lead over Trump in Michigan. The president’s reelection campaign has stopped buying television and radio ads in the state, and studies indicate that white suburban and working-class women are more likely to be having second thoughts about Trump than their male counterparts. Nevertheless, interviews late last month with nearly two dozen Macomb County women fitting this profile show that right now, in this swing county in this swing state, neither candidate has a lock.

As Kristina Gallagher, a 36-year-old married mother of two, put it: “I’m a realist. I’m going to vote for the person who is going to do the best for us.”

Gallagher is neither a Republican nor a Democrat, voting for Obama in 2008, Republican Mitt Romney in 2012 and Trump in 2016. She is a waitress who, for the first time in a decade, has a little money in the bank and wants a president focused on jobs, health insurance and education.

Are you registered to vote?: Check your status or register online now

Will she vote for Trump again?

“He’s been a little iffy lately, can’t keep his mouth shut. He’s derogatory sometimes and it really irks me. Maybe stay off Twitter,” Gallagher said as she loaded groceries, and her daughter, into the car outside a Walmart in Roseville.

“Not sure,” Gallagher said.

Microcosm of a microcosm

Winning presidential elections is a complex alchemy of driving up turnout among your base and winning over an ever-shrinking pool of persuadable or swing voters, a calculation complicated even further by geography.

To win in November, Biden must energize the younger, more diverse and urban voters that make up the backbone of the Democratic Party while also making inroads with white suburban and working-class voters in key states. Trump must animate the older, whiter, less educated and more rural voters that are the foundation of the Republican Party while also holding on to the type of suburban women who backed him in 2016 but deserted the party in the 2018 congressional elections.

Then there’s the geography. There are 538 electors nationwide, and to win, a candidate must get at least a majority, or 270 electoral votes, in the mostly winner-take-all system. Michigan has 16 electoral votes, Wisconsin has 10 and Pennsylvania 20. In 2016, Trump captured all three and beat Clinton 304 to 227.

“If just 40,000 people across Wisconsin, Michigan and Pennsylvania had changed their minds, I would have won,” Clinton later wrote in her book “What Happened.”

Within Macomb County, the suburban areas closest to Detroit – places such as Eastpointe, Roseville and Warren – skew Democratic and account for a quarter to a third of the county’s total vote. Farther north, Macomb Township, Shelby Township and Chesterfield Township, lean Republican and make up another third. In between are suburban swing enclaves such as Sterling Heights, Clinton Township, Mount Clemens and St. Clair Shores that make up the final third.

Trump visited the county repeatedly as a candidate in 2016, holding a rally in Sterling Heights two days before the election, where he predicted he would land a Brexit-style win in Michigan, defying pollsters’ expectations. When Clinton campaigned in the state, she largely stuck to Detroit or Flint. Trump beat Clinton by just 10,700 votes in Michigan, but he won Macomb County by 48,300 votes.

Kateri Shue, 32, is a mother of two in Mount Clemens who registered to vote for the first time four years ago so she could back Bernie Sanders in the Democratic primary “to be part of a revolution.” Shue voted for Clinton and is “pretty certain” she will vote for Biden in November. She has become politically engaged on social media but has not noticed her friends or family members changing their minds about the president – or at least not yet.

Why are Macomb County voters so swingy?

“It just depends on who is available and if they feel it’s an important election to vote in,” Shue said.

Democrat on this, Republican on that

The Trump and Biden campaigns know that support from women will be key to their chances in November.

Trump has boasted, at times erroneously, about his support among women, saying that 52% of them voted for him. Initial 2016 exit polls showed that roughly 52% of white women chose Trump, but women overall preferred Clinton.  A more reliable survey of validated voters showed that about 47% of white women backed the president.

The key to winning over Shue’s demographic is creating pathways for women who have already made their decisions to talk about it with their friends, families and co-workers – a persuasion tactic that resonates with women specifically, according to strategists.

Some of Trump’s most effective surrogates are women, including his daughter-in-law Lara Trump. The Women for Trump bus tour made an early stop last month after a coronavirus-related hiatus in neighboring Wisconsin. Trump’s female backers in Michigan say their support for the president is under-reported. Republican National Committeewoman Kathy Berden of Michigan said recently that she believes the polls about Trump’s chances in the state are wrong again.

Biden is likewise “working to earn every single vote in Michigan, and a huge part of that is speaking to women in the suburbs,” said Rose Dady, the campaign’s director of coalitions in Michigan.

With the pandemic, neither candidate is campaigning in person much, but both have had virtual events aimed at women, often featuring their female surrogates.

Michigan Gov. Gretchen Whitmer, a Democrat, recently launched Women for Biden in the state, warning supporters not to “let our guard down” with polls showing the former vice president pulling ahead. The purpose of the group, according to Biden’s campaign, is to provide women with the training and tools to talk to their friends and neighbors about the election.

Whitmer is an excellent case in point about how difficult it can be to politically pin down voters in Michigan generally and Macomb County specifically.

Two years after Clinton lost the state to Trump by just a quarter of a percentage point and Macomb County by more than 11 points, Whitmer bested her Republican opponent by nearly 10 points statewide and by more than 3 points in Macomb County. And on a warm July day in Clinton Township’s George George Memorial Park, more than a few of the women there said they voted for Trump, then voted for Whitmer and would likely vote for both again. Others who voted for Trump but not Whitmer still praised the governor’s response to the coronavirus pandemic even though she has tangled with the president on the issue.

As Stecker’s children ran on the playground – and high school students posed nearby for pandemic-delayed prom photos  – she went through her recent voting history.

“I have to separate who he is from the job that he’s doing,” said Stecker, who generally approves of the president.

Stecker’s friend Kathy Parada, a third-grade teacher, described her political leanings as: “I’m Democrat on this, but I’m Republican on this.”

Parada, a 45-year-old married mother of two, voted for Trump because she felt the country was “financially damaged” and needed a leader with business chops, despite what she called Trump’s “vomit of the mouth.”

“He may not say it in the right way, but I know where he’s trying to go with it,” she said. “He doesn’t support educators enough, but as a parent, I’m looking at what is going to be good for my kids’ future.”

Does that mean she will support him again? 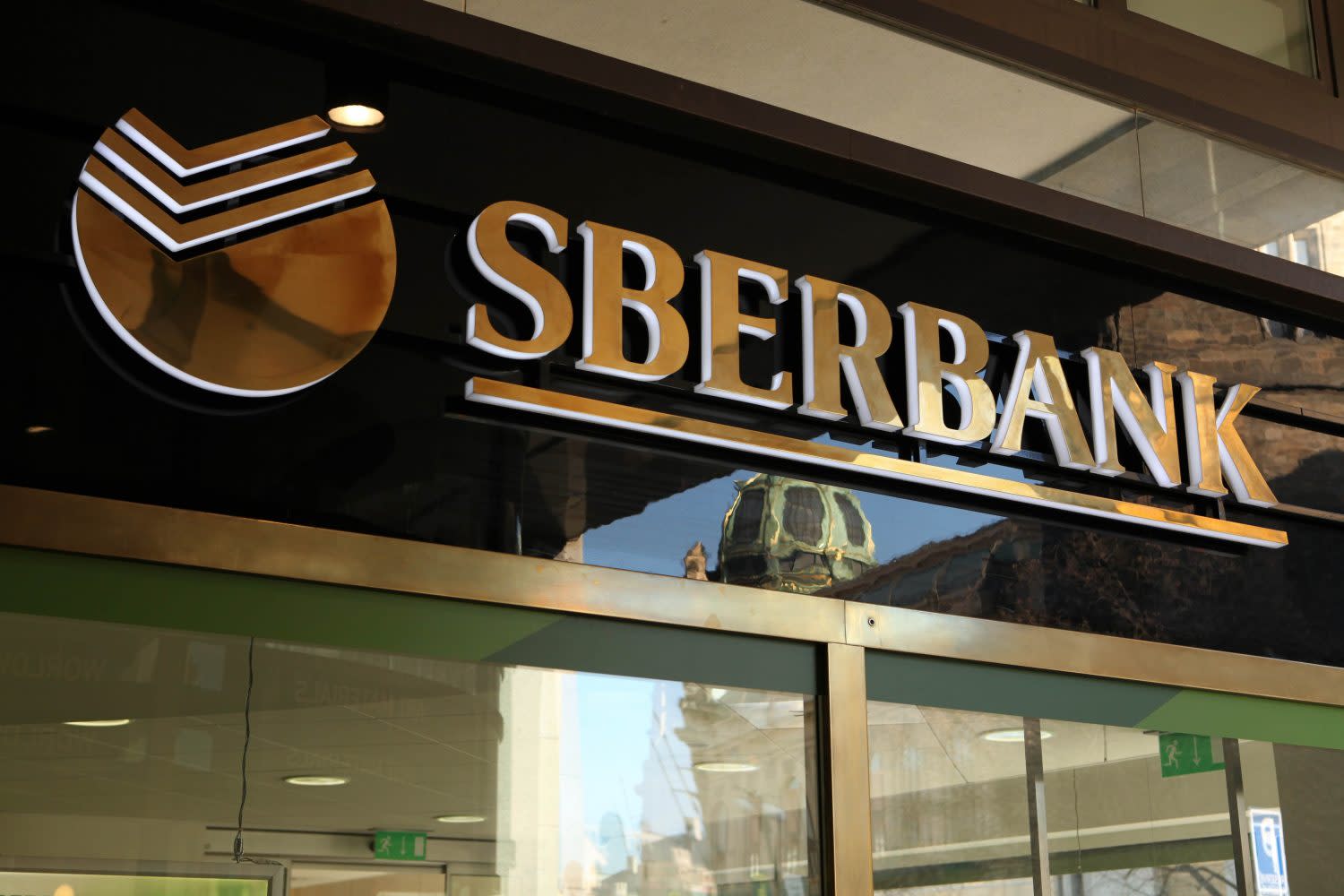