Photo credit: Jamie McCarthy – Getty Images From Town & Country Joshua Kushner is best known for his relationship with supermodel Karlie Kloss and for his close connection to the White House. Kushner, of course, is the younger sibling of Jared Kushner, President Donald Trump’s son-in-law and White House advisor. […]

Joshua Kushner is best known for his relationship with supermodel Karlie Kloss and for his close connection to the White House. Kushner, of course, is the younger sibling of Jared Kushner, President Donald Trump’s son-in-law and White House advisor. But Josh is also a Harvard graduate and lifelong Democrat who founded a buzzy health and technology company.

Here’s what you need to know about Josh:

He’s in the tech world.

“We’re trying to build something that’s going to turn the industry on its head,” Josh said in 2014, according to The New York Times. Josh was also an early investor in Instagram and founded Thrive Capital, a private equity firm specializing in tech and media investments. “He is known, really, for just working,” Internet entrepreneur Kevin Ryan told Esquire. “That’s all he does.”

He proposed to Kloss in 2018 after six years of dating.

The 35-year-old tech entrepreneur proposed to the model and founder of Kode with Klossy in the summer of 2018. Kloss and Josh rarely speak publicly about their relationship but are often photographed together and post about the relationship on social media. In September 2016, Kloss was spotted hanging out with Jared and Ivanka at the US Open.

In 2013, Kloss told People she liked that her then-boyfriend was “so not in fashion. It’s really refreshing to leave all the fashion shows and shoots and chaos totally behind.”

He’s a lifelong Democrat, and neither he nor Kloss support Trump.

Although he’s never spoken publicly about politics, a rep for Josh told Esquire that he is a lifelong Democrat. Kloss didn’t vote for Trump, either: back in 2016, the model Instagrammed a shot of her filling out her absentee ballot and captioned it #ImWithHer. In August 2020 on her YouTube channel, she encouraged her fans to register to vote and vote by mail because “we all deserve change in November.”

But despite their political differences—and reports that the Kushner family did not support Josh’s relationship with Kloss— the Kushner brothers have not had a public rift.

He graduated both from Harvard college and the business school.

He started at the Ivy in 2004 as a government and political science major, and he was the executive editor of the university’s Scene magazine. The publication’s mission statement was “to portray the events, the people, the passions… that we are all a part of.”

During his junior year, Josh started Votsu.com, an online gaming site with a social-networking component. He told Forbes: “I was not the best student in that I was never there. I’d be in Brazil [and Argentina] and fly back for my Thursday classes.”

His father is Charles Kushner, a New Jersey real estate developer. Josh said in an interview with Forbes that he spent time with his dad on construction sites instead of at ball games.

“The idea was when everyone is relaxing you should be working,” Josh told the outlet. “The ball doesn’t come to you.”

In 2005, the elder Kushner was convicted of tax evasion and witness tampering and served time in federal prison.

The Kushner brothers started a company together.

In 2015, the brothers launched Cadre, a company which perfectly marries their interests: real estate and tech. The venture aims to make it easier for clients to invest in real estate using technology.

The company has been the subject of controversy since Jared joined the administration. In 2017, he failed to include Cadre on a disclosure form—and then profited from it. Later on, it was reported the company benefited from misleading rent filings.

Josh was spotted at the Women’s March on Washington in 2017.

Over inauguration weekend, Josh was photographed at the Women’s March on Washington, a protest against President Trump. But before you call him an unlikely ally, local D.C. publication, the Washingtonian, reports he told march participants he was there “observing,” as opposed to actively protesting.

He attended the March for Our Lives in Washington D.C. with Kloss.

In addition to participating in the peaceful protest for gun control, in the days before the March For Our Lives, a demonstration to end gun violence, Josh quietly donated $50,000 to the event, Axios reported. Students who survived the Marjory Stoneman Douglas High School massacre in February planned the demonstration, which took place in Washington, D.C. on March 24.

Jared reportedly sold assets to Josh when he became Senior Advisor to the President.

A lifelong Democrat, Josh did not support Trump during the election, but he could stand to benefit from his presidency. In order to take on the position of Senior Advisor to the president, Jared Kushner sold many of his assets to his younger brother, and put several others into a trust run by his mother. According to the New York Times, ethicists are concerned about the arrangement, questioning “how meaning the divestiture would be” given that he is not putting his assets into a true blind trust. It also remains to be seen whether Josh’s healthcare company Oscar could be impacted by healthcare legislation overseen by the Trump administration.

In October 2018, Karlie and Josh wed in a small Jewish ceremony with fewer than 80 guests in upstate New York, which is also where the couple got engaged. Photos from the big day were shared on Instagram, showing a beaming Josh and Karlie.

Just months after that wedding, Josh and Karlie hosted another celebration for friends and family at the Brush Creek Ranch in Saratoga, Wyoming in June 2019. Karlie and various guests shared photos of the wedding weekend events on Instagram, giving fans an inside look at the festivities.

It was quite the star-studded affair, with guests including Orlando Bloom, Katy Perry, Diane von Furstenberg, Ashton Kutcher, and Mila Kunis. There was even a royal in attendance; Princess Beatrice, one of Karlie’s close friends, was also spotted at the party.

Both Josh and Karlie appear to be enjoying married life, even during the Covid-19 pandemic. For her 28th birthday in August, Josh posted a picture of Karlie captioned “Eight birthdays together,” and she commented, “best 8 years of my life

Fri Aug 7 , 2020
15 top-rated school supplies under $15 — Recommendations are independently chosen by Reviewed’s editors. Purchases you make through our links may earn us a commission.                 Binders, backpacks, folders, pencils, notebooks—school-supply shopping can be fun and exciting but the costs can also add up […] 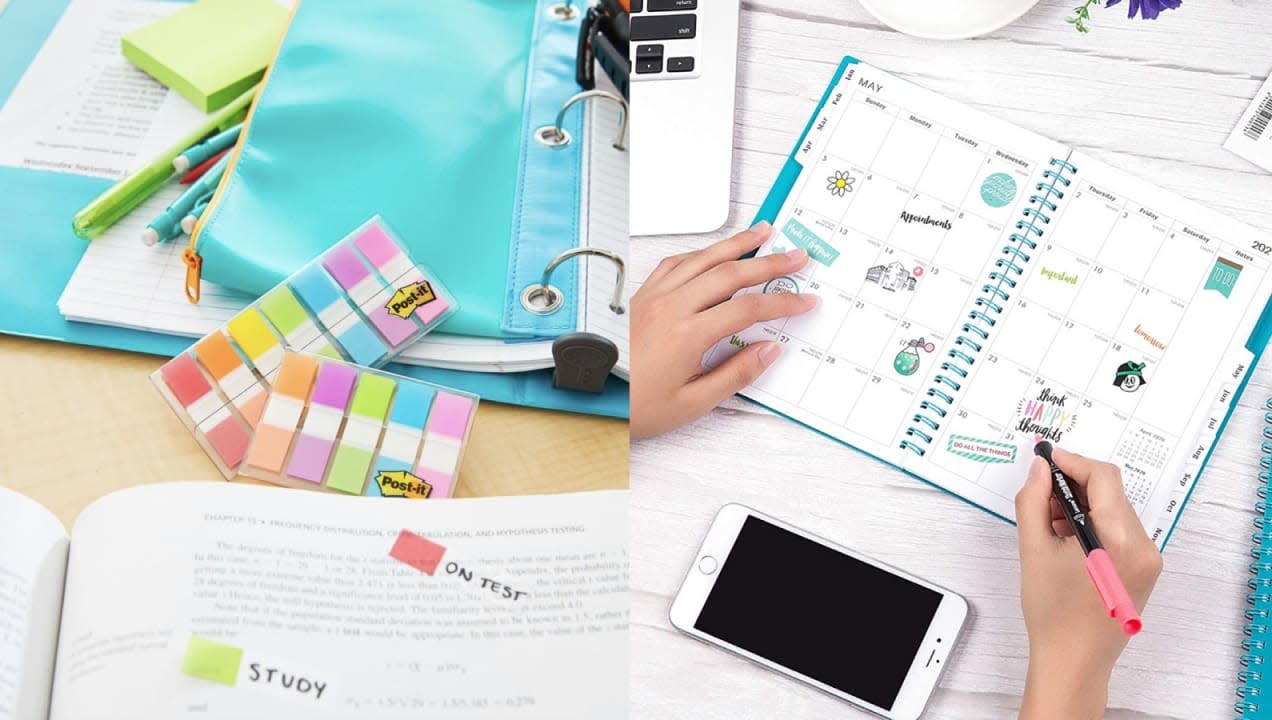