With cinemas not quite open and terrestrial TV struggling to fill the schedules, every month is a busy one for streaming services at the moment — and July on Netflix UK is no different. The streamer has another array of catalogue titles — including some classic movies — and originals […]

With cinemas not quite open and terrestrial TV struggling to fill the schedules, every month is a busy one for streaming services at the moment — and July on Netflix UK is no different.

The streamer has another array of catalogue titles — including some classic movies — and originals on the way. Some highlights on the Originals front include teen romcom sequel The Kissing Booth 2 and new action thriller The Old Guard, starring Charlize Theron

Today it announced just some of the film you can expect to see added to the streaming service in July.

Those titles confirmed so far are:

A panicked young woman (Nasim Pedrad) and her two best friends (Anna Camp & Sarah Burns) fly to Mexico to delete a ranting email she sent to her new boyfriend. On arrival, they run into her former beau (Lamorne Morris), who soon gets caught up in their frantic scheme.

Desperados is directed by LP and also stars Robbie Amell and Heather Graham.

Synopsis: Led by a warrior named Andy (Charlize Theron), a covert group of tight-knit mercenaries with a mysterious inability to die have fought to protect the mortal world for centuries. But when the team is recruited to take on an emergency mission and their extraordinary abilities are suddenly exposed, it’s up to Andy and Nile (KiKi Layne), the newest soldier to join their ranks, to help the group eliminate the threat of those who seek to replicate and monetize their power by any means necessary. Based on the acclaimed graphic novel by Greg Rucka and directed by Gina Prince-Bythewood (LOVE & BASKETBALL, BEYOND THE LIGHTS), THE OLD GUARD is a gritty, grounded, action-packed story that shows living forever is harder than it looks.

Ellie (Nia Long) tries to mend her marriage with her husband Marcus (Stephen Bishop) after a brief encounter with an old friend, David (Omar Epps), only to find that David is more dangerous and unstable than she’d realized. Fatal Affair is directed by Peter Sullivan.

Synopsis: Elle Evans (Joey King) just had the most romantic summer of her life with her  reformed bad-boy boyfriend Noah Flynn (Jacob Elordi). But now Noah is off to Harvard, and Elle heads back to high school for her senior year. She’ll have to juggle a long-distance relationship, getting into her dream college with her best friend Lee (Joel Courtney), and the complications brought on by a close friendship with a handsome, charismatic new classmate named Marco (Taylor Zakhar Perez). When Noah grows close to a seemingly-perfect college girl (Maisie Richardson-Sellers), Elle will have to decide how much she trusts him and to whom her heart truly belongs. Director and screenwriter Vince Marcello returns for The Kissing Booth sequel, based on the “The Kissing Booth” books by Beth Reekles.

Offering to the Storm – 24 July

Offering to the Storm is a gripping and hair-rising thriller in which the plot accelerates towards a surprising ending in which Amaia must face the true origin of the events that have ravaged the Baztan valley for years. Even if an impressive snowstorm tries to bury the most devastating truth.

Based on the upcoming book of the same name, Cursed is a re-imagining of the Arthurian legend, told through the eyes of Nimue, a teenage heroine with a mysterious gift who is destined to become the powerful (and tragic) Lady of the Lake. After her mother’s death, she finds an unexpected partner in Arthur, a young mercenary, in a quest to find Merlin and deliver an ancient sword. Over the course of her journey, Nimue will become a symbol of courage and rebellion against the terrifying Red Paladins, and their complicit King Uther.

Say I Do features deserving couples who have always intended to marry, but for one reason or another, were never able to make their big day a reality. Interior Designer Jeremiah Brent, Fashion Designer Thai Nguyen and Chef Gabriele Bertaccini will make the couples dream weddings come to life. Say I Do dives into the love stories of these couples and finds out what matters most to them when they tie the knot. The three experts will help the Groom with a plan to surprise their “spouse to be” with a personalised proposal, followed by their dream wedding… this weekend!

The iconic series UNSOLVED MYSTERIES is back! Fusing signature elements from the original series with contemporary immersive, character-driven storytelling, the 12 new episodes are rooted in the experiences of ordinary people who have lived the unthinkable — from the trauma of a loved one’s unexplained disappearance or horrific death, to the shock of a bizarre paranormal encounter. Alongside detectives and journalists, family members offer clues, present theories, and identify suspects, hoping one viewer holds the key to solving the mystery. From the creators of the original docuseries, Cosgrove/Meurer Productions, and 21 Laps Entertainment, the producers of Stranger Things.

Inspired by the Manga novels, Warrior Nun revolves around a 19 year-old woman who wakes up in a morgue with a new lease on life and a divine artifact embedded in her back. She discovers she is now part of an ancient order that has been tasked with fighting demons on Earth, and powerful forces representing both heaven and hell want to find and control her.

The legendary horror franchise that is “Ju-On” is set to once again shake the world as Netflix Japan sets to release its first-ever horror of Netflix Japan Original, “JU-ON: Origins.”

“JU-ON: Origins” will focus on the true events of which is the inspiring base of the story. Those are the beginning of the “curse” and give a raw look at the chain of terror that befalls all of those who come into contact with the house.

STATELESS is a powerful and timely series about four strangers whose lives collide at an immigration detention center in the middle of the Australian desert: an airline hostess on the run from a dangerous cult, an Afghan refugee and his family fleeing persecution, a young father escaping a dead-end job and a bureaucrat running out of time to contain a national scandal.

Finding one’s soulmate is not an easy task. Even with the various dating apps and platforms available nowadays, the true match happens in real life only. Dating Around Brazil is an anthologic reality show that follows six singles seeking a new love in São Paulo. Each single goes to five blind dates to meet people that are completely different from each other. The result: a romantic kaleidoscope where it is possible to witness the rise of genuine connections, but also the so-called friendzone and – why not – pure strangeness. If one of the crushes seems to be the perfect match, then a second date can happen in some iconic place of the city.

Netflix’s critically acclaimed, Emmy-nominated series Last Chance U returns for Season 5 in a brand new setting to give viewers a raw, authentic look at the junior college football program at Laney College in the heart of Oakland, CA. After clinching the title of state and national champions in 2018, the Laney Eagles have a hard season to follow and a lot to prove. Going into his eighth season and having built the program from the ground up, powerhouse head coach John Beam must fight to rally the team amidst countless setbacks. Season 5 brings intensity both on and off the field as players battle injuries, stress, and personal demons while finding much needed support in the community and taking pride in their scrappy mentality and motto “Laney Built.”

Five warned his family (so, so many times) that using his powers to escape from Vanya’s 2019 apocalypse was risky. Well, he was right – the time jump scatters the siblings in time in and around Dallas, Texas. Over a three year period. Starting in 1960. Some, having been stuck in the past for years, have built lives and moved on, certain they’re the only ones who survived. Five is the last to land, smack dab in the middle of a nuclear doomsday, which – spoiler alert! – turns out is a result of the group’s disruption of the timeline (déjà vu, anyone?). Now the Umbrella Academy must find a way to reunite, figure out what caused doomsday, put a stop to it, and return to the present timeline to stop that other apocalypse. All while being hunted by a trio of ruthless Swedish assassins. But seriously, no pressure or anything.

How do you win back your girlfriend from the school drug dealer? For Moritz, the answer is clear: sell better drugs. Together with his best friend Lenny, he launches, out of his teenage bedroom, what turns into an unexpectedly successful online drug market. 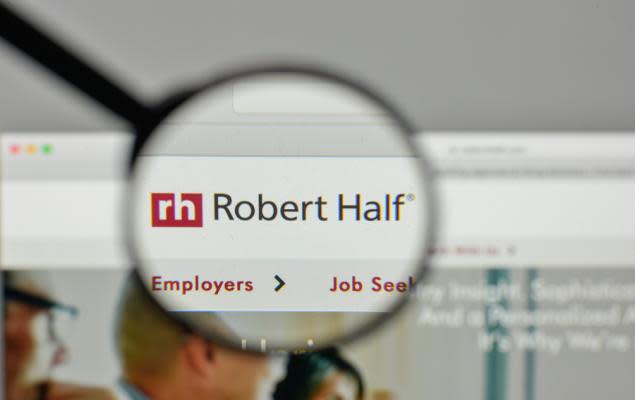