WhatsApp’s new payments system in action – WhatsApp WhatsApp will today begin rolling out its payments service across India as it aims to gain a slice of the country’s fast growing digital payments market. The Facebook-owned app said WhatsApp Pay in India will make transferring money “as easy as sending a message” […]

WhatsApp will today begin rolling out its payments service across India as it aims to gain a slice of the country’s fast growing digital payments market.

The Facebook-owned app said WhatsApp Pay in India will make transferring money “as easy as sending a message” and help cut down on the need to exchange cash or go to a bank.

It comes just months after Facebook paid $5.7bn (£4.27bn) for almost a tenth of Mukesh Ambani’s telecoms company Reliance Jio, which is attempting to expand into India’s ecommerce market.

The service is expected to help Reliance’s online grocery retailer JioMart in its ongoing tussles with both Amazon and Walmart’s Flipkart. India is the messenger firm’s biggest market with 400 million users.

Mark Zuckerberg, Facebook’s founder, said in a video statement accompanying the India launch that the move would boost “innovation” in payments.

WhatsApp designed the feature with the National Payments Corporation of India by using its unified payment interface (UPI).

Users must have both a bank account and debit card in India in order to use the service. Facebook said the app sends instructions to banks, which then triggers the transfer of the funds through UPI.

The stakes are high for all the competitors as the digital payments market was worth about $75bn in 2019 and is expected to rise past $500bn by 2025.

“In the long run, we believe the combination of WhatsApp and UPI’s unique architecture can help local organisations address some of the key challenges of our time, including increasing rural participation in the digital economy and delivering financial services to those who have never had access before,” WhatsApp said in a blog post on Friday.

Facebook has been waiting for two years to launch its service in India. The roll out was delayed after regulators demanded that data from the service should be kept separate from other data owned by the company, and be hosted in India rather than the US.

Facebook said it has made changed to comply with the regulations.

Fri Nov 6 , 2020
The coronavirus pandemic is changing education for managers and employees. A panel at Business Insider’s Global Trends Festival brought together three leaders to comment on the changes. The speakers predicted that customization and flexibility are going to be key in online education and remote working in the future.  Visit Business […] 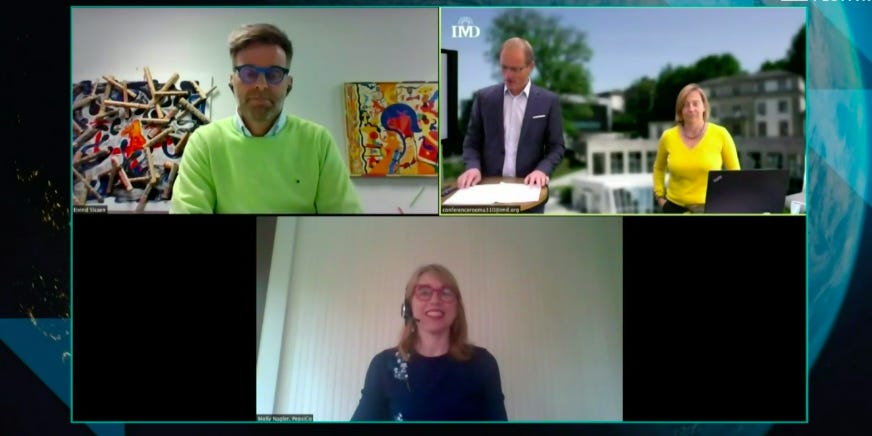