TUSCALOOSA, AL. — White House Coronavirus Response Coordinator Dr. Deborah Birx had high praise for the University of Alabama and its students as part of her trip across the south visiting with university and community leaders, which stopped in Tuscaloosa on Friday. A world-renowned global health official, Birx was appointed […]

TUSCALOOSA, AL. — White House Coronavirus Response Coordinator Dr. Deborah Birx had high praise for the University of Alabama and its students as part of her trip across the south visiting with university and community leaders, which stopped in Tuscaloosa on Friday.

A world-renowned global health official, Birx was appointed to the Office of the Vice President to aid in the government’s response to COVID-19 and can regularly be seen speaking during White House press briefings on matters related to the COVID-19 pandemic.

“I think what we have found across a series of, particularly the SEC schools where we’re concentrated in this trip, the schools that prepared and had a plan,” she said, pointing also to her visit to the University of South Carolina this week. “But [the schools] also understood the plan had to be adjusted because it was theoretically on paper to begin with, then as students arrived they really had to take into account and adjust the plan.”

She then said schools that have been able to remain open and continue to have students on campus have been not only schools with a firm plan that included strong testing, but also a plan for quarantining, isolating and supporting those students through the process.

“What we’ve seen in really successful institutions like the University of Alabama is a real coalition between students, the administration and the community, working together following a single goal, with 100% buy-in and I think that requires a lot of transparency and we appreciate the University of Alabama putting up their data,” Birx said. “We were quite taken by the data because it was very interesting to us that most of the administration and faculty was infected over the spring and summer period rather than during the time students have been back on campus and I think that really illustrates that there is most people are becoming infected in the community through community spread.”

To Birx point, 1,889 UA students have been identified as positive for the virus as of Sept. 3 since classes began on Aug. 19. Conversely, the number of faculty and staff testing positive during that time was at 21 since the beginning of classes, compared to 157 testing positive in the months leading up to the start of fall classes.

Talk then turned to college town bars and how the federal government views their operations amid a pandemic. Birx said the White House response team has given consistent advice about bars when talking to governors across the south, but approaches have varied from state to state.

“The majority of [governors] went with mask mandates across the state or really supported local mask mandates, and we think that’s really critical because it really sets the tone of what we need to do to protect ourselves and protect others,” she said. “And in our recommendations for areas with high community spread, we recommended closing bars where there could not be seated opportunities and social distancing.”

She went on to say some governors explored information such as the demographics of bar visitors and the times they visit bars.

“A couple of the states that had significant outbreak limited hours to the bars and I will tell you that that has had as much mitigation impact as we have seen from closed bars and avoid having the under-30 set after 10 p.m.,” Birx said.

Football season also approaches and debate persists over how crowds in places like Bryant-Denny Stadium should be handled with respect to the spread of the virus.

Birx said the White House response team has given specific recommendations about social distancing and what that will involve at events like football games, stressing the importance of social distancing not only in the stadium itself, but while entering the stadium and using its facilities such as bathrooms.

“I haven’t seen those plans [from UA], but each of those components need to be taken into consideration,” she said.

Speaking to efforts made by students, Birx mentioned the difficulty for students coming on to campus, particularly sophomores, juniors and seniors, who may have had an expectation for their college experience, only to be met with an unprecedented situation once on campus.

“I think what we’ve seen here over the last few weeks is leadership at the student level, leadership at the Greek level, and really coming together to make sure students understood the importance of protecting themselves … but also protecting others,” she said. “I think they really understood after that first week or two the consequences of becoming positive were far greater than their individual consequences of feeling a very mild disease.”

Birx also said in her conversations with students, she learned of the serious decisions being made about whether students would go home or not because they knew they were coming from a multi-generational household.

But economics factored in as well, she said, pointing to students who may have to work two or three jobs to support themselves and finance their studies — all of which have been impacted due to the pandemic.

“And if the university had gone solely online or sent students home, those students would not have the ability to stay in college,” she said. “I think what impressed me was they not only knew the issues related to the virus, they knew the economic circumstances of their fellow students.”

When asked about the possibility of another surge, Birx said her team has seen a collective effort across the south to mitigate the spread, but she did mention some takeaways after driving through the state and taking note of places like gas stations, coffee shops and restaurants to get an idea of how people are going about their everyday lives.

In closing, discussions turned to ongoing trials for a coronavirus vaccine. The question came shortly after AstraZeneca’s Phase 3 COVID-19 vaccine trials were shut down due to a trial patient began to experiencing neurological symptoms.

Birx said the AstraZeneca product is a Johnson & Johnson vector vaccine and an active investigation is underway relating to the vaccine. A vector vaccine uses a weakened version of a virus to stimulate an immune response.

Despite the setback for one vaccine product, Birx said two other products are also currently in Phase 3 trials and showing promise.

“The reason we did three very different platforms is to ensure if there were any concerns that developed in one platform, we had other platforms under development,” she said.

She then expressed optimism in saying when enrolling is completed for the first two vaccines, that 60,000 Americans will be studied for not only the efficacy of the vaccine, but its the safety for the patient.

“That’s why that number is so large, to make sure we can study safety in a large number of Americans,” she said. “We’re manufacturing all of those vaccines in the hopes that one of them will show promise and be effective, but we want those vials sitting ready for distribution the second we show it’s efficacious and safe, so there is zero delay in delivering the vaccine to the American people.”

This article originally appeared on the Tuscaloosa Patch 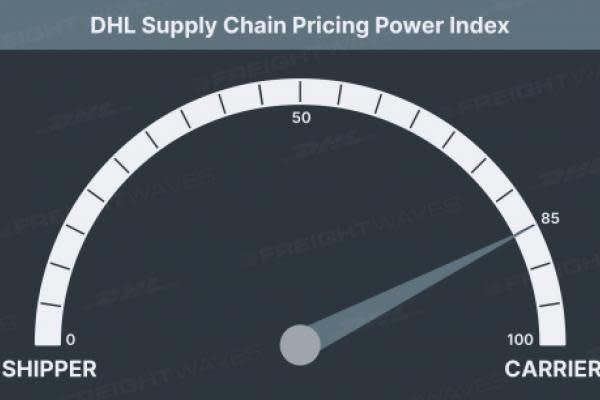