When the sale of Heather Lord’s house completed, her conveyancing solicitor attempted to transfer funds to her bank account. An automated message warned him that her name did not match the name on the account he was paying into, and that the transfer would therefore be at his own risk. […]

When the sale of Heather Lord’s house completed, her conveyancing solicitor attempted to transfer funds to her bank account. An automated message warned him that her name did not match the name on the account he was paying into, and that the transfer would therefore be at his own risk. Lord was baffled.

“I phoned the bank and asked who I was,” she says. “They told me I was Ms Heather Audrey Lord. This was also refused by the system! As we didn’t want to risk my money disappearing, I asked for a cheque, made out to Heather Lord, which was processed with no problem.”

She is one of dozens of Observer readers to be questioned about their identity after a new name-matching system, adopted by banks, refused to recognise them.

Confirmation of Payee (CoP) was introduced at the end of June to allow customers to check that the name of the person they want to pay matches the name on the account. Before that, systems only checked the account number and sort code. This gave scammers free rein to masquerade as a trusted account holder and trick customers into transferring money.

As online fraud soars, the new scheme is designed to make bank transfers more secure, and campaigners claim that it is long overdue. It should be simple: if a customer enters the name of an individual, or company, as it appears on their bank account, a match – or a partial match – should be confirmed. The trouble is, it’s so secure that some customers are unable to send or receive money without ignoring dire warnings that they proceed at their own risk.

Louise Abbott-Little was unable to receive a payment because her name was deemed too long by the sender’s bank for a match, whereas Judith Mallinson discovered that her company’s name has been extended by her bank for matching purposes. “Our business is called BowWowMiaow Doggy Day Care, which can be difficult enough to get right,” she says. “Our bank insists on the name on our business account being BowWowMiaow Doggy Day Care Ltd T/A BowWowMiaow Dog and we’ve had reports from a couple of people that they’ve been unable to set up payments.”

Some systems don’t recognise spaces between initials, hyphenated surnames or ampersands. Some require a middle name or a title, even when they are not included on bank statements, while joint-account holders are finding that only one name – often the man’s – is accepted for matching purposes.

I could give someone my name from my bank statement, my debit card, my chequebook or my credit card – only two are alike!

Robert May shares an account with his partner. “A friend tried to transfer money using my partner’s full name, with and without a middle initial, and it failed in all cases. It only succeeded when they substituted my name,” he says.

Celia Pillay was stymied when trying to move funds from her account to a joint account with another bank which she holds with her husband. “It failed the CoP test five times, even when I used the name of the account as printed on the cheque book,” she says. “I was eventually told that the payee, for this system’s purpose, was the main account holder only. I don’t know how I was supposed to know this.”

Banks state the name should be entered as it appears on the account, which leaves customers guessing when a trading name is different from a registered name, or if there’s a personal title included. Wilfred Underwood has tried in vain to pay companies and sole traders using the name on invoices. “I could give someone my name from my bank statement, my debit card, my chequebook or my credit card – only two are alike!”

Customers can choose to override a no-match message and continue, but they are warned that their money may not be recoverable if it ends up in the wrong account.

Lucy Walsh says she has been forced to either ignore that message or endure lengthy waits on her bank’s helpline on multiple occasions, when a correctly formatted name has been flagged as invalid. On each occasion the payment went into the intended account, despite the warning. “I’m concerned that this system, in its current form, serves to protect banks rather than customers,” she says. “Customers can only complete the transaction by ignoring the bank’s warning, therefore freeing the bank of any liability. If it’s a large sum, I transfer a small test payment and call the recipient.”

Nationwide blamed Lloyds for inserting a comma incorrectly, and Lloyds blamed Nationwide for not allowing at least a partial match

Banks tend to blame each other. Freelancer Machteld de Waard has been left out of pocket because a Lloyds customer was unable to get past CoP to pay into her Nationwide account. Numerous calls to Nationwide failed to resolve it.

When the Observer intervened, Nationwide blamed Lloyds for inserting a comma incorrectly, and Lloyds blamed Nationwide for not allowing at least a partial match. Nationwide eventually paid £100 in goodwill and admitted the matching protocols and algorithms were complex, and that banks are still seeking an optimal approach.

The retail payments authority, Pay.uk, has set the rules and standards for CoP and says it’s an important step to protect customers as Authorised Push Payment Fraud, where customers are tricked into paying money into a scam account, rose by more than 40% last year, and cost £455m.

“There is an industry-wide set of rules and standards for CoP, but, within these there is a degree of flexibility for individual banks to develop their own specific matching criteria. This is to reflect the fact that different banks use different name formats,” it says. “Cases of customers having issues are extremely low compared with the number of requests processed successfully. As best practice, customers should use the full first name (not initials) and last name, or the full name of the business, they are paying.”

Reader Jo Driscoll despairs. Three people failed to get a name match when trying to transfer payments from three different banks, even after her bank had confirmed the correct format.

“They all made the payment anyway, having been warned it was at their own risk, and the money arrived safely,” she says. “If others are not prepared to take the same risk, I will not be getting paid. Cheques are being phased out, so where do we go from here?”

Sun Sep 6 , 2020
Holding a fist up next to his head like a soldier, Huang Chunhao makes a solemn vow. “I hereby swear an oath: from today onwards, I will correct bad habits, be kind to others and try my best to get rid of gambling addiction.” Gambling was outlawed in mainland China […] 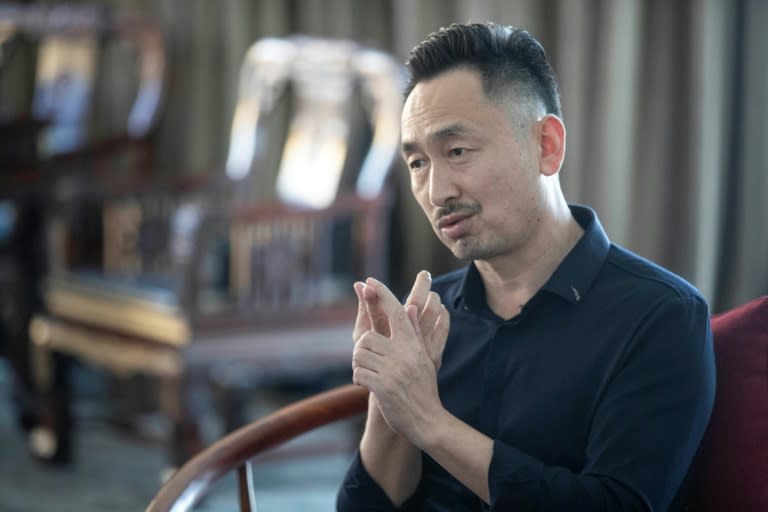