Unlike Maxwell, the ninth and last child of a disgraced media tycoon, Borgerson appears to have had a steady, all-American childhood. Raised in Southeast Missouri, his father was a former Marine infantry officer and police official, his mother a high school teacher. Borgerson was a youth elder at the local […]

Unlike Maxwell, the ninth and last child of a disgraced media tycoon, Borgerson appears to have had a steady, all-American childhood. Raised in Southeast Missouri, his father was a former Marine infantry officer and police official, his mother a high school teacher. Borgerson was a youth elder at the local Grace Presbyterian Church, an Eagle Scout and, by all accounts, brimming with potential.

After high school he elected to join the US Coast Guard Academy, then spent four years piloting a patrol boat in the Caribbean, after which he earned a master’s of arts in law and diplomacy at Tufts University in Massachusetts followed by a PhD in international relations.

His interest in all things maritime only deepened over time, and by 2010 he had a business idea, marrying the worlds of shipping and technology to found CargoMetrics which uses millions of data points around the world to map precisely where ships are, where they’re going and what they’re carrying. According to its website, its core values are humility, respect, authenticity, grit, integrity and teamwork.

The company took off: while around 90 per cent of global trade moves by sea, the industry was relatively opaque and poorly monitored, meaning any method of better-monitoring more than 120,000 ships across the world was welcomed. In 2016, the then Google CEO, Eric Schmidt, backed CargoMetrics, as did a clutch of other billionaires.

In interviews during those years, Borgerson comes across as a man entirely focused on his mission of building a multi-million-dollar company. He was fascinated by oceans but equally propelled by a desire to be more successful than those who’d taken a more conventional path.

“There’s a lot that motivates me, including – if I’m honest – I have a big chip on my shoulder to beat the prep school, Ivy League, MBA crowd,” he once said. “They’re bred to make money, but they’re not smarter than everyone else; they just have more patina and connections.”

Evidently, he loosened his policy on privileged types with more patina and connections by 2013, when Maxwell clinked his glass. The following year, he filed for divorce from Rebecca, the mother of his two children, citing irreconcilable differences. In court papers, she claimed that he drank too much, hit her and threatened to beat her. He counter-claimed that she was “erratic” and used religion “in an extreme manner.”

The split was finalised in 2015, after which Borgerson appears to have undergone an impressively clichéd post-divorce makeover: he grew a beard, shaved his head, lost weight and swapped his suits for a uniform more befitting a 21st-century tech bro worth $100m. The result is a look that’s uncannily like Oscar Isaac’s unsettling CEO character in the film Ex Machina.

According to a former TerraMar Project colleague who spoke to The New York Times, Maxwell would gush about how “hot” and “brilliant” Borgerson was, and that her new life included taking his children to school. It has been suggested that the couple married in 2016, though exactly where or when isn’t clear – no marriage certificate has been seen, fuelling speculation they may have married abroad, but financial records show Maxwell transferred vast sums to Borgerson that year, which experts say could have been designed to protect her financially from any claims lodged by alleged victims of Epstein.

Did Borgerson know, or mind, that his new wife’s former boyfriend was a convicted paedophile financier who allegedly entrusted Maxwell with procuring young women for him? It seems not. In July 2019, a month before Epstein died in jail, Maxwell had vanished, leading the world’s media, authorities, amateur detectives and conspiracy theorists on a manhunt.

That August, Borgerson was identified in the press as a “boyfriend” who was sheltering her in his $3m oceanfront home in Manchester-by-the-Sea, Massachusetts, which was promptly staked out by reporters from around the globe, and where he was photographed walking a dog that friends reportedly recognised as Maxwell’s champion-bred vizsla.

“Ghislaine Maxwell is not at my home and I don’t know where she is,” Borgerson told Business Insider. “I’m passionate about ocean policy and wish people were as interested in … joining the law of the sea.”

The law could wait. The scrutiny intensified, but Maxwell remained hidden, throwing the media a bizarre but successful red herring, by releasing an edited photograph showing her eating a burger on the opposite side of the country.

All the while, Borgerson kept his head down, running CargoMetrics and never allowing himself to be officially connected to Maxwell. That worked until July 2020, when she was arrested by the FBI while living on a 156-acre estate called Tuckedaway in Bradford, New Hampshire, and charged with trafficking minors for Epstein.

Sat Dec 19 , 2020
Photo illustration by Slate. Photo by Getty Images Plus. Slate is now asking those who read the most to support our journalism more directly by subscribing to Slate Plus. Learn more. To get advice from Prudie, send questions for publication to [email protected] (Questions may be edited.) Join the live chat every […] 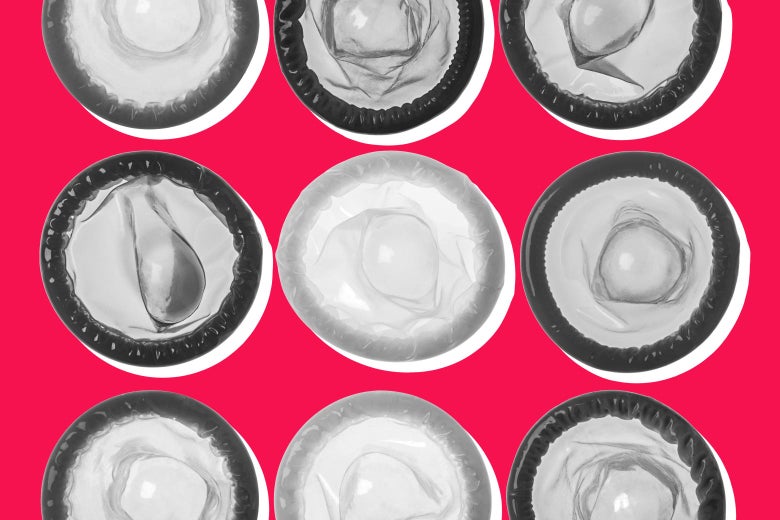