Why do they keep doing it? Why do pension fund trustees keep doing this, and falling for one of the oldest games in the business? The $4.8 billion pension fund of New York’s Metropolitan Transportation Authority just became the latest to sue a hedge-fund manager after losing hundreds of millions […]

Why do they keep doing it? Why do pension fund trustees keep doing this, and falling for one of the oldest games in the business?

The $4.8 billion pension fund of New York’s Metropolitan Transportation Authority just became the latest to sue a hedge-fund manager after losing hundreds of millions of dollars in complicated financial vehicles that maybe nobody could understand.

The MTA joins a list of woebegone pensions suing German financial giant Allianz over its “Structured Alpha” funds, which collapsed in the market turmoil earlier this year wiping out 97%—yes, really—of investors’ capital.

The MTA says it had $330 million invested in the fund.

I’d say this was the worst hit taken by the subway since The Taking of Pelham One Two Three, but the ransom back then was only $1 million (OK, in 1974 dollars).

Others suing Allianz are the Blue Cross Blue Shield National Retirement Trust, Lehigh University, the Arkansas’ Teacher Retirement, and the Teamsters. So far.

Blue Cross Blue Shield says it had $2.9 billion in the fund at the start of the year and suffered “staggering” losses. Lehigh had $62 million in the fund. The Arkansas teachers lost an astonishing $774 million.

Oh, and for a kicker: The pension fund trustees say in their complaint that the hedge fund was sold to them as an “all-weather” fund. Oops.

For its part, Allianz issued a statement denying any wrongdoing. “While the losses sustained by the Structured Alpha portfolio during the market downturn in late February and March were disappointing,” it said in a statement, “AllianzGI believes the allegations made by the MTA are legally and factually flawed. We will defend ourselves vigorously against these claims.” The funds were shooting for high returns and came with high risks, the insurance giant says. Those risks, it says, were “fully disclosed.”

The lawyers are going to make a fortune on this one. The pension funds have all filed long and detailed complaints with the courts, trying to explain how Allianz was “negligent” and “imprudent” in the complicated derivatives strategy it pursued, the way it executed, or both.

But there’s a simpler question to ask. Regardless of whether or not the managers of Allianz “Structured Alpha” portfolios were following their own promised strategy, what on Earth are these pension fund managers doing investing in these hedge funds anyway?

Hedge funds are a terrible investment. Absolutely terrible. The few funds that really know how to beat the market have little incentive to invite outside investors because, because, well, why would they? If I know how to beat the market by a wide margin every year, why on Earth would I go around giving my profits away to other people? Renaissance Technologies’ Medallion Fund, the superstar of funds, hasn’t wanted your money for nearly 30 years.

It’s really not complicated. Most hedge funds are brilliant vehicles designed to make their managers rich. That doesn’t mean they’re doing anything illegal, or maybe even unethical. It’s capitalism. It just means they’re generally a terrible investment, like a new car or a $30,000 handbag. Only with hedge funds, you don’t even get the car or the bag.

Consider this: Based on data from New York University’s Stern School of Business, we can work out that a simple, balanced portfolio of 60% U.S. stocks and 40% Treasury bonds has typically earned you about 8% a year, on average, going back to the 1920s. A hedge-fund manager who charges the industry’s typical high fees—often 2% a year plus 20% of the profits—would have to make about 11.5% a year gross just for you to do as well after fees. In other words, as an investor, you’re not going to get ahead of the game at all in the average hedge fund unless the managers can do as well as stock and bonds, and half as much again, year after year.

Seriously? You think someone can beat the market by more than 50% a year and they’re going to cut you in?

(The Allianz fund, incidentally, had a different fee structure, but was designed to take big risks.)

If you don’t believe me, check out the industry numbers.

Through the end of August this year, stocks were up and bonds were up—big time. The SPDR S&P 500 (
SPY,

)—think: insurance against deflation and depression—was up 29%. And the Pimco 15+ Year US TIPS fund (
LTPZ,

)—basically, insurance against inflation and stagflation—was up 23%. So you were making out like a bandit on your insurance as well as your “risky” stocks.

These are all funds that any Joe or Joanna can buy through an online brokerage. Open a new account and you may not even have to pay a stock trading fee.

Meanwhile, how have hedge-fund investors fared so far this year? They were actually down 3.7% through Aug. 31, according to Hedge Fund Research, which tracks the numbers. That’s the asset-weighted average return.

And that’s not just since January. The picture is the same over one year or five. The average hedge fund investment has done worse, much worse, net of fees than pretty much any basic portfolio you care to mention.

But maybe the best measure of all is to look at what would have happened if hedge-fund investors had just shown Wall Street the door and instead randomly picked stocks themselves, not just in the U.S. but around the world. That way you’re not even skewing the numbers by comparing hedge funds to the S&P 500, which has been a huge outperformer in recent years.

Over the past five years, through August 31, the MSCI ACWI “equal weight” index of major stocks in developed and emerging markets is up 42%. So someone randomly choosing a large bunch of stocks from around the world, using a dartboard and blindfolds, and investing equal amounts in each one would probably have made about 40%. (Meanwhile LTPZ has earned investors a 58% return on their money, and ZROZ, 71%).

What did hedge-fund investors earn during that time, after fees? Less than 12%, says Hedge Fund Research.

No, not per year. Total. The blindfold and the darts beat them by a ratio of more than three-to-one.

Some of the pension funds which lost their members’ shirts in Allianz Structured Alpha said they owned the fund in order to protect against a short-term stock market collapse—like the one we had in March.

But once again, the most interesting question isn’t why the Allianz funds failed to provide the protection but why the pensions sought it. If you’re running a massive pension fund you probably don’t need much protection against short-term volatility. And if you do, or you think you do, you can buy it cheaply without having to hire hedge-fund managers with the jargon and their beloved Greek letters (including not only “alpha,” “beta,” “gamma,” but also “Omega,” referring to the watch they are going to buy with your money). Long-term Treasury bonds and TIPS generally work as crisis insurance. So, according to research published last year, does buying high-quality stocks. So do out-of-the-money put options on the S&P 500. Those are basically insurance contracts that pay out only if the market collapses. And anyone can buy them through an online broker.

So, seriously: Why do these pension fund managers keep doing this fancy stuff instead? It’s not clever—quite the reverse.

Sat Oct 3 , 2020
The 20 biggest homebuyer turnoffs If today’s seller’s market for homes and fantastically low mortgage rates have you thinking it’s time to sell your house, take a good look around your property. It probably needs some work to make it sell-ready. What you do or don’t do to get the […] 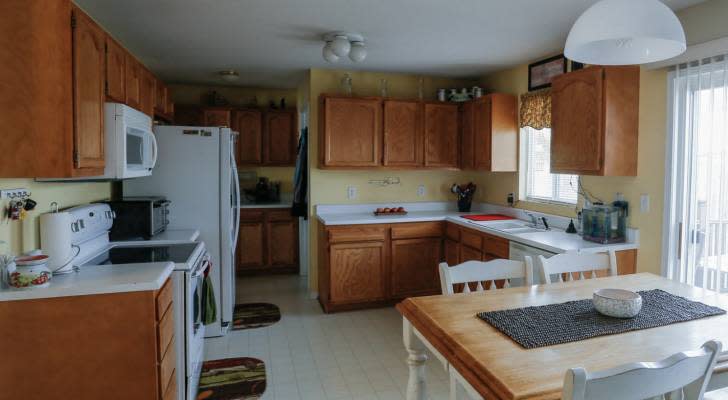