I am a very lucky person. I make a very good living doing something I enjoy tremendously and I am able to help other people improve their lives as well. I have a great family and people who love me. Every year at Thanksgiving I like to share the story […]

I am a very lucky person. I make a very good living doing something I enjoy tremendously and I am able to help other people improve their lives as well. I have a great family and people who love me.

Every year at Thanksgiving I like to share the story of my journey over the past 30 years. Being grateful for what we have helps to produce an optimistic mindset, and optimism is what leads to more positive outcomes. I never imagined my life would turn out the way it did and I’m now very thankful for the obstacles and hardships I was forced to deal with.

By telling my store I hope I can provide some motivation for others who are dealing with struggles that may seem insurmountable. Even when your situation seems hopeless you can survive, prosper and be happy if you have the right frame of mind.

My story starts back in the 1990s. I had graduated from the University of Michigan with business and law degrees and had earned a CPA designation after working for two international CPA firms. I was trying hard to establish a specialized legal practice that focused on tax and corporate matters. It was a struggle, but I was making progress and the future looked very promising until I went totally and completely deaf.

Ever since I was a teenager I had dealt with hearing loss. My mother’s family had a history of deafness and I had inherited the defective gene. It was an annoyance and an embarrassment at times, but I had been able to hide it fairly well. That is, until one day when I was on the phone with an IRS agent trying to resolve a complex case and realized that no matter what I did I could not hear anything being said.

My hearing had started to decline rapidly, and within a short time I was totally deaf. No hearing aid or device could help me. I could lip-read a little, but sign language is only helpful if you are dealing with other deaf people. To communicate I generally had to resort to written notes.

There isn’t much demand for lawyers who can’t hear, so I was forced to give up my law practice. My small savings account was rapidly depleted. I was now divorced, broke and deeply depressed. One of the worst things about deafness is that it isolates you from people. When you can’t communicate you are cut off from the world and few things are more debilitating than long periods of isolation.

Luckily, I had a small disability insurance policy from the State Bar Association, so I wasn’t going to starve, but I had no idea what I was going to do with my life. I was unable to do anything but menial work because I couldn’t communicate.

I drifted from day to day until I eventually stumbled across Compuserve and Prodigy on my brother-in-law’s new PC. These online services allowed me to communicate with people without needing to hear. It was a great relief to have some normal human interaction again and I quickly embraced it.

Eventually, I came upon some of the online stock discussion boards. The boards are not all that much different than what we have on Twitter these days. There were a wide variety of topics discussed and it was interesting to see the many variations in style.

In business school, I had some basic finance classes that dwelled on Modern Portfolio Theory, valuation formulas and diversification — all the standard stuff that money managers use in running big funds. I had learned nothing about the excitement of technical analysis or momentum investing. Long-term buy-and-hold was deemed the only prudent approach to the market

I had tried some longer-term investments but soon grew impatient with the mediocre results and I wanted to try my hand at something that could produce immediate results. I tried some penny stocks and was burned in some outright frauds, but I eventually realized that the only thing that really mattered was price action. Financial statements, news stories, economics, valuations and the many other things we see in the financial press each day may be interesting, but if you wanted to make money you needed to find stocks that were moving in the right direction and trade them aggressively.

It became very apparent to me that I couldn’t compete with huge institutional funds by doing the same thing they did. I needed to ride on the coattails of the whales and use their size against them. The best way to do that was to look at charts and understand the price action. I could move fast, so why squander that advantage by pretending to be a mini mutual fund?

I had a small amount of money I couldn’t afford to lose, and I had to physically go to the broker’s office because I couldn’t hear on a phone, but I was intrigued and tried a few small trades. I started sharing ideas on the Prodigy message board and soon has a small following as my trades started to work.

One of my best early trades was the stock II-VI (IIVI) , which is still trading today. It moved up nearly tenfold in 1994-95 and my small stake had multiplied. Online trading started and now I no longer had to struggle to communicate with a broker.

I threw myself into trading and had great fun arguing with the founders of Motley Fool, who had shown up one day on AOL promoting a long-term buy-and-hold strategy of stocks such as Iomega. I traded that name aggressively with great success and had some heated debates with Herb Greenberg over its merits.

Herb is a great pro who can have intelligent discussions with those who disagree with him. He was running a website on AOL at the time and invited me to set up the Shark Attack area for short-term traders. We developed one of the very first online chatrooms. Capacity was limited, and people would wait for hours just to grab a seat. Eventually, I moved to the Internet and still operate SharkInvesting.com to this day with many of our original members from over 20 years ago.

The Wall Street Journal wrote this article about my success back in the bubble days in March 1999.

I enjoyed sharing my trades, and the teaching aspect of the business was tremendously satisfying. I sent a note to David Morrow, who was the editor of TheStreet.com, to see if he was interested in my commentaries. Unknown to me, Jim Cramer had followed some of my stock picking on AOL and I was offered a chance to write. I’ve been writing for RealMoney.com now for close to 20 years.

I was extremely lucky with the timing of my trading career. The late 1990s and early 2000 were a perfect time for aggressive momentum investors and I made far more money than I dreamed possible, but what ultimately was even more important was that I developed a methodology to protect profits. When the market topped in 2000 I gave back some gains, but within a matter of months I had my accounts back at all-time highs and was focused on finding the next good trade. Keeping my accounts close to highs was one of my mantras.

While visiting Florida one winter I met a very attractive young lady on the beach. She previously had been married to the grandson of one of the richest men in the world, RJ Reynolds, but her husband led a very sad and tragic life and left her with almost nothing after his death. That is a story for another time, but it was another lesson of how wealth can come and go in the blink of an eye.

Gail and I were kindred spirits and together we developed a simplistic form of sign language that allowed us to communicate. After our marriage, we were blessed with three children. Isabella, James and Samuel have been home-schooled on a 70-acre homestead in rural North Carolina. Today happens to be our 25th wedding anniversary.

Being deaf had turned out to be a great blessing, but I was blessed further with medical technology called a cochlear implant. I had this surgery done and now I can communicate normally in most situations. It is imperfect, but it is truly miraculous technology.

I never imagined that going deaf and losing everything would turn out the way it has. I am still learning about trading and the stock market every day and I love it. I am privileged to be able to write for RealMoney.com and find it extremely satisfying that I can help others to earn income for their families and reach their financial goals. On this day of Thanksgiving I am grateful.

Get an email alert each time I write an article for Real Money. Click the “+Follow” next to my byline to this article.

These Are the Stores Open on Thanksgiving and Black Friday

Thu Nov 26 , 2020
TipRanks 3 Stocks Top Analysts Say Will Soar in 2021 Sentiment is on the rise as the annus horribilis 2020 winds to an end. There’s a feeling, after all we have been through over the past ten months, that things just can not get worse. And so, investors are looking […] 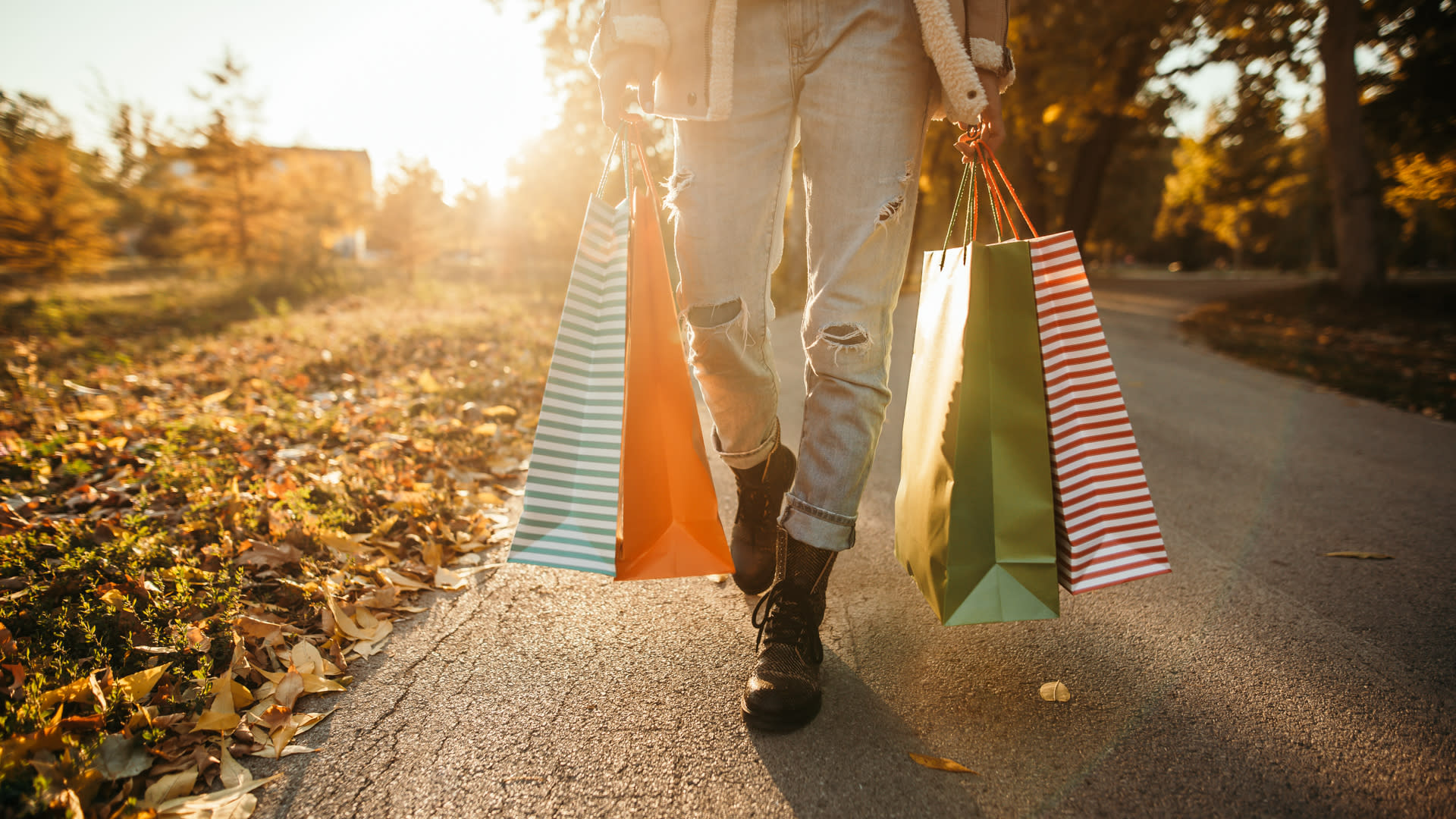