The phrase “to rise like a phoenix out of the ashes” originates in Greek mythology, from the bird that regenerates from the ashes of its predecessor. In the face of operational failure, few companies have the magical ability to turn on their heels and pursue wholly new business models and […]

The phrase “to rise like a phoenix out of the ashes” originates in Greek mythology, from the bird that regenerates from the ashes of its predecessor. In the face of operational failure, few companies have the magical ability to turn on their heels and pursue wholly new business models and strategies. But one potential “phoenix” that’s been garnering a lot of investor attention is Eastman Kodak (NYSE:KODK).

It is still up for debate as to whether the camera and film processing business, which filed for bankruptcy in 2012, is enjoying a true revival of its own. So why is the company suddenly in the news again, and what should investors do, if anything? 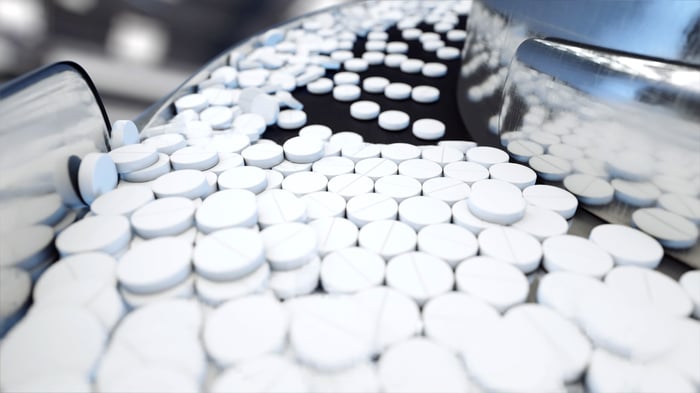 The past and present

Many attribute Kodak’s fall to the rise of the digital camera and then, the smartphone. This is actually a misconception. The first digital camera was actually created by an engineer at Kodak in 1975. The company invested billions in attempting to develop digital cameras and purchased a photo sharing website in 2001. Unfortunately for Kodak and its investors, management’s strategy was to use the site to try to get people to print their digital pictures rather than share them online.

After declaring bankruptcy, the company continued as a business focused on manufacturing chemicals, including those used to develop film. That chemical production capability now serves industrial, personal care, electronic, agriculture, and pharmaceutical industries. It’s that last industry, pharmaceuticals, that has seemingly helped Kodak to rise from the ashes.

The art of the deal

As COVID-19 cases, hospitalizations, and deaths continued to mount this summer, the Trump administration wanted to expedite production of medical supplies. To do this, they offered a $765 million loan to Kodak — initially just a letter of interest before the company underwent further scrutiny — for producing the chemical ingredients needed to make certain drugs. The formal deal was announced July 29. That date is important, as it plays a role in questions that arose surrounding the announcement.

The stock initially soared from about $2 per share to $60, and it appeared that an iconic American company could be on the path back to relevance. President Donald Trump captured the sentiment: “It’s a great name, when you think of it. Such a great name. It was one of the great brands in the world.” But despite the huge jump in the stock, questions arose almost immediately.

The most common question — “Why Kodak?” — seemed to confuse analysts the most. Kodak had obviously been unable to get the money through traditional lending. As recently as 2019, Kodak secured a mere $100 million from a private equity firm, but had to accept both higher rates and give up a portion of the company to obtain it. Another question that arose revolved around how the deal was secured. The company reported spending $870,000 on lobbying between April and June, despite not having spent any money on lobbying since a mere $5,000 in the first quarter of 2019. The expense represented about 9% of the cash the business generated during the previous year. Finally, there were questions about details regarding who was notified about the deal and when, potential insider trading, and suspicious activity from company executives.

Several of the questions were easily answered. First, the company released news of the deal to local reporters in Rochester, NY on July 27, and then asked them to delete the stories. Next, Securities and Exchange filings show Kodak CEO James Continenza purchased 46,700 shares on June 23, the same day a board member purchased 5,000 shares. The day before the deal was announced, the company granted Continenza 1.75 million shares. Almost 29% of those vested immediately, an unusual practice.

In August, the deal was delayed as the government investigated allegations of wrongdoing, despite protests from some administration officials. On Sept. 15, the Kodak Board of Directors completed an internal review and found no laws were violated, but admitted to “flaws in the process.” The deal with the federal government is still up in the air, but the company plans to move forward manufacturing drug ingredients.

When the deal was announced, Jim Continenza alone was set to make $135 million from the stock’s immediate rise. The CEO held stock options worth more than $100 million that were worthless forty-eight hours earlier when they were initially granted. As the facts have come to light, investigations concluded, and the deal was unconsummated, the stock has retreated back under $9 per share. That 450% gain from pre-announcement levels is still likely to be a hefty payday for the Kodak CEO.

It’s no wonder the once-iconic company has been making headlines lately. Expect the conversation to reignite, along with the shares, if the loan from the U.S. government comes through. Investors holding shares are definitely gambling on this outcome. What they hope is a phoenix could very well turn out to be a turkey.

Mon Oct 26 , 2020
Local artists are shifting their focus to online sales, creating their own markets and even shopping for Instacart to keep their themselves afloat amid pandemic cancelations Emma Dill   | Wilmington StarNews As she watched COVID-19 cancel Wilmington-area festivals earlier this year, Linda Callison started freaking out a little. Callison, a 60-year-old […]