It has been about a month since the last earnings report for Square (SQ). Shares have added about 11.1% in that time frame, outperforming the S&P 500. Will the recent positive trend continue leading up to its next earnings release, or is Square due for a pullback? Before we dive […]

It has been about a month since the last earnings report for Square (SQ). Shares have added about 11.1% in that time frame, outperforming the S&P 500.

Will the recent positive trend continue leading up to its next earnings release, or is Square due for a pullback? Before we dive into how investors and analysts have reacted as of late, let’s take a quick look at the most recent earnings report in order to get a better handle on the important drivers.

Net revenues of $1.92 billion surpassed the Zacks Consensus Estimate of $1.14 billion. Further, the figure improved 63.8% from the year-ago quarter and 39.3% sequentially.

The top line was driven by strong momentum across Cash App ecosystem that contributed $1.2 billion to net revenues during the reported quarter, up 361% year over year. Cash App was used by above 30 million monthly transacting active customers in June 2020. Further, disbursements of the CARES Act stimulus programs and unemployment benefits aided growth in the Cash App engagement.

Moreover, strengthening momentum across Bitcoin and strong adoption of Cash Card benefited the results. Notably, Cash Card was used by 7 million customers in June 2020, which doubled compared to June 2019.

However, weak momentum across seller ecosystem owing to coronavirus-led shelter-in-place restrictions remained a major negative, which impacted the company’s gross payments volume (GPV) negatively in the second quarter. Revenues from seller ecosystem were $$723 million, down 17% year over year.

Square has refrained from providing guidance for the ongoing quarter and the full year 2020. This can be attributed to the uncertainties related to the COVID-19 pandemic.

Nevertheless, the company’s strengthening momentum in online channels and growing card-not-present GPV are expected to act as tailwinds in the upcoming quarters.

GPV in the second quarter amounted to $22.8 billion beating the Zacks Consensus Estimate of $19.2 billion. However, the figure declined 15% year over year, which can primarily be attributed to sluggishness in the seller ecosystem during the reported quarter owing to coronavirus pandemic.

Slowdown in GPV across the company’s largest U.S. metropolitan areas was a concern. Further, decreasing GPV for the sellers across beauty, personal care, and food and drink verticals among others acted as a headwind during the reported quarter.

Nevertheless, gradual reopening of the economies and relaxation of COVID-19 restrictions remained positives as it led to quarter-over-quarter improvement in GPV.

Growing proliferation of online sales was also a positive backed by which GPV from online channels were up 50% year over year. Further, it contributed more than 25% of the company’s seller GPV.

Additionally, the company’s robust product portfolio and comprehensive ecosystem, which aidsit in attracting new sellers to its platform while retaining the existing ones, sustained momentum across larger sellers who contributed 52% to the total GPV.

Moreover, year-over-year growth of 16% in the card-not-present GPV in the second quarter was a tailwind. Robust online products, such as Square Online Store, Invoices, Virtual Terminal and eCommerce API contributed to the performance.

Transaction (35.5% of net revenues): The company generated transaction revenues of $682.6 million, down 12% year over year. This was primarily attributed to sluggish GPV from in the second quarter.

Nevertheless, growing proliferation of contactless transactions was a tailwind. Also, strong momentum across business accounts using Cash App, which generated $54 million of transaction revenues, up 216% year over, remained a positive.

Subscription and services (18% of revenues): The company generated $346.3million revenues from this category, surging 38% from the year-ago quarter. This improvement can be attributed to strong performance by Cash App, which contributed $271 million to the category’s top line. The figure was up 129% from the year-ago quarter. This was driven by robust Cash Card spending and growing Instant Deposit volume in the reported quarter. Additionally, strong performance by Square Capital on the back of PPP loans remained positive. Notably, it facilitated more than 80,000 PPP loans worth $873 million.

However, weak seller ecosystem, which generated $75 million of subscription and services revenues, down 16% year over year, remained a concern.

Hardware (1% of revenues): Square generated revenues of $19.3 million from this business, down13% year over year. This was due to declining unit sales of hardware devices.

Nevertheless, the company witnessed improved sales of contactless devices like Square Register and Square Terminal in the reported quarter.

Bitcoin (45.5% of revenues): The company generated revenues of $875.5 million from this category, up a whopping 600% on a year-over-year basis. Square continued to benefit in the bitcoin space driven by growing adoption of Cash App. Further, the company witnessed strong customer demand and growth in bitcoin actives in the second quarter.

Per management, gross profit grew 28.1% from the year-ago quarter to $596.8 million. As a percentage of net revenues, the figure came in 31%, contracting 870 basis points (bps) year over year. While Transaction, Subscription and services and Bitcoin generated profit, Hardware category reported loss during the reported quarter.

Adjusted EBITDA as a percentage of net revenues was 5.1%, contracting 380 bps from the year-ago quarter due to slowdown in seller revenues.

General and administrative expenses were $136.4 million, up 36% from prior-year quarter. This was primarily due to finance, legal and support personnel costs.

Further, sales and marketing costs were $238.1 million, up 52% year over year, due to increase in Cash App peer-to-peer payment transfer and Cash Card issuances.

Long-term debt was $1.77 billion, increasing from $1.76 billion in previous quarter.

It turns out, fresh estimates have trended upward during the past month. The consensus estimate has shifted 55.42% due to these changes.

At this time, Square has a poor Growth Score of F, however its Momentum Score is doing a lot better with a B. However, the stock was allocated a grade of F on the value side, putting it in the bottom 20% quintile for this investment strategy.

Overall, the stock has an aggregate VGM Score of F. If you aren’t focused on one strategy, this score is the one you should be interested in.

Estimates have been broadly trending upward for the stock, and the magnitude of these revisions looks promising. Notably, Square has a Zacks Rank #3 (Hold). We expect an in-line return from the stock in the next few months.

Pfizer says vaccine may be ready by end of October; Canada's top doctor urges wearing a mask during sex

Thu Sep 3 , 2020
Amid reports that the Centers for Disease Control and Prevention is telling some health officials around the country to be ready to start distributing a coronavirus vaccine by November, the chairman and CEO of Pfizer said Thursday that the company may have an effective vaccine by the end of October. […] 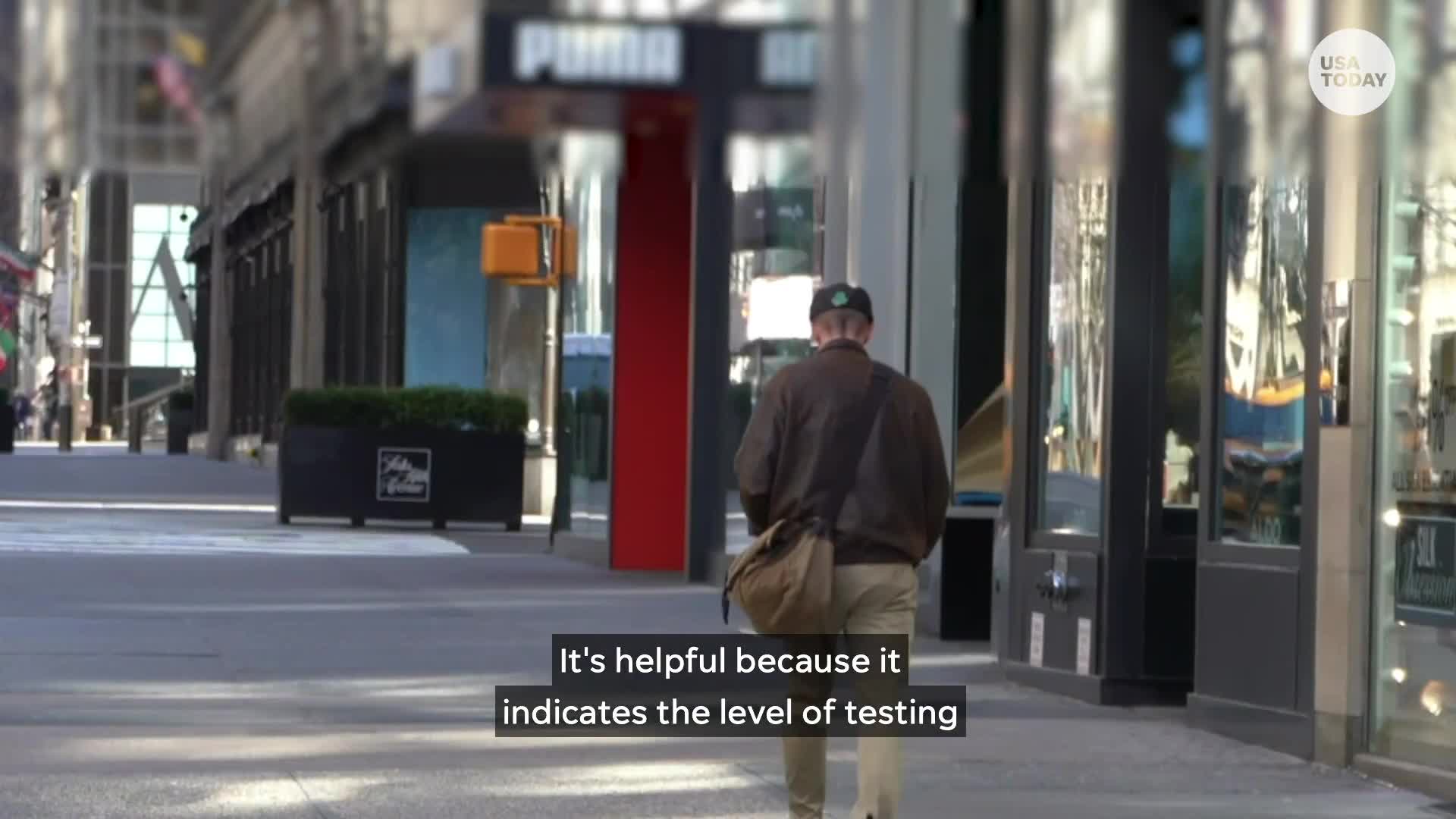