Windfarm above Tal-y-bont, Rheidol Valley, Wales, UK. ( A 10-point plan aimed at putting the UK on track for a zero emissions economy is due to be unveiled by the prime minister in the coming weeks. Boris Johnson’s previous speeches on climate change have given the impression the problem can […]

A 10-point plan aimed at putting the UK on track for a zero emissions economy is due to be unveiled by the prime minister in the coming weeks.

Boris Johnson’s previous speeches on climate change have given the impression the problem can largely be solved by technology – a flash of nuclear, a gust of hydrogen, a blast of offshore wind, a dollop of carbon capture and storage.

But a government spokesperson told BBC News we’ll all need to “work together and play our part”.

Tackling climate change, they say, will need action right across society and the economy – with a host of new incentives, laws, rules, bans, appliance standards, taxes and institutional innovations.

Let’s examine a few of the issues…

Few of the UK’s challenges are as complex or weirdly wonderful as the future electricity system, in which millions of generators and users of power will trade with each other via the internet.

Already hundreds of thousands of sites are generating energy – from householders with a single rooftop solar panel to mighty Drax power station, in North Yorkshire, with its controversial wood-burners, to giant wind farms floating at sea.

In the coming years, millions of people will want to sell the power they’re generating on their roofs.

We’ll need extra electricity because cars will run on batteries, and homes will be heated by heat pumps (which run like fridges in reverse to suck out warmth from the soil or the air). They don’t pollute, unlike gas boilers.

But that’s not the end of the story.

Yes, electric cars will increase demand – but they’ll also increase energy storage. Smart car batteries will be programmed to charge themselves when electricity’s cheapest, in the middle of the night.

The cars can then store the power and sell it back to the grid at a profit when it’s needed, at tea time. In other words, owning a car might actually make you money.

And here’s another chunk of weirdness. Smart washing machines can already turn themselves on to take advantage of cheap, off-peak electricity.

You’ll save even more money by allowing an invisible hand to briefly switch off your well-insulated smart freezer to save power at a time of peak demand.

That’ll help save your energy firm generating more electricity, so you’ll get paid a little for it. It’s called Demand Management.

But how will these millions of generators, users, avoiders and storers of power manage to trade with each other? How will electricity systems cope with this level of brain-shredding complexity?

Guy Newey from the think tank Energy Systems Catapult, warns: “There are immense opportunities in our energy future.

“But thinking through the unbelievable complexity is a really tough challenge – and it’s not clear that anyone or any organisation in the UK has the responsibility of doing that.”

Rules for a zero-carbon future

One thing that’s crystal clear is that the UK’s carbon-free future will need rules.

EU standards on appliances like fridges and vacuum cleaners are an unsung energy success story. They oblige manufacturers to make goods that do a task with less energy.

It means that although the price of electricity has gone up, consumer bills have fallen, because they’re using less.

Libby Peake, from the think-tank Green Alliance, said: “Product standards have slashed the UK’s carbon footprint, and saved the average household at least £100 a year on their energy bills.”

But she warns that shoddy products are slipping on to the market because there aren’t enough trading standards officers to enforce the rules.

She says things will get worse for people shopping online during lockdown because the majority of relevant products online are labelled poorly – or not at all.

Stricter standards are also needed for new homes. The previous Labour government mandated that all new houses should be zero carbon from 2016.

The Conservatives pushed back the date to 2025, but they’re under pressure to advance it again – a decision may be announced soon.

Many architects also want the UK to follow France and stipulate that 50% of the fabric of new government buildings should be timber – to lock up carbon emissions in the wood.

And cars will face new rules too: the proposed ban on the sale of petrol and diesel cars will be brought forward to the start of the 2030s – eventually heralding the end of the internal combustion engine.

Finance is another area requiring attention. According to Vivid Economics, the government Export Credit Agency – which underwrites British-funded projects abroad – is investing £2bn in oil and gas ventures.

Meanwhile, the UK private finance sector is one of the world’s biggest funders of fossil fuels. The former Bank of England head Mark Carney has urged financiers to disclose their assets in dirty industries because they present a business risk in a low-carbon world.

The Climate Coalition wants bankers to take a further step to actively shed polluting firms from their portfolios.

Kate Levick from the think tank e3g told me: “There’s a real urgency about this. Finance firms are financing projects today that will be contributing to emissions in 30 years’ time.”

She’s calling on the government to legislate to make the transition happen.

The coalition also wants the Treasury to set out a climate finance plan to show how ministers will finance the net-zero transition in the UK.

While we’re talking about money, the government is being urged to reconsider its priorities for expensive infrastructure projects.

Some environmentalists argue that given all the concrete needed for the track and tunnels, HS2 won’t be carbon neutral by 2050. They want it scrapped.

There’s a similar dispute about the government’s £27bn road-building programme.

One study – hotly contested by the Department of Transport – estimates that 80% of CO2 savings from electric cars will be negated by the planned roads.

The government says it’s carrying out England’s largest ever boost for cyclists and pedestrians, but greens say ministers shouldn’t be doing anything that undermines the battle against climate heating.

They say when it comes to infrastructure, home insulation offers by far the best value for money, with the greatest number of jobs.

Our government spokesperson says it “wholeheartedly” agrees with the spirit of greater citizen involvement around climate change recommended by the recent UK Citizens’ Assembly – a group brought together to consider how to make changes with least pain.

It suggested households will need to insulate their homes, and eventually get rid of polluting gas boilers.

That we should gradually eat less meat and dairy produce.

It agreed that some journeys now taken by car should be done on foot or by bike – and that the sale of new petrol and diesel cars should be ended soon.

And it wanted frequent fliers to have their wings clipped.

But how far will the prime minister’s 10-point plan spell out that people – as well as technologies – will have to change if we want to stop damaging the climate?

Sat Nov 7 , 2020
How to get the lowest 30-year mortgage rate for your refinance Refinancing your home to take advantage of today’s lowest-ever mortgage rates has been one of hottest trends of 2020. Homeowners have been refinancing at more than double last year’s pace, according to multiple sources. Mortgage rates keep sinking to […] 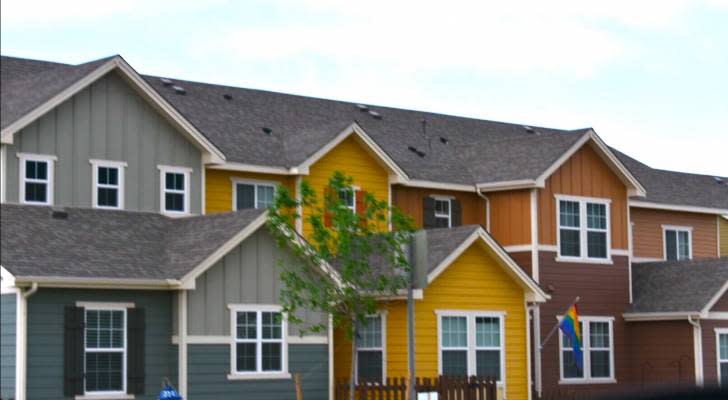