Few people ever expected to see mortgage rates slide so low, and many homeowners have been caught off guard. Thirty-year fixed-rate mortgages are now averaging less than 3% in multiple surveys — and are offering major refinance savings. Though mortgage holders have been flocking to get new loans with sharply […]

Few people ever expected to see mortgage rates slide so low, and many homeowners have been caught off guard. Thirty-year fixed-rate mortgages are now averaging less than 3% in multiple surveys — and are offering major refinance savings.

Though mortgage holders have been flocking to get new loans with sharply reduced interest rates, plenty of homeowners are still sitting on mortgages that are now too expensive.

In fact, a new report from mortgage company Fannie Mae says most mortgages with outstanding balances should be refinanced. Maybe that includes yours.

If you have a mortgage that’s closer to 4% than 3%, your monthly mortgage payment is probably hundreds of dollars higher than it could be.

Who needs to refinance?

An estimated 60% of homeowners with mortgages can chop down their interest rates by at least one-half of one percentage point by refinancing, Fannie Mae says.

“The impact of the low rate environment is that it will lock in many households with low rates for a long time lowering their overall housing costs,” says Doug Duncan, chief economist at Fannie Mae.

The numbers are even better if you’re among the millions who could make even bigger cuts in their mortgage rates by refinancing.

Some 16.3 million homeowners can shave at least three-quarters of a point (0.75) off their rates through a refi — like go from 3.9% down to 3% — and lower their monthly loan payments by an average $283, the mortgage data firm Black Knight recently said.

To achieve those kinds of savings, a refinance candidate should have a 30-year loan, a credit score of 720 or higher, and at least 20% equity in the home, according to Black Knight.

Haven’t refinanced yet? You need to catch up

“Some homeowners are in a position to benefit from a refinance even if they already refinanced in the past year,” says Matthew Graham, chief operating officer with Mortgage News Daily.

Many have been heeding the call to refinance their mortgages and save. Lenders are dealing with more than double the number of refinance loans this year as they were in 2019.

From January through April 2020, homeowners refinanced more than 1.9 billion mortgages worth $576 billion, says CoreLogic, a real estate data company. Those numbers are up from the 754 million loans with a value of about $203 billion that were refinanced in the first four months of 2019.

Just under a quarter of this year’s refinances have been cash-out refis, where homeowners tap into the equity they’ve already paid into their homes by borrowing more than the outstanding balances on their loans.

People use cash-out refinances to pay for home renovations or meet other financial goals, like paying off high-interest credit debt.

But there are better options that won’t put your house at risk if circumstances change and you can’t pay off the loan. For example, you could take care of your credit card debt by rolling it into a low-interest debt consolidation loan.

Do you need to hurry to refinance? Yes and no

Mortgage rates have gone to places they’ve never been before in large part because of the Federal Reserve’s extraordinary measures to try to hoist the economy out of its coronavirus recession.

America’s central bank has slashed a key interest rate down to just about zero and has been buying up Treasury bonds and mortgage-backed securities. Those are home loans bundled together into investments similar to bonds.

Rates on home loans are likely to go even lower next year, says Duncan, with Fannie Mae.

“The 30-year fixed rate mortgage loan could see a rate, on average, of as low as 2.75%. Some pristine, no-risk borrowers could see mortgage rates at 2.5%,” he says.

But Duncan says don’t wait around. He tells homebuyers if they find a loan today that fits their family budget, “then it’s a good time to buy.”

The advice for homeowners is similar: If you spot a loan with a substantially lower rate, then pounce — and start taking advantage of the savings. Compare loan offers from several lenders to find your best deal, because rates can vary widely between different lenders.

Be sure to take the same approach when it’s time to renew your homeowners insurance. Go online, get several home insurance quotes and review them side by side to get the right coverage at the right price.

Don't forget to take care of yourself. You can't help others if you don't.

Sat Jul 18 , 2020
Editor’s Note: This is a preview of USA TODAY’s newsletter Staying Apart, Together, a guide to help us all cope with a world changed by coronavirus. If you would like it in your inbox on Tuesdays and Saturdays, subscribe here.  2020 is relentless, isn’t it? I am not writing this newsletter to you […] 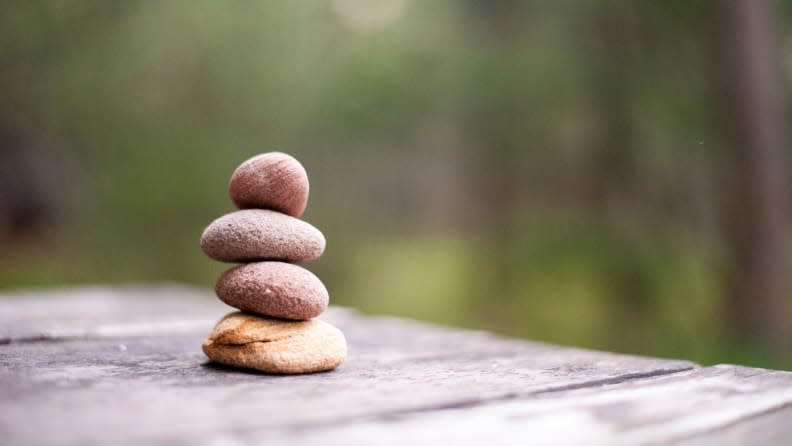