(Bloomberg) — Russian technology firm Yandex NV found an opportunity at the height of the pandemic — repurposing its army of ride-hailing drivers to provide deliveries in a country where logistics options are scarce. The venture was a success and the company will make its pivot permanent. Yandex, which also […]

(Bloomberg) — Russian technology firm Yandex NV found an opportunity at the height of the pandemic — repurposing its army of ride-hailing drivers to provide deliveries in a country where logistics options are scarce. The venture was a success and the company will make its pivot permanent.

Yandex, which also operates the nation’s largest internet search engine, is targeting 1 million daily deliveries in the near future, Daniil Shuleyko, head of the Yandex.Taxi unit, said in an interview.

Unlike in the U.S. or U.K., Russian retailers’ delivery operations were very limited when the pandemic shut down storefronts earlier this year. For example Dixy Group, one the country’s biggest grocery store chains, didn’t have its own service to transport goods to customers, and had only just started to experiment with third-party providers when the pandemic hit.

“The coronavirus has accelerated Russian consumers’ transition to online shopping, and more of them now need quick last-mile delivery,” he said. “Having taxi drivers across more than 1,000 Russian cities, we can offer this to retailers with just one click of a button.”

The coronavirus restrictions Russia introduced in late March caused passenger ridership to plunge at Yandex.Taxi, which accounted for 24% of group revenue in the first quarter.

The unit struck agreements with 16 large retailers and hundreds of small businesses since March to deliver their goods to people’s homes, and the end of lockdown measures did not lead to a reduction in deliveries, Shuleyko said. There are now “dozens of thousands” of delivery orders daily, according to a spokeswoman.

Consumers had previously used the taxi service as a courier to ship documents or items, like forgotten laptops, to each other, though Yandex hadn’t seen much potential in developing a service for companies before the lockdown.

After all, Russia is a laggard in online shopping. Digital purchases accounted for just 2% of the country’s retail sales last year, according to the State Statistics Service. This compares with a 16% online share of total retail sales in the U.S., according to researcher Digital Commerce 360.

The lockdown has spurred a shift: though Russian retail sales plunged more than 23% in April, the share on online sales at large and mid-size retailers rose to 6.6% from 2.4% a year earlier, the statistics service said.

The changes at Eldorado, a unit of M.video PJSC, Russia’s largest electronics and home appliances retailer, illustrate the dynamic. Home deliveries tripled from April to May this year compared to the same period in 2019 as stores closed and the company had to find a way to bulk up its service, which had previously consisted of couriers who traveled on foot and trucks to drop off large items.

During that period Yandex.Taxi drivers made about 80,000 deliveries for Eldorado, about 25% of drop offs. But even after shops reopen, Eldorado believes Yandex and similar taxi-delivery services may account for about 20% of home deliveries, a spokeswoman for the Moscow-based retailer said.

“Last-mile delivery is emerging as a necessity in Russia, whose online sales are less developed than in the U.S. or Western Europe,” Yandex’s Shuleyko said. “Therefore, we can jump in and give a boost to the delivery market.”

It has continued signing up retailers, Shuleyko said. The delivery service will add to revenue from taxi rides, which reached a peak of 5 million daily passengers in March before measures to contain the virus were put in place.

The expanded taxi service has also helped Yandex.Eats — which previously delivered from restaurants using couriers who were on-foot or riding bicycles — to expand its delivery area. And it enabled its Yandex.Lavka online grocery service to cover most of Moscow and St. Petersburg, instead of being limited to districts where it had warehouses, Shuleyko said.

Tue Jun 30 , 2020
Arriving on campus kick-starts a year of firsts for college freshmen, and Abbey Shea was excited about all of them. Her first introduction to new roommates who may become lifelong friends, first semester away from home, first foray into independence. And then her Port Orange, Florida, high school postponed its […] 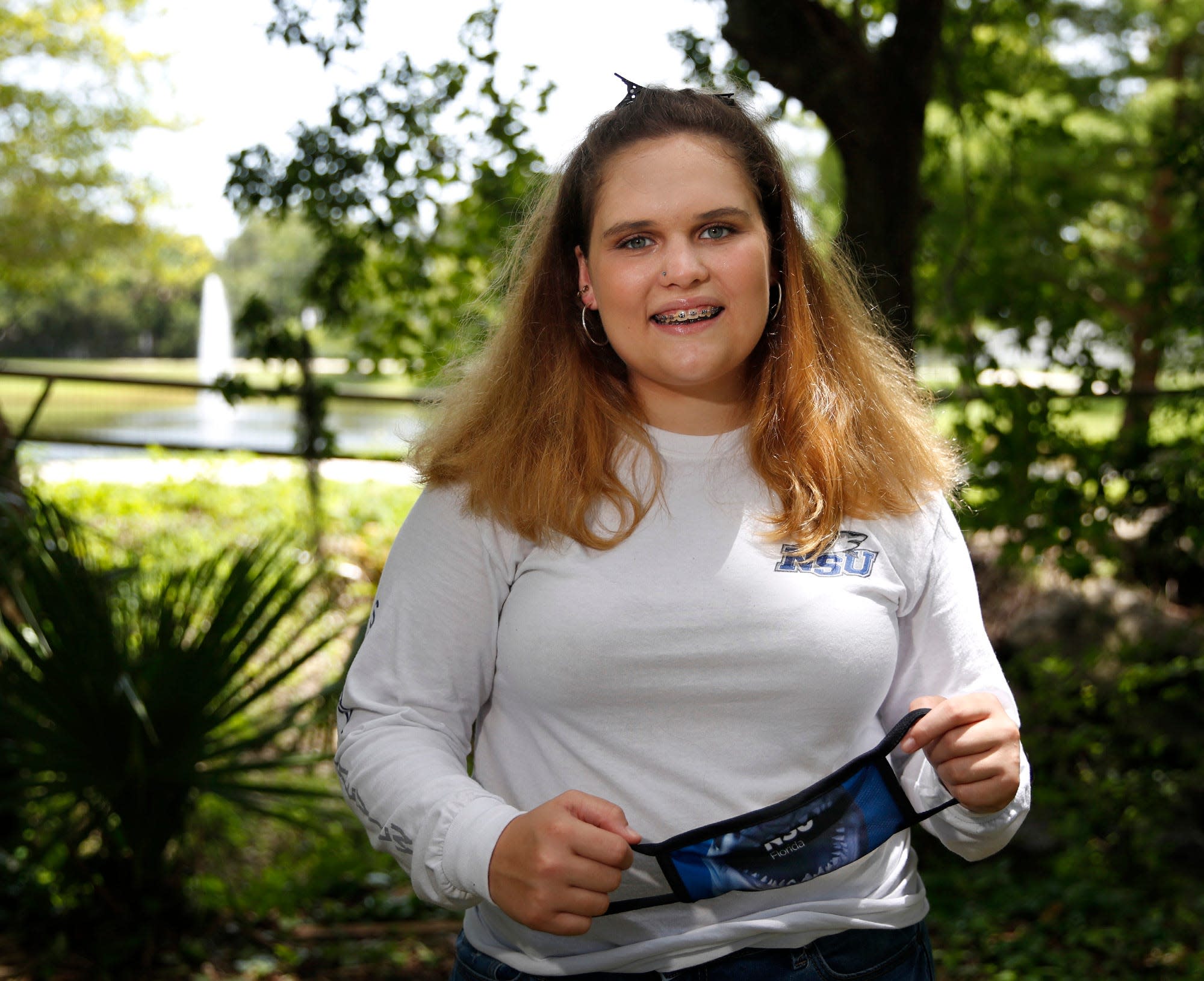