Yelp (YELP) has announced that it will now place a distinct Consumer Alert on business pages to caution people about businesses that may be associated with overtly racist actions. The online review giant has revealed that reviews mentioning Black-owned businesses were up more than 617% this summer compared to last summer. Support […]

Yelp (YELP) has announced that it will now place a distinct Consumer Alert on business pages to caution people about businesses that may be associated with overtly racist actions.

The online review giant has revealed that reviews mentioning Black-owned businesses were up more than 617% this summer compared to last summer. Support for women-owned businesses has also increased, with review mentions up 114% for the same time period.

However, while searches for Black-owned businesses surged on Yelp, so did the volume of reviews warning users of racist behavior at businesses, the company stated.

“As the nation reckons with issues of systemic racism, we’ve seen in the last few months that there is a clear need to warn consumers about businesses associated with egregious, racially-charged actions to help people make more informed spending decisions” Yelp wrote.

Now, when a business gains public attention for reports of racist conduct, such as using racist language or symbols, Yelp will place a new Business Accused of Racist Behavior Alert on their Yelp page to inform users, along with a link to a news article where they can learn more about the incident.

This new addition is an extension of the recently-introduced Public Attention Alert. Between May 26 and September 30, the company placed more than 450 alerts on business pages that were either accused of, or the target of, racist behavior related to the Black Lives Matter movement.

Shares in Yelp have plunged over 40% year-to-date and the stock scores a cautious Hold consensus from the Street. That’s with 2 buy ratings offset by 7 holds and 3 sell ratings. Meanwhile the average analyst price target stands at $25 (21% upside potential).

RBC Capital’s Shweta Khajuria recently reiterated her hold rating on the stock while boosting her price target from $21 to $29. Khajuria views Yelp as a “vaccine” stock—with the release of COVID vaccine and the reopening of the economy, Yelp should benefit substantially in terms of foot traffic for businesses as well as app traffic.

But until then, there remains too much uncertainty. “While we are encouraged by Yelp’s Ad Revenue resiliency and the company’s ability to enhance its liquidity position, we believe there remains a considerable level of uncertainty in the near term given the current macro environment, and it could take several months before we see normalcy again” the analyst concludes. (See YELP stock analysis on TipRanks).

If Biden falters in the Midwest, Democrats are banking on Arizona as an insurance policy

Mon Oct 12 , 2020
Call it their fail-safe option. If Joe Biden were to lose a critical Midwest battleground like Michigan or Wisconsin, Democrats are counting on Arizona to bail him out, acting as a potential replacement state with enough electoral power to prevent President Donald Trump’s re-election. After Trump carried this emerging swing […] 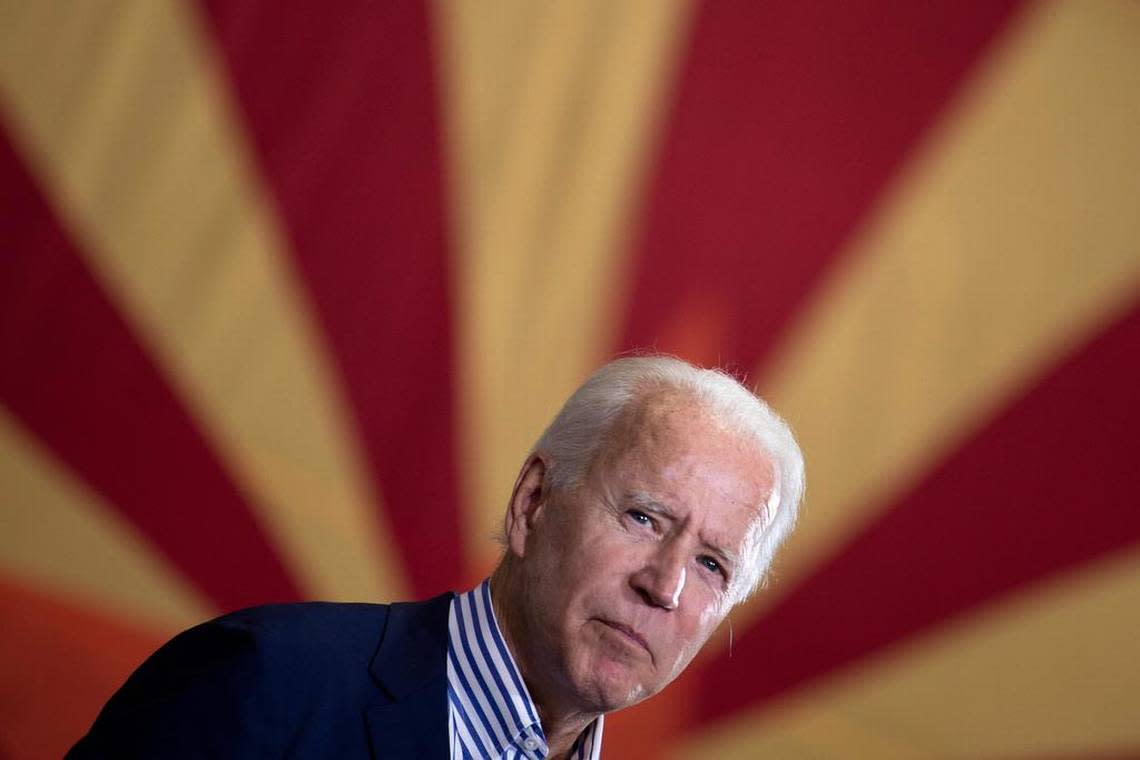