The young couple carries shopping bags and walks through the mall, wearing protective masks, life in a time of pandemic. The pandemic has changed everything, and Black Friday is no exception. This year, because of social distancing guidelines, there will be no pushing through in-store crowds to score the best […]

The pandemic has changed everything, and Black Friday is no exception. This year, because of social distancing guidelines, there will be no pushing through in-store crowds to score the best deals and no pressure to shop on only a handful of days, as the retail event is being spread out throughout November. Some retailers, such as Walmart, are kicking off Black Friday specials as early as today. And deals likely will extend well beyond Cyber Monday.

?Retailers are going to be firing on all cylinders for as long as they can when it comes to holiday deal hype,? said Kristin McGrath, editor and shopping expert at BlackFriday.com. ?So expect a lot of noise around deal announcements as stores try to position themselves to get as many holiday spending dollars as possible.?

Sara Skirboll, shopping and trends expert at RetailMeNot, also noted an expansion of days with deals.

?Over the years we?ve come to see Black Friday and Cyber Monday start to merge into one long event,? Skirboll said. ?We used to call this the five days of savings, but this year we see it extending even longer than that. Retailers like Walmart have already announced their Black Friday Deals and are running them even earlier, with deals hitting almost each week in November leading up to Black Friday.?

How can shoppers best navigate this extended Black Friday/Cyber Monday period? GOBankingRates assembled this guide for exactly that purpose. Read on to learn the best strategies to implement and what categories to shop for the greatest savings opportunities.

Shopping Will Be Mostly Online This Year

?According to our survey data from this year, more shoppers say they?ll shop primarily online than in stores this holiday season,? McGrath said.

Retailers are heeding the consumer preference and offering shoppers even the most extreme doorbuster deals online.

?Some retailers, including Walmart, Macy?s, Bath & Body Works and others have announced they?ll offer Black Friday deals online during Thanksgiving,? McGrath said. ?And that actually isn?t very different from past years. For the past several Black Fridays, it was rare to find in-store-only doorbusters on Thanksgiving. Most major retailers simply offered the same deals online. The only reason to go to a physical store was if an online deal sold out, or if you really enjoyed going to stores on Thanksgiving.?

This year, the only reason some shoppers have to go to a store is for curbside pickup. A recent report from Incisiv commissioned by Manhattan Associates found that 85% of shoppers have significantly increased curbside pickup orders since the pandemic struck, and 79% said contactless store pickup is very important to them.

?Shoppers can expect Black Friday deals to appear as early as several weeks before the ?official? date of Black Friday,? McGrath said. ?Retailers like Home Depot, Target and Walmart have already announced early Black Friday sales, and some of those events are already going live. With potential shipping delays, early holiday shopping would be a good strategy to snag good deals and get everything on time.?

Here?s a look at the categories retail experts expect to see significantly discounted for the holiday.

TVs long have been a recommended buy during Black Friday, and that isn?t changing this year.

?Everyone is still shopping for TVs, the tech is always improving and consumers want the latest and greatest features,? said Julie Ramhold, consumer analyst with DealNews.com. ?In fact, prices get better every year. In 2020 we know Walmart will have a 55? TCL 4K Roku TV for $148 during its second Black Friday event, and Best Buy will have a 50? Samsung QLED TV for $498; we?ll also see a TCL 75? smart TV for only $500.?

?Smartphones are similar to TVs in that they?re a piece of tech that theoretically improves every year ? and even if it?s not improving, consumers still want the latest features,? Ramhold said. ?Black Friday is a great time to shop smartphones in general, but it can also be a prime time to snag the most recent smartphone releases at a better price. This year shoppers will be able to get the latest Samsung Galaxy phones bundled with up to $500 in eGift cards, or last year?s iPhone 11 lineup with up to $450 in eGift cards.?

iPads and other tablets also are expected to be discounted.

?Audio is one of those areas where people upgrade when they can, so there?s always someone looking for better sound equipment,? Ramhold said. ?Fortunately, Black Friday is a good time to do it, as we tend to see discounts up to 60% off. We already know Best Buy will be knocking 50% off select speakers during its Black Friday event.?

?Like any other tech, this is a category that just improves over time. Laptops are a huge seller every Black Friday, whether consumers need them for specific purposes this year like working from home or for virtual school or they just want to get a newer and better system,? Ramhold said. ?We?re expecting up to $500 off select laptops this year, with prices starting around $120 or so for basic models. If you?re looking for Chromebooks, we should see even cheaper deals. Last year we saw prices as low as $89 on new models, and while we could see that again this year, we expect to see them go for at least as low as $99.?

?Cameras can be a pretty big investment but fortunately Black Friday continues to have decent discounts,? Ramhold said. ?While they won?t be jaw-droppingly cheap, we are expecting savings of $400 in some cases. Expect to spend at least $500 if you?re looking for a mirrorless or DSLR camera, but things like GoPros can be cheaper. A GoPro Hero8 bundle is set to be $300 at Best Buy this year, while the GoPro Hero9 will drop to $400.?

?Black Friday is a good time to buy furniture, but only if you?re looking at bigger pieces,? Ramhold said. ?Mattresses and bed frames are both popular items to be found within Black Friday sales, but also sofas and dining sets. Macy?s will have Serta queen mattresses for as low as $199 this year, along with select bed frames under $400. Sofas will be under $1,000 and a 7-piece dining set will be $599.?

?Black Friday clothing sales are still worth shopping, especially if you want autumn-appropriate pieces,? Ramhold said. ?Coats will see some sales, but odds are they?ll see better discounts in January when retailers start trying to clear shelves to make way for spring selections. But for Black Friday, we?re expecting up to 80% off kids? clothing, men?s suits for $100 or less at stores like Macy?s, and women?s boots for $20 or less at stores like Kohl?s and Target.?

Ramhold added that while accessories might not top a lot of shopping lists, this category also will see some discounts for Black Friday.

?We should see watches discounted up to 70% off this year at stores like Walmart, whereas Amazon will knock up to 45% off,? Ramhold said. ?Designer handbags will be another item up for grabs, with savings around 60% off and prices even falling below $100 in some cases.?

?Beauty still has great sales during Black Friday, which makes it a great time to stock up,? Ramhold said. ?This year we?ll see 50% off brands like Kiehl?s, Urban Decay, Smashbox and tarte at Macy?s, along with 50% off fragrances from Marc Jacobs and Clinique.?

?The only time consumers can really save on appliances, large and small, is around big holidays,? Ramhold said. ?Black Friday is no exception, and this year we?ll see small appliances like waffle irons, panini grills and rocket blenders for as little as $8 each after mail-in rebates. With bigger appliances, shoppers will be able to earn gift cards with certain purchases at Best Buy this year, and everything from kitchen to laundry room appliances will be on sale.?

?Home items in general are one of the more popular categories on sale during Black Friday, and they tend to have decent discounts,? Ramhold said. ?Macy?s will have a 3-piece bakeware set for $18 this year, as well as a 15-piece knife block set for $20, and the store will also take 60% off select Martha Stewart kitchen items. Home items like bedding and bath will drop to super low prices as well, with pillows between $2 and $5 at stores like Kohl?s and Macy?s, towels for as little as $3 each, and 3-piece comforter sets for $20.?

?We routinely see really great price drops on smart assistant gadgets from Amazon, Google and even Apple around Black Friday,? Ramhold said. ?Apple discounts are rare, but you can typically find a HomePod for about $200 on sale during the Black Friday season. Amazon and Google deals tend to be even more affordable ? we?ve already seen retailers like Best Buy pick up Amazon?s Prime Day pricing on Echo products this year, including the Echo Show 5 for $45. That deal will be hitting other stores in November, as well, though. While we haven?t seen any Google deals confirmed yet, we do expect them to make an appearance as well.?

?This year shoppers can expect to save up to $50 on select Fitbit models, including the Versa 2, Charge 4 and Sense. Even the newer Versa 3 will be discounted, but only $30 or so,? Ramhold said. ?Consumers can also expect Samsung Galaxy Watches to be on sale, with Best Buy taking $70 off select models. Additionally, Fossil smartwatches will be on sale with savings of $100, and Apple Watch Series 5 will see discounts of at least $75 at Best Buy.?

Please note photos are for illustrative purposes only. As a result, some of the photos might not reflect the specific products mentioned in this article.

This article originally appeared on GOBankingRates.com: Your Complete Black Friday and Cyber Monday Shopping Strategy for 2020

Thu Nov 5 , 2020
Partner content by StackCommerce It’s safe to say that data plays a significant role in everyday life. It determines everything from what you see in your YouTube recommended videos and the digital advertisements you come across on Google to how most companies make business decisions. As such, the demand for data-related skills […] 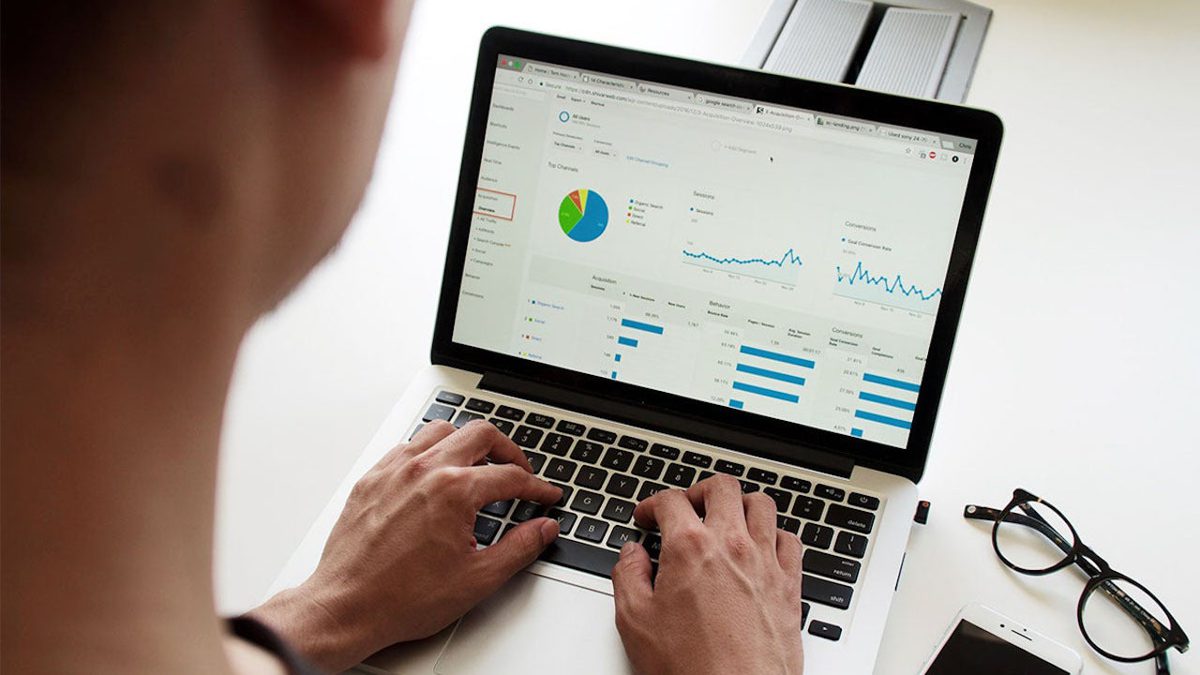