ZAK Hardaker hopes to make it an awesome foursome of Grand Final victories and to banish the unseen. For he has never watched the final he should have played in, only to miss out through his drugs shame. 5 Zak Hardaker wants more good Grand Final memoriesCredit: SWPIX.COM The Wigan […]

ZAK Hardaker hopes to make it an awesome foursome of Grand Final victories and to banish the unseen.

For he has never watched the final he should have played in, only to miss out through his drugs shame.

The Wigan star should have been the focal point of the attention for the right reasons after inspiring Castleford to the 2017 showpiece – it was the exact opposite.

Hardaker was nowhere near the pitch after failing a drugs test after taking cocaine.

Vilified by many in his home area, he sat out 14 months – a ban reduced because of ‘exceptional circumstances’ – before returning to rugby league at the Warriors.

However even now, three years later, he has not seen a second of his then club’s loss to Leeds – and is not likely to either.

Hardaker said: “I’ve been in three Grand Finals and won three, so I’m 100 per cent on that one.

“With the Castleford one, I didn’t bother turning it on anyway, I’ve still not seen it to this day.

“I didn’t even have the TV on, I was in a bit of a bad place. I didn’t have rugby league in my mind whatsoever.”

Now Hardaker has emerged a changed man, he is one step from completing a big part of his rehabilitation as he faces St Helens in a Grand Final some thought would never happen because of Covid-19.

And the 29-year-old believes Adrian Lam’s side, which snatched a third straight League Leaders’ Shield from their rivals by beating them, is in the mood to add the title.

The way they learned from their Challenge Cup semi-final defeat to Leeds and dealt with their final regular season match against Huddersfield proved that.

He added: “We’ve been really confident since that Leeds Rhinos game that kind of embarrassed us, it really fuelled us.

“I’m really confident we can go that step further and win it. We feel like we’re a really well-oiled machine at the minute. If something doesn’t go our way, we’re not panicking.

“That’s been shown in games and the confidence in the boys, whatever the case is, means we’re confident if we stick to our structures.

“At half-time against Huddersfield, you could see a few players were a bit jittery and nervous. I could sense that. Mentally, it was tough for us.

“If we won we were league leaders but if we lost we were third, which is a big drop. There was a lot riding on it and it was a nervy game, especially when it was 6-6 at half-time.

“But our young players are into the rhythm now, they know where they need to be, what they need to do and what’s expected.

“Winning the semi-final was weird as it didn’t feel like a proper one. I’ve been there when you’ve won – fireworks are going off, fans are going crazy, everyone’s jumping on each other – you can’t do that as you get fined!”

As well as personal motivation to banish 2017’s demons, Hardaker only needs to look to his side to get even more – retiring legend Sean O’Loughlin.

However, he hopes the captain gets the chance to round off his career by putting the boot in, with a goal.

Hardaker said: “I tried to get Lockers to take the two in that last minute of the semi but he wasn’t bothered for it.

“I asked him about four times, I was like, ‘Come over, come over.’ He was like, ‘Nah, I’m not bothered.’ Fingers crossed we’re in a situation where I can give him a kick in his last ever game.

“We’ve spoken about not wanting to let ourselves down for Lockers. It’s really important to send him out on a high.

“We ticked the box of sending him out at the DW Stadium with a win, now we’ll revisit that. We want to send him out with a Grand Final winners’ ring – he deserves that.”

What is Mike Tyson’s net worth and how does he earn cash now?

Arsenal transfer news LIVE: Follow all the updates from the Emirates

GO WITH THE FLO

Mon Nov 23 , 2020
Get smart in 2020 This year has proven to be financially challenging for many folks. Many have lost their jobs and/or large chunks of their retirement savings due to the pandemic. While things are rough for many, there are tried-and-true methods for getting your finances under control. You may not be […] 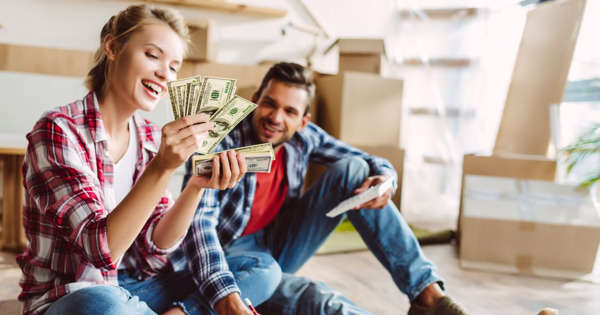